In November 2014, the voters of Jefferson County, Washinton, elected me their Prosecuting Attorney.  I am grateful and humbled by the trust placed in me.

The Office of the Prosecuting Attorney carries with it many responsibilities.  Most widely known is the obligation to prosecute felony, juvenile and misdemeanor cases.  Felony cases include anything from the theft of a laptop computer to aggravated murder where the only two possible outcomes are life in prison or execution.  Juvenile offenses tend to involve alcohol, damage to property and break-ins although much more serious charges are possible.  Misdemeanor offenses frequently I nclude DUIs, domestic violence assaults and lesser property crimes such as shoplifting.  A vast majority of cases involve drugs, the drug known as alcohol or mental health issues or some combination thereof.

Although most cases are resolved through settlement, our Office tries cases in the District and Superior Court and convictions will be defended on appeal to the Court of Appeals and the Supreme Court.  In extremely rare cases that could include the U.S. Supreme Court.

Our office utilizes a variety of tools to resolve approximately 1600 cases per year.  Some people will go to prison.  Others are appropriate for therapeutic courts such as drug court and mental health court.  Other cases result in diversions or continuances for reduction of charges where the offender has little or no criminal history and public safety issues are thoroughly addressed.  Others will serve a jail sentence, serve time on electronic home monitoring or perform community service or pay fines.  In all scenarios, community safety, what serves the victim and what is best for the offender in terms of punishment or treatment designed to reduce recidivism - will be evaluated.  Where drug court or mental health court are concerned, a team of experts will be involved in the evaluation process.

In addition to criminal prosecutions, the Office also provides services to crime victims through a Crime Victims' Coordinator.  These services include letting crime victims know their rights under Washington's statutes, letting them know court dates, sitting with them during interviews with defense attorneys and in court hearings, and helping them access financial services for things such as counseling and restitution.

The Office also handles child support enforcement matters.  Washington State is among the top states in terms of collecting child support and yet we only collect about 50 cents on the dollar.  The Office runs an aggressive program for getting absent parents to comply with their court-ordered child support obligations - or face contempt of court proceedings.

The Office serves as civil legal counsel for all County departments and boards.  If you think of the County as a corporation we are essentially corporate counsel for the County - with one complicating factor, this "corporation" can make laws, condemn private property, seize assets and impose taxes.  The duties of the civil prosecutor can be as routine as providing input on an employee issue to providing advice to County Commissioners on  critical ordinances and then defending the legitimacy of those ordinances at the trial court level on up to the Supreme Court.

The Office also represents the school districts in Jefferson County in truancy matters.  We are also involved in mental health commitment procedings.

In small counties in Washington State with less than 40,000 people the Prosecuting Attorney also serves as the County Coroner.  Thanks to a very good working relationship with the Sheriff's Office all deputy sheriff's are also deputy coroners.  That said, myself and my deputy prosecutors will respond to all complex cases where foul play may have occurred and coroner calls within the City of Port Townsend 24/7/365. The role of the coroner is to determine cause and manner of death.  We frequently work with a pathologist who performs autopsies at our direction.  This work takes us out the courtroom fairly frequently.  As I write this on a three day weekend, one of my deputies responded to a coroner call at the BoatHaven Saturday.  He and I then attended two autopsies Sunday.

As Prosecuting Attorney my deputy prosecutors and myself serve on a number of teams -  risk management, Juvenile Offender Information Network, mental health court, drug court, TOPSIDE court for juveniles, a domestic violence team, child abuse team, etc.  Involvement in these groups provides for better communications in the event of a critical incident, they provide training, they act as a sounding board for complex cases needing real world solutions and they are a source of expertise within the law and justice community.  Finally, these various teams and groups provide an incubator for the birth of fresh ideas that lead to the creation of such things as drug court and mental health court and other programs that lead to a healthier community.

Finally as one of 39 prosecuting attorneys in Washington State I am in a unique position to influence law and justice legislation so it reflects our community values. 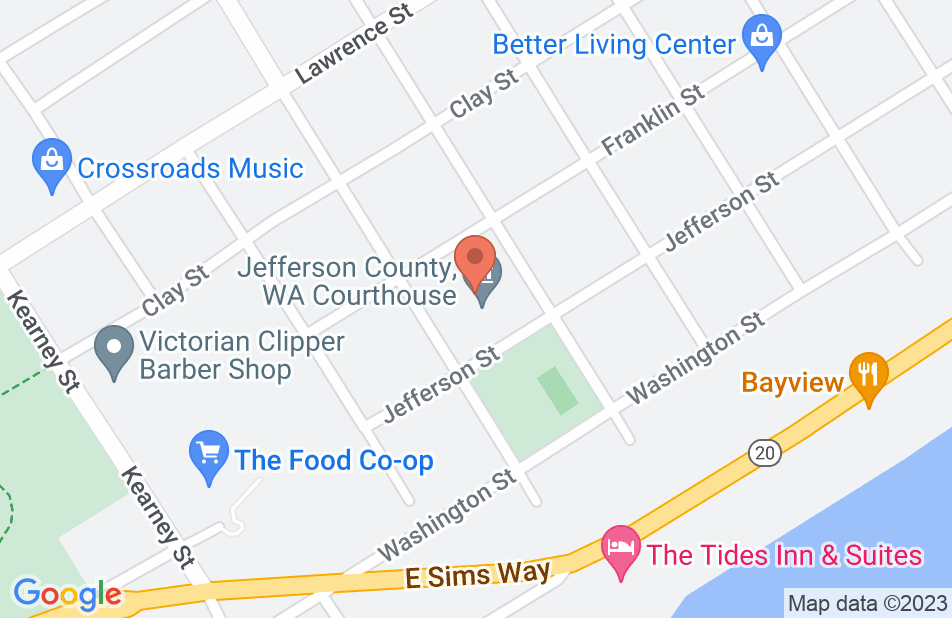 I have recently used Mr. Haas in civil litigation work. His ethics and principles are above reproach. He is capable, king, and a real problem solver.

Michael Haas is a great choice among seasoned lawyers.

In a personal injury matter, Mike provided me truly impressive service in all aspects. He was able to rapidly grasp the important issues in my case and brought it to a successful conclusion through settlement without lengthy court proceedings. He has both breadth and depth of experience in law, and this was immediately obvious to me. I have worked with several attorneys for both personal and professional matters, and he is clearly the best that I have encountered, including those in my own family. He is both competent AND compassionate, and in my view this is an all too infrequent combination in both law and health care. I recommend him without any reservations whatsoever.

An attorney worth a serious consideration.

Hired Mr.Haas almost 2 years ago for my criminal case. He advised a plan for my defense and it has been able to keep me out of jail. He knows what he is doing and has been nothing but professional and courteous. I would advise anyone looking for an attorney in Jefferson County to talk to him first.

Slower than expected with answers

my last review was incorrect. Mike is extremely busy and may not be able to be as responsive as needed. This is the reason I haven't been getting what I needed after the case ended. Once available he is really working for me. So since my last report, he was really different and changed once he finally responded to me. Probably didn't know how to answer me. Still it is a bear having to go to court. I still liked his answers, but takes too long to get them sometimes .

Michael Haas did very little to move my case forward. When I decided to part ways, he provided me with a case folder that seemed thrown together and incomplete. He said he would send me an invoice and the remainder of my retainer of $5,000.00. I received neither. He did not respond to any emails, phone calls, or letters requesting the invoice and retainer remainder after 4 (+) months. While he "represented" me, he rarely responded to any inquires and spent much of the time patting his own back in the four face to face meetings I had with him. He is currently running for Superior Court Judge. I would think again before voting for him! I would definitely not recommend him to a friend.

I endorse this lawyer. Michael Haas has years of hands-on experience and the know-how required to reach the best outcome.

Mike is an outstanding attorney. He took over a complex criminal case from another attorney who did not see much hope for a successful outcome. Mike was not so easily discouraged. Mike scoured the police reports for inconsistencies and used the public disclosure act to obtain additional material that the prosecution had not provided. The case was ultimately dismissed following a successful suppression motion. I have no hesitation in endorsing Mike Haas as a top-notch attorney.

We worked a murder case together a number of years ago and I found Michael Haas to be an excellent attorney and person. He is very intelligent and caring and will represent you with purpose. Don't hesitate to call Michael Haas if you need his services.

I endorse this lawyer without reservation. Mike is thorough, intelligent, and an aggressive advocate for his clients. His work on a major suppression motion, in which he prevailed, was nothing short of brilliant. I have seen his work in court and out on all sorts of cases, and am impressed every time. As a person, Mike is honest, trustworthy, and reliable in every aspect of life. If one needs a top flight attorney, combining aggressive representation with intellect, decency, and preparation, I suggest you retain Mike Haas.

If there is a needle in the haystack that will win your case, Michael Haas does not stop until he finds it. Attorney Haas is an excellent defense attorney who excels at pre-trial litigation. Wouldn't you rather have your case dismissed on that needle Mr. Haas found, than risk going to trial? Mr. Haas is THAT lawyer. Give him a call.

Mike is a seasoned and skilled attorney and is knowledgeable about many areas of the law, including both criminal and civil types of cases. I would refer unconditionally.