Handling all personal injury/ Insurance matters throughout Washington. Call for a free consultation

A native Washingtonian, Al grew up in Kent and graduated from Kent-Meridian High School. He graduated from Oberlin College with a degree in government (political philosophy) with high honors and then pursued graduate work in political philosophy at Yale University. Al then moved to New York City to work as a jazz bassist before attending Brooklyn Law School, where he served as Executive Articles Editor for the Brooklyn Law Review. Missing the Pacific Northwest, after earning his J.D., Al returned to Seattle with his new wife and served as law clerk to Judge Barbara Durham of the Washington State Court of Appeals for a year before becoming a Deputy Prosecutor with the Criminal Division of the King County Prosecutor’s Office.  Al served in that capacity for almost six years and tried numerous felony cases ranging from sexual assault and child abuse to homicides. In 1990, Al left the Prosecutor’s Office and spent the next 18 years as house counsel for major insurance companies and in private practice focusing on civil litigation and specifically, insurance defense and construction defect matters.

Al lives in Seattle’s Queen Anne neighborhood with his wife, also an attorney. Their daughter is a student at Bellevue College. Outside his law practice, Al is a bass player in the local jazz scene and an avid (though mostly unsuccessful) fly fisherman. He also tutors regularly through Seattle's Invest in Youth organization. 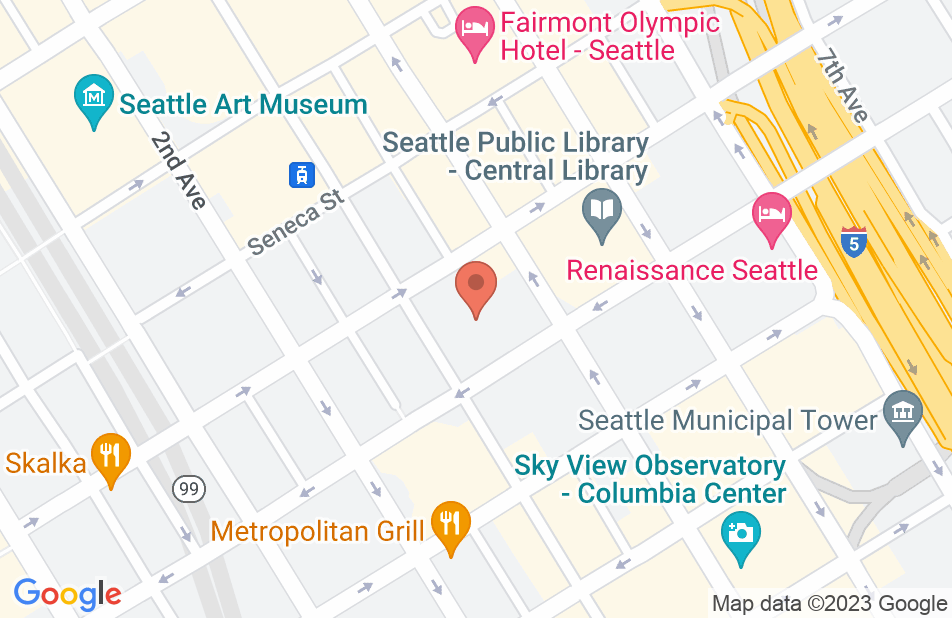 Great lawyer who fight for you

Allen is a great lawyer who is very thorough, details oriented, smart, and responsive. He helped me prepare for and received favorable decision for the civil case I had against a bad contractor. Allen communicate with me clearly and easily, he also worked hard to prepare my case.
This review is from a person who hired this attorney.
Hired attorney

I engaged Allen for a claim against a flooring manufacturer after exhausting all other options. The moment I started working with Allen, I knew my claim would be in good hands. He leaves no stone unturned and constantly asks the right questions to ensure he's constructed the strongest possible argument in the client's favor. In addition to his tenacity and attention to detail, he is sincerely a very compassionate and kind individual. Filing a claim can be an extremely stressful experience. Working with Allen removed the bulk of my worry because he proved that I could trust his expertise and counsel. I highly recommend Allen without reservation.
This review is from a person who hired this attorney.
Hired attorney

Allen Shabino is a very detail oriented lawyer. He reviews all aspects of a claim and has exceptional experience as a defense attorney for insurance companies, which allows him to see both sides when defending a personal injury client. It makes more effective as a representative and negotiator. I found him to be thorough, reliable and effective in negotiating a settlement for a personal injury lawsuit resulting from a motor vehicle accident. I would highly recommend him.
This review is from a person who hired this attorney.
Hired attorney

My health insurance provider denied to pay for a necessary heart mitral valve repair on the basis of an 11th hour review of a scheduled Mitral Valve repair procedure and determined that the proposed procedure was would not be covered by my policy. Not having received notification I showed up at the hospital a 5:30am as requested only to be told that the procedure had been canceled. Granted all parties were aware that this was an "experimental" procedure but just the same over 1000 such procedures had been performed under the supervision of the FDA with tremendous success. The word experimental was the stumbling block which determined if I could have the procedure or would be required to have an open chest procedure, which the insurance company would only gladly pay. My challenge was to select an open chest procedure also brought with it a a 50% chance of survival. At this time i realized that I was out of my league and sought help. God Bless Mr. Shabino who came to me as a referral. He took the time to understand the case and explained that chances of the insurance company reversing their original decision was remote, but he understood my situation and took the case because he believed it waws the right thing to do. Mr. Shabine set about to develop the case to appeal the panel of eight experts assembled by the insurance company based each members understanding of right and wrong. His bacts were excellent, His precsentation was relentless. In the end the panel was happy to reverse their original decision and agreed to allow the procedure.

I came to Mr. Shabino with what appeared to be an absolute loser of a case in which I was being sued for close to $20K by a major auto insurane company. My existing lawyer handling (or mishandling) the case needed to be removed from my representation at the last minute do to poor performance. I had resolved myself to the fact that I would be responsible for the full amount of damages and attorneys fees. Mr. Shabino miraculously turned my misfortune around, ultimately negotiating the insurance company down in their claim amount and convincing the previous attorney handling my case of his liability etc., resulting in my damages being covered in whole. Mr. Shabino is professional, knowledgeable and responsive and I highly recommend him.

Mr. Shabino negotiated a bad faith claim on my behalf against a major automobile insurance company. He respected my wishes not to become involved in a protracted court battle and achieved a worthwhile settlement. I recommend him for this type of case on an unqualified basis.

Al Shabino is an excellent attorney. He has a sharp mind, thoroughly and carefully analyzing his cases, and fully preparing for all aspects of a case. Any client of his can be assured of superb representation.

Al is an awesome advocate in all phases of personal injury practice. He goes all in for his clients. Dogged and unrelenting, he leaves no stone unturned and achieves phenomenal results. You cannot find a better attorney to represent you in injury claims.