After growing up near Memphis, Tennessee, James Buckley served two years in the Vietnam War and was awarded various medals for his service, including the Bronze Star and Purple Heart. He then went on to study at Memphis State University and the University of Washington, graduating in 1974 with a Bachelor of Arts degree in psychology. In 1977 he received his Juris Doctorate from the University of Oregon Law School.

Subsequent to graduating from law school, Mr. Buckley worked for three years as a prosecuting attorney in Olympia. Beginning in 1981, he worked as an associate attorney in private practice, and became a partner in a law firm. Mr. Buckley opened Buckley & Associates in Tacoma in 1983.

Today Mr. Buckley continues his legal education by attending seminars and conferences. His emphasis is as a trial lawyer handling serious injuries and wrongful death matters. He is also a hearing examiner with the Washington State Bar Association and serves as an arbitrator for King, Pierce, and Snohomish counties.

His proudest accomplishments are being a father of three children and building and maintaining a successful law firm. 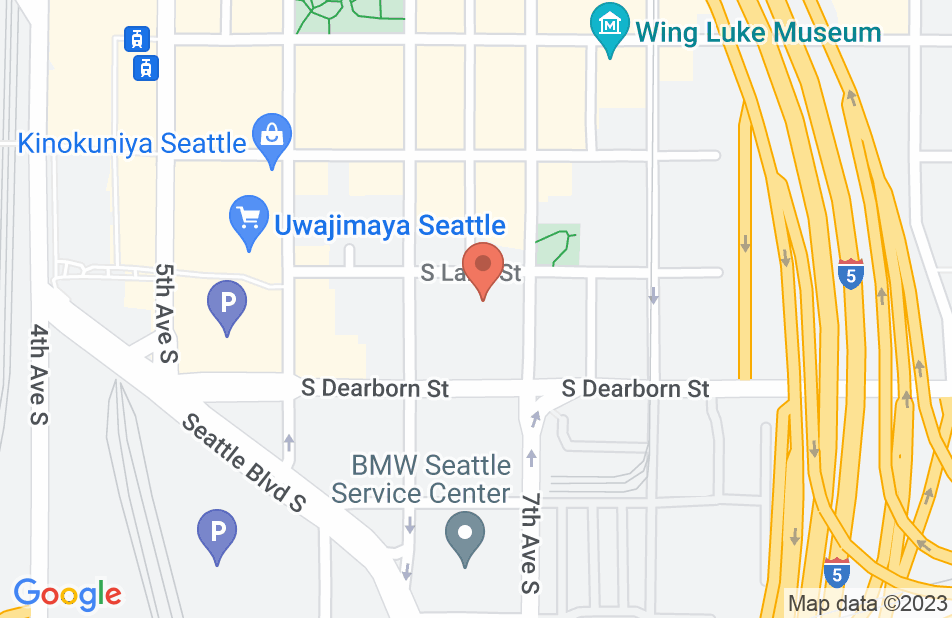 I was in a coma for 4.5 months. During that period, Mr. Buckley was able to produce money for my wife to pay for my bills. Mr. Buckley and his associate Ms. Paige Lee visited me often in the hospital keeping me up to date on what was going on. Mr. Buckley is one of the most professional lawyers I have ever met and would highly recommend him to everyone. Again, I am very happy and proud to also call him my friend.

Mr. Buckley is the quintessential attorney. We are grateful for his expert and kind manner. If you want someone to handle your case with diligence and care, someone that will give you peace of mind, then call Mr. Buckley. Mr. Buckley is truly an advocate for his clients. In my case, the outcome was beyond my expectations. We would not hesitate to recommend him to anyone seeking highly legal help.

An excellent Lawyer and Law Firm you will need for life.

I strongly recommend Buckley & Associates for auto and medical legal cases because under the leadship of Mr. James Buckley, the lawyers there are dedicated, caring, and work extremely hard to represent and fight for you. They represented me and my family for a few auto claims and one medical claim. We were very happy and satisfied with their services. Therefore we recommended the firm to our friends and my friends are very satisfied as well. Give them a try and you will know how awesome they are!

I was involved in a car accident and have referred to James C. Buckley. He's expertise and professinalism was remakable. I was treated excellent and very pleased with the service. I have personally recommended him to several friend and colleagues.

Dear Mr. James C. Buckley, You are a very reliable attorney. I retained you for several cases and do not hesitate in recommending you to my friends and clients.

I can't thank Christine enough for what she has done for me. This company has helped me be prepared for a disposition. When I didn't have a ride to the office where the disposition was going to take place my lawyer Christine offered me a ride. Christine has done a great job I believe she handled my case efficiently and professionally. Always on top of my case and constantly informing me how my case was going. This is the best firm to assist you and this company will fight for your rights.

Buckley & Associates has always been there for me when I needed help. Thanks to their efforts, the insurance company finally settled and I was able to get on with my life. I can not thank you enough.

James has a special skill for analyzing what is necessary to obtain the best possible result for his clients. He is always steps ahead of the opposition and fully prepared to deal with every issue. I highly endorse him.

James C. Buckley and I met when he started the practice of law as a Thurston County Deputy Prosecuting Attorney. I have firsthand knowledge of his later work as an attorney, when he assisted another attorney in obtaining an outstanding settlement of that lawyer’s case, as well as Mr. Buckley’s excellent settlements and verdicts in his own cases. Mr. Buckley is well liked and respected by his colleagues, judges, and opposing counsel. They are impressed with the depth of his 35 years of legal experience, as well as his outgoing, easygoing personality. His ability and personality are invaluable to his success. Mr. Buckley’s zeal for his clients is unaffected by his non legal personal concerns, for he remains a fair and personable attorney, his success notwithstanding. He still finds time to be a great mentor to less experienced lawyers.

I wish to endorse Mr. James C. Buckley. I have had the pleasure and honor of knowing Mr. Buckley for well over 30 years now. During that time, he has always taken the high road while dealing with all matters entrusted to him. What impresses me most is his proven reputation of consistently doing the right things right, the first time, with the utmost legal skills and integrity. Indeed, he stands heads and shoulders above his competition, is passionate about the practice of law, and is my go to guy for legal advice and counsel. He is a lawyers’ lawyer. Meaning if I ever need an outstanding and capable attorney on my team, James is the first name on my list that I can always depend on. To that end, in my small law office we have two standing rules. First, always ask James; and second, always do what he days. With James on my team there are never any doubts or fears. Electronically signed this 24th day of February, 2013.

I worked for James Buckley early in my career. I have the highest regard for him as an attorney and a person. He is probably the most skilled trial attorney I have ever met, and his success in winning multi-million dollar cases is the proof. He has a well-run firm staffed with top-notch professionals to manage his cases. Without reservation, I highly recommend James C. Buckley to anyone looking for an injury attorney. If I were ever personally injured, HE is the attorney I would ask to take my case. He is that good.

I endorse this lawyer. For at least 25 years I have been aware that Mr. Buckley is knowledgeable, talented, prolific, committed, devoted to his clients and obtains absolutely outstanding results for them. I highly recommend him and his law firm. RON WARD

Mr. Buckley is a giant in the profession. He is a caring person and routinely focuses on the needs of others. He has and continues to participate significantly in the success of others within the profession. We have worked together to help younger lawyers. He selflessly operates to benefit others any way he can. His articulate assessments of performance, reasonableness of approaches, and ability to map specific plans of credible action to benefit his clients show significant wisdom and reflect his magnificent heart and good sense. Mr. Buckley’s presence exerts a very positive influence on friends and colleagues alike. His attention to engaging diverse people, willingness to work many hours, and the respect that he shows others, all testify to his seriousness of purpose and strong personal values. He is one of my heroes within the legal community

I have known Mr. Buckley for many years from working as fellow attorneys in the Western Washington legal community. He is very knowledgeable and professional, and I endorse him.