Todd represents individuals and companies involved in litigation.  He has extensive experience guiding clients in banking, environmental, breach of contract, real estate, and other commercial and business disputes.  Todd also represents and advises both employers and employees in employment law and litigation. He previously served as a law clerk for Circuit Judge Richard C. Tallman of the United States Court of Appeals for the Ninth Circuit, and as a full-time extern for Judge Thomas Zilly of the United States District Court for the Western District of Washington.

Todd has represented numerous individuals and entities embroiled in litigation concerning environmental and hazardous waste claims brought under the Washington Model Toxics Control Act, as well as related common law claims such as nuisance and trespass.  In addition, Todd has represented numerous parties seeking to invoke coverage under historic insurance policies in an effort to fund remedial activities.

OTHER BUSINESS AND COMMERCIAL LITIGATION

In addition to the topics described above, Todd has significant experience representing businesses and entities in a variety of business and commercial disputes.  He has litigated and resolved cases involving:

commercial eviction and breaches of lease;

corporate ownership and partnership disputes; and

other business and commercial claims.

Todd was raised in what is now Sammamish, and has lived in Issaquah since 2002.  When away from work, he enjoys spending time with his wife and three children as well as riding his mountain bike on the many trails near his home.  Todd also, sometimes, enjoys his continued efforts to improve his inexplicably inept golf game. 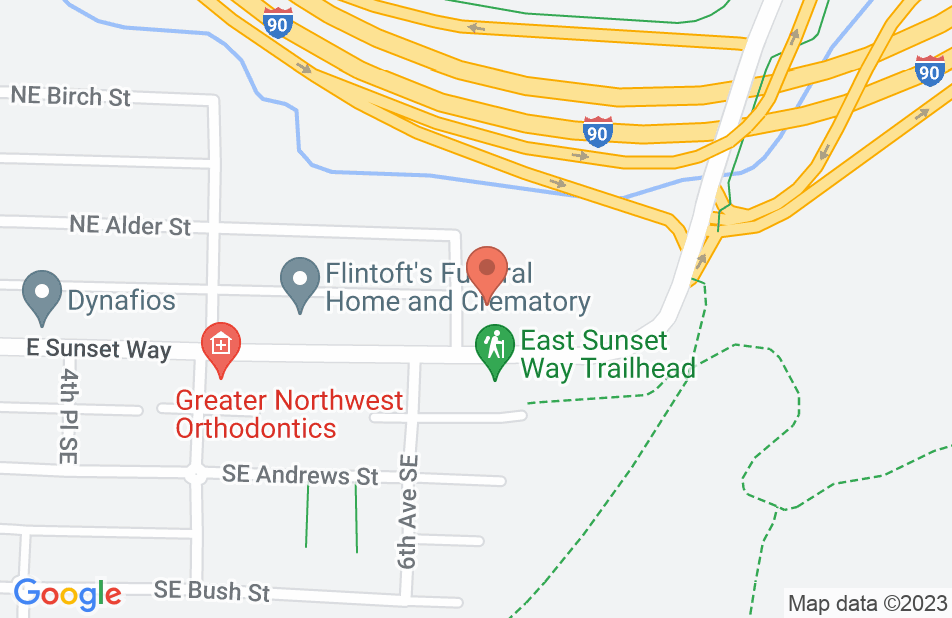 Todd is an intelligent & strategic lawyer who really knows what he is doing! Todd is as "real"as it gets, he worked so hard for my case and I would highly recommend him.
This review is from a person who hired this attorney.
Hired attorney

Sound advice and a fair price

I am pleased to recommend Todd Wyatt. He helped me navigate thru a lease issue with a landlord. He gave me sound advice and did his best to keep my fees down. He was personal and professional.

Todd was referred to me by yet another referral during one of my darkest hours. He immediately provided clear direction for moving forward and articulated the merits of the case. Terms and expectations were clearly defined as were objectives; and at no time was anything overstated or exaggerated. Todd possesses a rare combination of gifts: a sound rational grasp of the law and a savviness of the legal world's practices and dynamics but yet at the same time, he has a keen intuitiveness and sensitivity to the mental anxiety and emotional anguish of his client. He is not only knowledgeable, but extremely patient. I believe his strongest attribute is his ability to clearly and distinctly communicate and explain the often times convoluted legal-ese of law practice. The case was a 13 month ride resulting in a positive outcome and he was able to accomplish a strong win for me without having to endure the emotional strain of a long hard and grueling battle that often accompanies depositions and court appearances. His strategy was sound and his delivery crisp. Although I am thrilled we won a very difficult case, what I am most grateful for is that it was done with respect, integrity, extreme professionalism and heart.

After 14 months of dealing with the same lawsuit, we were referred to Todd Wyatt and within less then 1 month, the lawsuit was over, we won the case, and it was handled with complete professionalism. We were extremely pleased and would refer Mr. Wyatt in the future.

Todd is a smart, seasoned attorney. I would highly recommend his services for those involved in litigation.

Todd is a terrific advocate, I would recommend him to anyone in need of a great trial lawyer.

Todd aggressively represented his client's best interests, but at all times was fair and collegial. I would recommend Todd to anyone seeking help with litigation.

I endorse this lawyer