Gary R Johnson is a Central Oregon personal injury attorney who has represented people injured in accidents since 1993. He has lots of experience trying personal injury cases from being the head of the litigation department at Hurley Re, P.C. and from working for a large litigation firm in Portland and Redmond, Oregon. 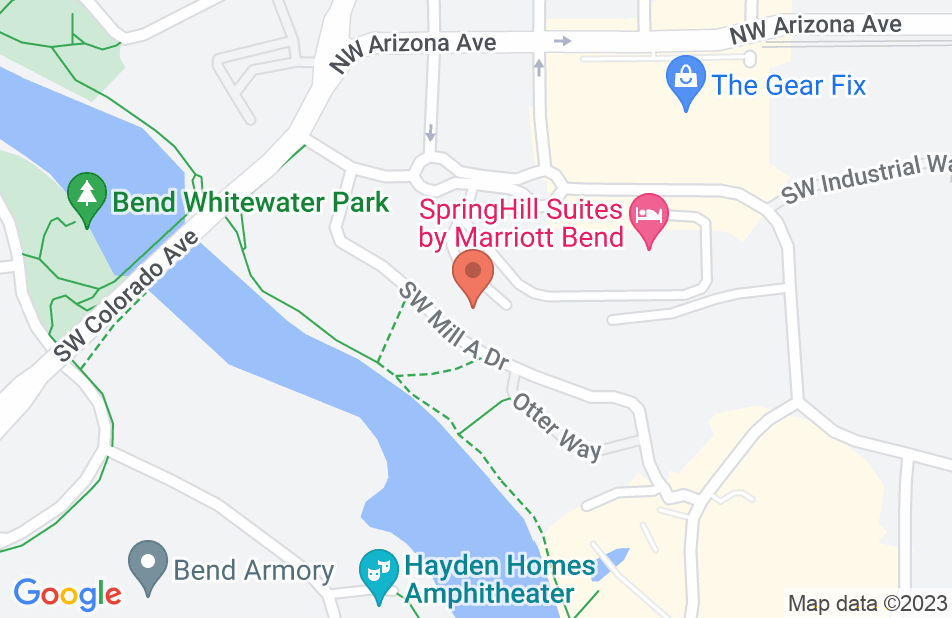 The man for the job !

Could not be more impressed with the quality of work and resolution Gary provided to me and my family during our time of suffering and confusion. Only number i will keep for any personal injury needs.
This review is from a person who hired this attorney.
Hired attorney

Gary is a very thorough attorney he works for you so your rights are not violated , he will email you copies so your not constantly running to his office he has your best interest in heart he actually cares about people. Matter as fact my daughter just retained his services over a car wreck too don't let insurance companies take advantage of you!! Hire Gary and he won't let them.
This review is from a person who hired this attorney.
Hired attorney

Same last name must be a good lawyer!

Gary did an excellent job representing a complicated case where other lawyers could not. I would highly recommend. Helped through some very uncomfortable situations during the case. In the end we received a favorable outcome and put an end to a 5 year case.
This review is from a person who hired this attorney.
Hired attorney

How fortunate I was to have Gary as my legal representative. He represented me against a contractor with exaggerated claims of injury. Gary meticulously and exhaustively ferreted out the facts about the contractor which worked in our favor in final settlement. Gary is a consummate professional who you want on YOUR side in an injury case. I have the highest praise for his legal expertise and client service.
This review is from a person who hired this attorney.
Hired attorney

A professional and personable lawyer

Gary is able to explain complex legal issues and strategies in a clear and concise way that helped me to make educated decisions in regards to my situation. I highly recommend Gary.
This review is from a potential client who consulted with this attorney.
Consulted attorney

I was so fortunate to have Gary Johnson as my defense attorney in a recent lawsuit that stemmed from a motor vehicle accident. Leading up to the trial, Gary was very informative and reassuring. When we got to trial, I was seriously amazed at how intricately he knew and understood the law. Gary is a truly brilliant and well-respected lawyer. He was also very personable, and so easy to work with. His support staff was also helpful and professional. I wouldn’t hesitate to recommend Gary to any of my family or friends.

A while back I was involved in a rather unusual accident as I was cycling home from work. A mattress that was not tied down flew off a trailer as it went by causing me to crash. At first I didn’t think I was injured all that seriously. But it later became apparent that instead of just suffering scrapes, bumps and bruises, I had suffered a significant shoulder injury requiring surgery. To this point I was a person that somehow managed to get through 55 years of life without needing to hire an attorney. But after the accident and surgery it quickly became clear that dealing with insurance companies regarding my medical bills was more than I could handle. Let’s face it, these companies were well armed with their own legal staff and knew this process inside and out. It’s their business. They were looking out for them and not me. I, on the other hand, had no experience with these types of situations. It was clearly an unfair fight. Fortunately I found Gary Johnson and his staff. I was a bit nervous about the whole thing – probably watched too many LA Law episodes – but they put me at ease immediately and handled everything with great skill and composure which meant no stress on me during the process. They dealt effectively and efficiently with not only the insurance companies, but also a variety of health care providers that treated me leading up to the surgery, the surgery itself, post-operatively and for physical therapy. I’m very thankful for Gary and his staff’s help with the legal navigation and also that clearly their main concern was solving a problem and helping a client – not how much they could bill a client. I definitely have no qualms recommending Gary to anybody that needs legal help for a difficult situation.

My experience with Gary was a good one. He always kept me informed and he answered my questions by email in a timely manner. Gary is good at what he does.

I endorse this lawyer. I have known Gary professionally for many years. I have worked opposite Gary in the past, as well as consulted with him regarding active cases on the same side. In all of my interactions, I have found Gary to be very knowledgeable on the law, and a consummate professional.

Gary is a sharp, hard-working lawyer who obviously loves what he does

I have known and worked with Gary for several years and I routinely refer people to him. I endorse him without reservation.

Gary is an excellent attorney. I have known him for years. He has always been the consummate professional. He is well- prepared and knowledgeable. HIs experience as a defense attorney will definitely assist clients in his current role as a plaintiff attorney. I highly recommend him.

Gary is an excellent advocate for his clients. I fully endorse this lawyer.

I endorse this lawyer. Mr. Johnson is a very experienced attorney and is a prolifiic responder to Avvo community posed questions. His responses to those questions display an analytical approach well suited for his clients.

I have worked with Gary as co-counsel defending various personal injury cases and am aware of his plaintiff's practice as well. Although I've never had the pleasure of working directly against him, I know Gary to be professional, experienced and aggressive. He's also a good guy and easy to work with. I would not hesitate to recommend him to any plaintiff in Central Oregon or beyond who needs solid, professional representation.

Gary is brilliant, tenacious, and hard working with a genuine, heart-felt concern for his clients. Certainly I endorse his work.

I endorse this lawyer's work. Gary is an experienced trial attorney in the areas of personal injury, insurance defense, and civil litigation.