I grew up in Stafford, Oregon. I attended Lakeridge High School and went on pursue my undergraduate studies at the University of Oregon and finished up at Oregon State University.

​I attended Willamette University of Law from 2002-2005. I won Willamette's First Year Appellate Competition, which gained me automatic entry into Willamette's Moot Court. I also wrote for the Willamette Law Online -- U.S. Supreme Court section. Along with my doctorate of jurisprudence, I graduated with a certificate from Willamette's Dispute Resolution program from which I was awarded high paper for my review of the alternative dispute resolution (ADR) program in the United States District Court for the District of Oregon. While attending law school, I clerked for in-house counsel of Kettle Foods, Inc. and also worked as a small-claims mediator for the Marion County Circuit Court.

Following my graduation from law school, I clerked one year for the Hon. Robert Selander, then the presiding judge of Clackamas County Circuit Court. I was admitted to practice in Oregon in 2006, and has since developed a broad range of legal skills and experience in both civil and criminal forums. As a trial lawyer, I has successfully represented all kinds of clients from all walks of life. 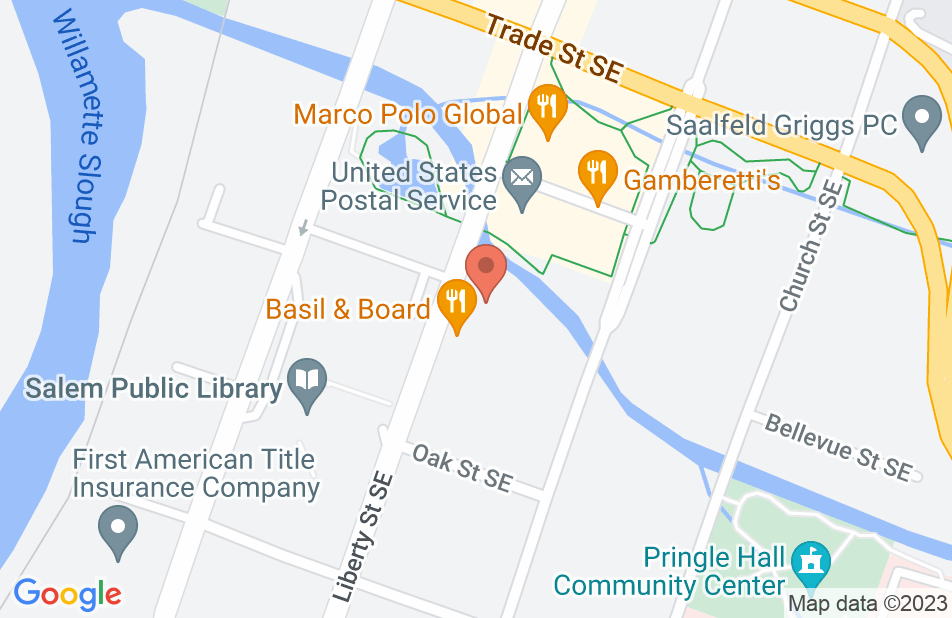 Mr Cook was able to assist me legally with a situation where I was more or less, backed up against a wall, and thankfully resolved in a matter of days. It's nice to have immediate responses and that's exactly what I received. He was professional, straight forward and able to explain things to me in a way I understood. Very polite too! Definitely one to keep in the contacts list in case I need legal representation in the future.
This review is from a person who hired this attorney.
Hired attorney

I can't say enough about Grant Cook, representing me in two different cases. In two separate courts. One case against a landlord. The other a family court matter. I found him to be thorough and an excellent communicator. Kept me in the loop with information as he received it. He spoke in a way that gave me a clearer understanding of the laws as they pertained to my cases. I know it can be frustrating for some who hire other representation and feel out of the loop or spoken down to. Not so with Grant. He does an excellent job of focusing on what is most important in a case and kept me at ease. I was very pleased with the outcomes of my cases. Very sharp, trustworthy, and caring. I can't imagine being represented by anyone else.
This review is from a person who hired this attorney.
Hired attorney

Mr. Cook was professional and knowledgeable

Mr. Cook was exactly what I needed. He was professional, knowledgeable, and well prepared for what turned out to be a drawn out situation. I knew I was getting great representation and it gave me peace of mind.
This review is from a person who hired this attorney.
Hired attorney

Mr Cook and his office treated me with the upmost respect Others I talked to was cold and uncaring. His office was kind. I just had a crises in my family and I was beside my self and the guardian issue came to life and Mr Cook was able to help me and tell me what the first stages to do. With just him listening to me and being kind and understanding it was a blessing from God. I will do the first stages he subjected and pray it will be all we need to stop the harassment and fight THANK YOU SO MUCH MR COOK
This review is from a potential client who consulted with this attorney.
Consulted attorney

Get the truth about your case!

I learned more about my case in the first visit with Mr. Cook, which he offered free of charge, than I did from any of the three public defenders that had been assigned to me by the court. And, finally—someone who was willing to make an effort in my defense rather than assuming from the start that I was guilty! Mr. Cook prepared a thoroughly supportive motion in my behalf which he was ready to file as soon as needed, and assured me that he was ready to take the case to trial if I decided to do so. He took the time to answer all of my questions and gave me all the information I needed to feel confident in making decisions about how to proceed before each negotiation with the D.A. He also made the extra effort of finding and contacting several resources to help me to resolve matters associated with the case beyond their legal significance, and has offered his help with any other concerns this case might bring up down the road. Thanks to his advocacy, sound advice, and genuine encouragement, I feel very hopeful about the future with all this behind me! I would definitely recommend Grant Cook to anyone who wants to be sure they have all the facts before weighing their decisions, and needs someone who will really fight on their side!
This review is from a person who hired this attorney.
Hired attorney

Grant Cook has provided me with excellent legal council on numerous occasions through the years. As a professional in the film industry, I have consulted Grant for issues ranging from contract review, employee disputes and federal investigations, all of which were resolved efficiently and with positive outcomes. Grant's ability to quickly assimilate complex scenarios and get to the core issue at hand has always been tremendously impressive. He is an excellent listener and confident who has repeatedly provided me with peace of mind and timely resolutions. His expertise, integrity and ability to keep communications focused and productive have been invaluable to me and other colleagues whom I work with. It is a reassurance to know he is there as a resource on any job and I am confident he has saved me tremendous time and money. I highly recommend his services.
This review is from a potential client who consulted with this attorney.
Consulted attorney

A Most Excellent Attorney

I hired Mr. Cook to help me with a difficult case. He handled it promptly and very professionally. Most importantly, he got ideal results. He is a sincere pleasure to work with and he knows exactly what he's doing. I highly recommend him to anyone.
This review is from a person who hired this attorney.
Hired attorney

Amazing! Goes above and beyond

I hired Grant to help me out with a fairly not big case. When I went in to see him and explain to him my situation, he didn't laugh at me like other lawyers in the Salem, OR area did. He listened and explained in detail what he thought I should do. When I decided to hire him to represent me, he kept in touch with me daily and even contacted me after his working hours when I needed to speak with him about the case. The outcome of the case was successful and I strongly recommend him. He is a very reliable attorney who will do everything possible for his clients.