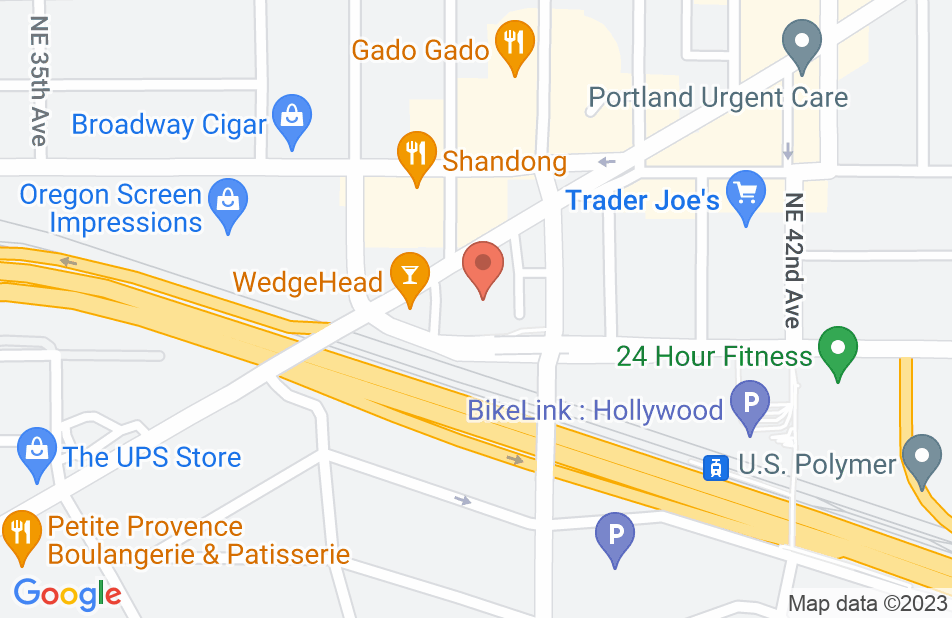 Very happy to have used Gregory Gudger for my recent divorce. These things are tough for everyone, and Greg stayed focused and was extremely helpful in helping me craft a fair, equitable, and compassionate settlement...for both parties. I know that my ex-spouse would also agree with this assessment. Even though it was a non-contested proceeding, there were still a lot of moving parts that had to be dealt with, and I wanted someone who would help me make the outcome fair for us both. My ex and I are still great friends, our new lives as seperate people are working out great, and I owe Gregory's sage advice a great deal of the credit for making this happen. Side note: My will also had to be re-written after the divorce, which I was able to sail through with Gregory's help. Done and done. I highly recommend Mr Gudger, if you're looking for a committed, fair, knowledgeable attorney who will listen generously and advise honestly!
This review is from a person who hired this attorney.
Hired attorney

Our family has relied on Mr. Gudger for most of our legal needs, from fighting housing related issues to creditor lawsuits. Mr. Gudger took on an old creditor that tried to take everything we own. He found a loophole had the lawsuit dismissed, saving us $100,000. The investment we made with Mr. Gudger was worth it. And, over the years, he has advised us with positive results. No lawyers are perfect, though some might think they are. Sometimes you have to pay to find out there's nothing you can really do. But, even that advise is valuable. I refer Mr. Gudger whenever I can and have recently sent two friends to consult with him. He's accessible, down to earth and is a fighter. I'll go into court with Mr. Gudger any day.
This review is from a person who hired this attorney.
Hired attorney

Gregory Gudger sticks up for rights of a WOMAN with FIVE Children. . In (what I feel) a racial divorce case. .

Dear Mr. Gudger I am writing you in regards to your counsel in my recent/pending divorce case. I was seeking counsel here and went through two attorneys locally when I was starting to feel like my case was not going anywhere. December 12, 2012, Monday, my parents and I took a trip to Portland Oregon and found a number in the phone book to call. The attorney that responded could not help but asked if it would be alright for him to give you my number to call back. To my shock you called within just a hour and said that if I could meet you that day at 3pm you would be willing to hear what I had to say. When we went to your office and started discussing the case you were a bit hesitant due to that fact that my hearing was two days from then, Wednesday December 12, 2012. We came up with a plan to try and postpone the hearing the next day but the presiding judge would not allow the postponement. You still agreed to take my case, BLESS YOU! We met in the evening of December 11 to go over more paperwork. With no time to prepare an adequate case you still gave me hope that going to trial could change the outcome of a recent custody evaluation. In my evaluation they mentioned that I had “black” boyfriends around my children and that was “scary”, that I left my youngest child with my niece in a car while in motel rooms with men, and other allegations of which were not true. Douglas County, Oregon, seems to be a little prejudicial still in this day and time. My then attorney told me that I should just settle and take what I was offered because of the allegations against me, he was blind to the racial prejudicial issues of the evaluation, and if my parents were not willing to fund his expenses. Though while trying to postpone the trial he stood there in court and said that he would not abandon me at the “eleventh hour” before trial. You came into that court room Wednesday morning with your arms swinging and ready to put out some fires. You asked great questions and knew the laws so well that even the judge had to go back into his chambers for a short break and reread the laws pertaining to certain issues—YES! I don’t believe that Douglas County was ready for you to come into town and whip the case into shape as fast and well as you did. We met for lunch each day of trial, in the evenings to go over issues, and also discussed things via email and telephone. You were very supportive, informative, and knew the laws. I don’t believe that I could have asked for a better attorney to have been on my side. I would definitely recommend you to anyone going through a similar situation. I was having great difficulty with local attorneys sticking up for rights as a single mother of five children ages 3, 5, 8, 10, and 12. Sincerely

I have worked on many criminal cases with Mr. Gudger over the years. I have found him to be ethical, honest, hardworking and knowledgeable. I work with dozens of attorneys on a continuous basis and would rate him a top general practitioner. God willing we will continue to work together for many years to come.

Put me at ease, won my case

I am not a litigious person at all, so I came to Gregory as something of a last resort in a dispute with another party who was belligerent and leveraging their power against me. Gregory was calm and plain-spoken, he talked me down at a moment in time where I was at my wit's end (and probably not the easiest client to deal with). Furthermore, after playing counselor, he was an excellent advocate, winning me far more than I expected or even knew I was entitled to. I cannot recommend him highly enough, he did a wonderful job for me at a very difficult time in my life, and took the time to do so even though my case was pretty small time in term of financial stakes.

As a legal professional and an officer of the court I have considerable exposure to members of the bar. Gregory Gudger has been my lawyer for more than a decade handing a variety of issues from the trivial to the complex. In every single instance his performance has been spot on. I hire professionals to get the job done to my satisfaction, and to that standard Mr Gudger has always met the mark. I have recommended him to others and would do so again.

Committed Champion for the Underdog

Gregory L. Gudger has been everything I could ask in an attorney. The case was difficult, and the odds were against me from the beginning, however Mr. Gudger was able create and follow through on a strategy that bought about a good result. His demeanor is calm, encouraging and serious; this was helpful especially when the case hit a difficult point. He was honest with his explanation of all the possible outcomes, but still focused on the best for my case, and did not waiver in his approach. I felt confident the whole time that I had the best legal counsel that I could have on my side. More importantly, I trusted in his abilities at each step, and he did not fail, but surpassed my expectations. I was expecting the case to be long and drawn out, but Mr. Gudger was able to resolve it quickly so I could resume "normal" life again.

Greg went to bat on a child support case that involved a highly emotionally charged family situation. He brought a calm, professional demeanor to the situation and took care of the dispute quickly and efficiently.

He has provided excellent information regarding contract agreements. His follow up is superb! His pertinent knowledge of contractual agreements prevented an opportunity for a lawsuit. I am happy to refer his exceptional service and his ability to communicate effectively. Thank you for all of your hard work!

I have Been Most Pleased

Mr Gudger has assisted me with both personal and professional matters for over 15 years. He has always been knowledgeable, available, prepared, and thoughtful with his advice. He knows just how to defend and advocate for his client, while keeping the lines of communication open between parties. My continued patronage of Mr Gudger Esq. is not just the result of his fine professionalism, but also the maturity and understanding he has gained from many life experiences. I recommend Mr Gudger and have always been pleased with his council.
See all reviews

In 2004, I had a law office next to Mr. Gudger. He was helpful in mentoring me as a newer attorney. He also has a great sense of humor!

Mr. Gudger provides fierce and zealous representation for his clients. He is a trusted colleague and adviser. I highly recommend him to any potential clients.

I endorse this lawyer. I respect Gregory. He's a reliable colleague. We have worked together on community matters.

I have known Gregory Gudger for close to 30 years. Over that time, I have seen him advocate for ideas, for justice, and for people. He is stalwart. He reaches deep and gives you what he's got. And for his contributions, he has been recognized and awarded by organizations and communities. I endorse him as an advocate. I recommend him as a lawyer. I stand by him as a friend.