Mark S. Drobny was born and raised in Bettendorf, Iowa. He graduated from the University of Iowa in 1977 (Bachelor of Arts in Political Science and General Sciences), UOP McGeorge Law School in 1980 (J.D.) and 1981 (LL.M-Taxation). He is a California State Bar Certified Specialist, Estate Planning, Trust and Probate Law, The State Bar of California of Legal Specialization. He is a recipient of the American Jurisprudence Award in Estate Planning and is a member of the California State Bar, American Bar Association and Sacramento County Bar. He was sworn in to the United States Supreme Court before all nine Justices on June 9, 2003, in Washington D.C. Mark has served on the boards of most major Northern California charities, including The American Cancer Society, The American Red Cross, The Salvation Army, Boy Scouts of America, Sutter Hospitals Foundation, Stanford Settlement, St. Hope Academy, McGeorge School of Law and California State University, Sacramento Foundation and is co-chair of California State University Sacramento’s Endowment Committee. He received the CSUS president's medal for Distinguished Service in June of 2014. Mark has formed or chaired the planned giving committees for many major Northern California charities and is widely regarded as one of the region’s top experts on Charitable Remainder Trusts and other Planned Giving concepts. Mark has been a member of The Sacramento Estate Planning Council since 1982, was the founding editor of their monthly newsletter, a member of their Board of Directors for eight years, and President in 1992 and 1993. Mark has practiced law for over 35 years, and founded DROBNY LAW OFFICES, INC. in 1989. He limits his practice to Estate Planning, Estate Administration, Probate, Business Planning and Taxation, and has offices in Sacramento, Stockton, Modesto, San Diego. Palo Alto and San Ramon. Mark has served as a Judge Pro Tem for the Sacramento Superior Court’s Probate division for over 20 years. Mark S. Drobny is a frequent speaker on Estate Planning matters, having given over 1,000 presentations in an entertaining and informative format.
Mark has 2 children: Dane, 29, is the manager and lead trainer for West Hollywood's Barry's Bootcamp San Diego facility and certified yoga instructor in Del Mar. Danielle, 23, is a recent graduate of Seattle University and is also a certified yoga instructor. 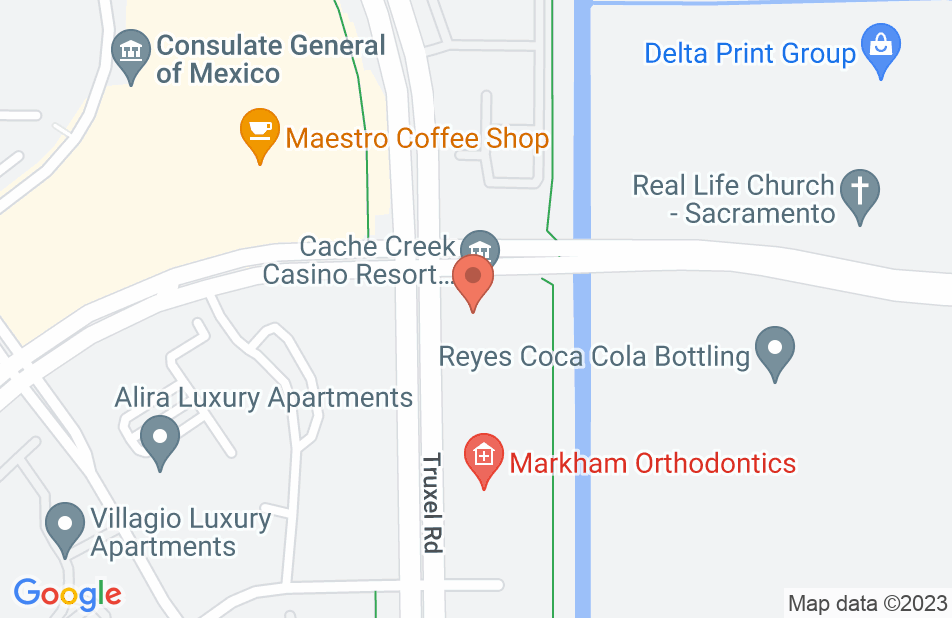 Drobny Law Offices, Inc. made my estate planning as easy as possible. I would highly recommend Mark Drobny!

In trying to set up my family trust, I had problems of how I would leave the same amount of money for each of my children--I have five. Because some of my children are doing well financially, there was one child that would not be able to handle a large sum of money all at once. After talking, and at the end of our meeting, Mr. Drobny came up with a great solution to my problem which never occurred to me. I feel like something heavy has been lifted off my shoulders. I found him to be very easy to talk to, and recommend him highly.

Mark assisted us in our estate planning. He is very thorough and made the process easy! We highly recommend him!
This review is from a person who hired this attorney.
Hired attorney

We first used Mark Drobny to establish our trust about 15 years ago and recently had the entire document amended. Mark and his firm was easy to work with - clear in guidance and timely in completion. We highly recommend Drobny's offices.
This review is from a person who hired this attorney.
Hired attorney

We first used Mark Drobny to establish our trust in 1997 and recently had the entire document amended. Mark has always been easy to work with and he explains the details of how the trust and other estate planning documents work. Mark and everyone in his office that I have worked with are quick to respond and efficient. The fees charged are very reasonable, especially for repeat clients. I would recommend Mark and his firm to anyone who has estate planning needs.
This review is from a person who hired this attorney.
Hired attorney

Mr. Drobny worked with us on our original estate plan and we just completed an update, 20 years later! He is efficient, professional and very knowledgeable. We highly recommend his services and his firm.
This review is from a person who hired this attorney.
Hired attorney

Mark did an excellent job on our trust. He understood our needs and gave us great advice. He was pleasant to talk to and definitely put us at ease. We would highly recommend him to all.
This review is from a person who hired this attorney.
Hired attorney

Mark Drobny's work is praiseworthy. He is precise. When he gave me drafts of trust-related documents, he provided me with valuable notes to guide my reading. These materials were client-oriented and written in layperson's language. Nothing was left to chance and all was comprehensible. He prepared me for any possibilities that could derail the processes of making the trust work. His work is impeccable. All documents were without flaw. Not only was everything professional, but Mark is personable. He is a lawyer to both like and trust. I have been totally comfortable in what can be an uncomfortable task. I would recommend him and his firm . He is a laudatory lawyer.
This review is from a person who hired this attorney.
Hired attorney

Mr. Drobny prepared my Will, Living Trust, Durable Power of Attorney for Financial Management, Durable Power of Attorney for Health Care Directive, and transferred title on my real property to my trust. I am very pleased with the quality and timeliness of the services I received and highly recommend this firm.
This review is from a person who hired this attorney.
Hired attorney

He made us feel comfortable, answered all our questions, and did a good job of explaining the legal meaning of the documents. He was open to corrections regarding some specific information in the documents which his staff should have taken care of.
This review is from a person who hired this attorney.
Hired attorney
See all reviews

Mark Drobny is a true professional and exceptional lawyer. Having worked with Mark over the years, I have been particularly impressed with his wealth of knowledge, insight and strategic thinking. Mark provides the highest level of representation possible. He is a true professional and an asset to the legal community. He is the rare lawyer that I refer clients to without any hesitation. A true class act and the best around.