In 2011 Mr. Griego was selected for inclusion in Super Lawyer Magazine, Northern California for work in personal injury and criminal defense.  Mr. Griego, along with his partners W. Timothy Needham, Micahel J. Crowley, and Amelia Burrougs, are named finalists for Public Justice National Trial Lawyers of the Year.

In 2009 Mr. Griego was the first Humboldt County Attorney to receive a California Lawyer Attorney of the Year award in recognition of achieving a $1.2 million dollar award for workers who were denied overtime payments.

In 2009 Consumer Attorneys of California honored Mr. Griego with the "Street Fighter of the Year" Award in recognition of small practitioners in California who use skill and determination to create a more just society for California Conumers regardless of Personal Benifit.

Mr. Griego also has represented numerous patients in elder abuse cases and successfully preserved their right to jury trials in a published case that he argued before the California Court of Appeal, Fitzhugh v. Granada Healthcare and Rehabilitation Centers, LLC (2007) 150 Cal.App.4th 469.

Mr. Griego has served as the treasurer for the Humboldt County Bar Association since 2008 and is currently on the Governing Board of Consumer Attorneys of California.  Mr. Griego also performs pro bono work for Redwood Legal Aid. 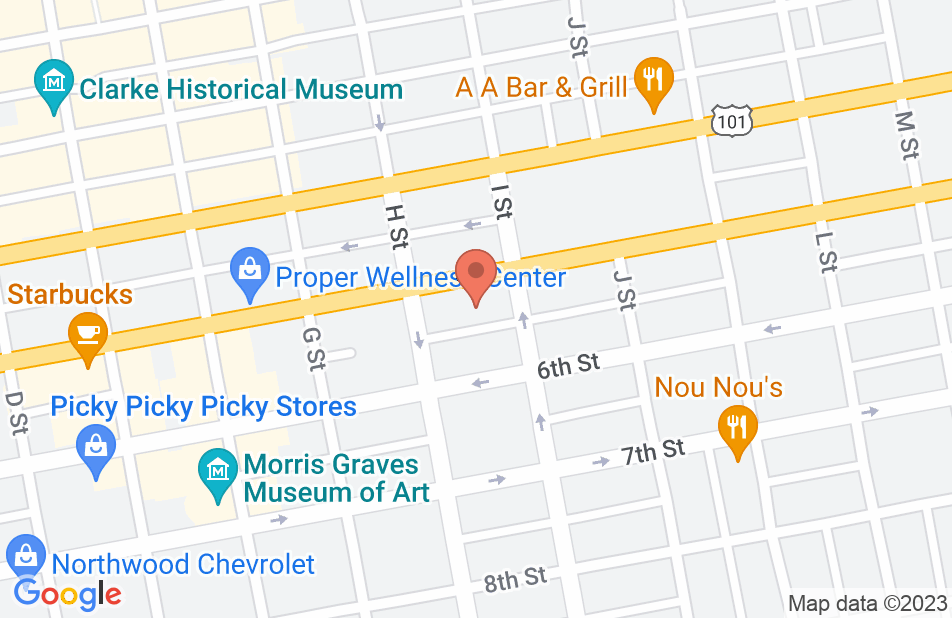 I was charged with a DUI and Mr. Griego provided evidence to drop it to a lesser charge. He continued to help me when I failed to attend my assigned classes. His staff was also very attentive and helpful.
This review is from a person who hired this attorney.
Hired attorney

I really appreciate Patrik and Lesa for their professional way of handling my case. Patrik's ability to clearly explain the law and the options to move forward was very much appreciated. Sometimes you put yourself in a tough spot and other times didn't and need good representation, either way I would highly recommend Mr. Griego to any of friends.
This review is from a person who hired this attorney.
Hired attorney

Patrik is a superstar! He is very professional, cool, calm and collected, insightful, stategic and very articulate. He kept me up to date on everything going on in my case and provided a clear path forward to meet my goals. As I said in the title, he is second to none.
This review is from a person who hired this attorney.
Hired attorney

Patrik is a compassionate and caring human being. He is patient , kind , understanding and extremely talented in his profession. He is straight forward and his communications are clear. He has insight and will go above and beyond for you. I feel lucky to have him represent me. Many Thanks
This review is from a person who hired this attorney.
Hired attorney

I had never before needed an attorney's services and was apprehensive about meeting with Patrik. (We've all heard the bad lawyer jokes, right?) I was immediately set at ease by Patrik's calm, quiet professionalism. He used language I could understand. He patiently explained all aspects of what I was facing and how we would work through those issues. I was kept abreast of every aspect of the legal proceedings and felt confident of his ability to successfully resolve the matters at hand ... which he did with exceptional skill, hard work, politeness and professionalism throughout our relationship. I've already recommended him to several friends, and heartily recommend Patrik to anyone in need of an excellent attorney.

A dedicated lawyer with great morals

I hired mr Patrik when my wife faced a violation of probation. She had 6 years of prison hanging over her head and he had the violation dismissed and she got back on swap. He has been keeping her informed. he visited her even twice a day to keep her in. he loves getting innocent people out who got caught in the unfair holes of the system. he is the one you need to hire if you believe in your innocence cuz he will fight for you til the end,

Patrik helped me on a personal matter quickly, efficiently and successfully. I wholeheartedly recommend his services.

Patrik is a wonderful professional in all aspects of law and one of the very select few that can successfully practice in more than one area of law. I've never had a person I've referred to Patrik come back to me with anything but gratitude for sending them his way. It's a real pleasure having him as a colleague in the community.

Unquestionably competent, consistently conscientious, endlessly hardworking, always helpful, and highly dedicated, it is well-known this exceptional lawyer is an excellent trial attorney who is a tremendous asset to the Plaintiff Bar community. Any person in need who hires this superb attorney will know he or she is in capable hands. For a number of positive reasons, I am honored to endorse Mr. Griego.

Mr. Griego is simply an outstanding plaintiffs trial lawyer. You couldn't do any better than to hire Patrik.