Monica Ganjoo, the owner of Ganjoo Law Corporation, graduated from Indiana University with honors in 1996. She obtained a Bachelor degree in Psychology, with a minor in Sociology, and an outside concentration in British Literature. Monica graduated from Valparaiso University School of Law in 2000. While obtaining her Juris Doctorate degree, Monica worked for the State Prosecutor’s Office, interned for the County Attorney’s Office, and worked for a prestigious private law firm. Monica further studied law in Cambridge, England, where she focused on the British Legal System and International Law. After graduating from law school, Monica worked for an immigration law firm in San Francisco, where she learned about all aspects of immigration law. During this time, Monica also taught legal classes at Catholic Charities. In 2001, Monica opened her first immigration law office in San Francisco. She opened her second office in San Jose in 2002. 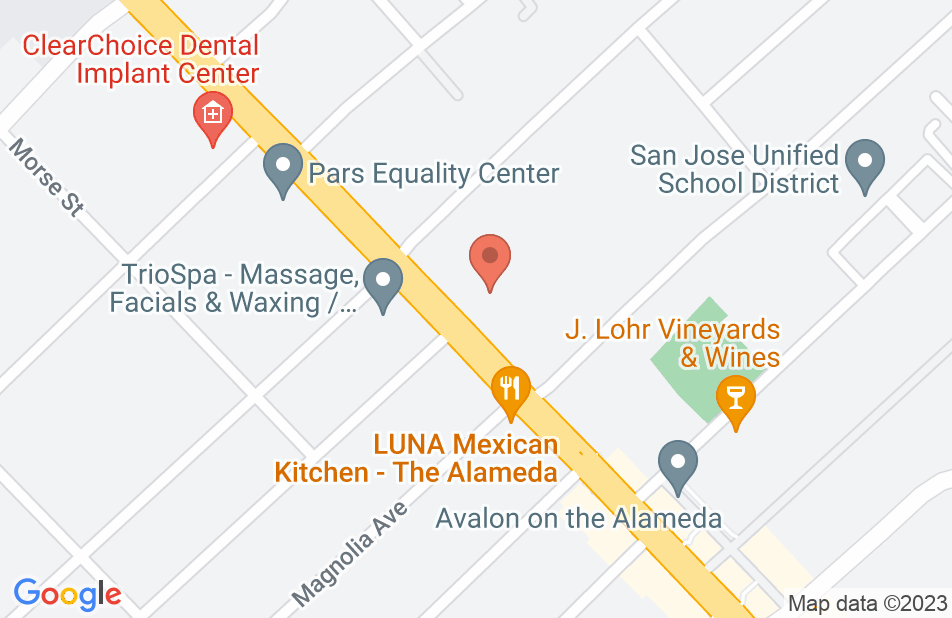 I had the pleasure of having Monica as my immigration lawyer for my employment-based green card (EB2). She was always available for answering my questions. Professional and at the same time friendly, caring and reassuring. She came with me to the USCIS interview which made me to have peace of mind. I highly recommend monica as an immigration attorney.
This review is from a person who hired this attorney.
Hired attorney

I had a wonderful experience with Monica Ganjoo .She and your team were key to my success .She always gave me confidence, tranquility and hope .I was discredited in my case and she gave me back hope .I trusted her and it was wonderful .She super Attentive with clients and whenever I had questions, I would e-mail her and she would promptly answer me. A knowledgeable staff, you can trust!!!! she is super experienced and have total patience to hear your case. I strongly recommend this office, I am super glad it happened wonderfully perfect!! Thanks a lot Monica !!!
This review is from a person who hired this attorney.
Hired attorney

She fought for my husband in court for SEVEN years. My husband and I had nearly given up and thought he'd be deported to El Salvador. Monica didn't give up on us. She never gave up. Today, my husband got his green card approval notice. It is the happiest day of our lives. We can finally move forward. Any other attorney would have given up on us. Thank you Monica for never giving up and for fighting to keep my husband here with his family. God bless you.
This review is from a person who hired this attorney.
Hired attorney

I am so blessed that I found a lawyer who will stand by you till the end. Monica is a great, excellent, knowledgeable, compassionate lawyer. She is honest and always available to answer your emails and calls everytime you need her. Shes a hard working lawyer to win your case and finally I am extremely happy that she became part of my journey. I would highly recommend her for any immigration matter.

EXPERT,RESPOSIBLE,FRIENDLY,ALWAYS IN TOUCH AND SUPPORTIVE.

Few months ago we went to Mrs.Ganjoo office for my case.we heard about her experience and professionalism before and never met,but met couple of immigration lawyers before .At our first meeting we found her very expert,frank,honest and friendly.She accepted our case and did it in the best and fastest way more beyond my imagination.She is always available and her sense of responsibility and respond-ability are excellent.She is always in touch and respond to our email or phone calls immediately and was always with us in each step of my case process .She never care about her consulting time limit whenever we were at her office and never mentioned us something about the money,because doing the job and staying beside her clients and giving them knowledge,calmness , positive energy and motivation is more important to her rather the money.Her well trained and expert office administration and colleagues are also brilliant and smart.It is our honor to find her as an attorney and recommend her as the first choice to everyone.At a word She is EXCELLENT and EXPERT with a lot of experience in her job.

First of all, I would like to start by saying that I highly recommend Attorney Monica Ganjoo. She is very professional and knowledgeable. Ever since I decided to hire Attorney Ganjoo I knew that I made the correct decision. Since day one till the end of the process she always helped me with my fiance's case. During the process Attorney Ganjoo did not give up easily even though it was one difficult case, she succeeded. I am very pleased with the way she handled the case, she made us feel we were a priority to her. Attorney Ganjoo was very attentive and accessible at anytime. Whenever I had a question or simply I needed clarification she would respond promptly and professionally. Attorney Monica Ganjoo has been the best immigration lawyer I have ever worked with. As a result, I have recommended her friends and family members. I highly recommend Attorney Monica Ganjoo.

Finding an immigration lawyer you can trust is hard enough. Speaking from personal experience I've dealt with lawyers who took advantage of my family and I. So when i met Atty. Monica Ganjoo, my prayers have been finally answered. Her passion for helping my family reassured me that i made the right choice. From the start Atty. Ganjoo was very attentive and accessible anytime, from my simplest concerns, to interview, Atty. Ganjoo was with my family every step of the way. She made our immigration issue her problem as well. She understood how important this was to us and she made sure we were going to get through it together. I can't thank Atty. Ganjoo enough. She has been the blessing my family has been waiting for. Thank you Atty. Monica Ganjoo for everything, thanks for helping my family to fulfill our dreams.

I HIRED MONICA GANJOO FOR AN ASYLUM CASE. I AM FROM IRAN. SHE COMES EXTREMELY RECOMMENDED IN TGE IRANIAN COMMUNITY. MONICA WENT OVER THE PROCEDURE WITH ME WITH SO MUCH PATIENCE. SHE MET WITH ME SEVERAL TIMES TO PREPARE ME AND ANSWERED ALL MY QUESTIONS. SHE CAME TO MY ASYLUM INTERVIEW WITH ME. LAST WEEK, MY ASYLUM WAS GRANTED. IN IRAN, IT IS VERY DIFFICULT TO TRUST A LAWYER. MONICA CHANGED MY VIEW. SHE IS SIMPLY THE BEST. I OWE HER MY LIFE.

She is the best , not only as a lawyer rather as a friend, I was lucky to find her and she did the best for me ,absolutely I recommend to anyone ,don't doubt .

Monica was fantastic to work with. She and her team were personal and professional. They took care of all of the details with each step of our case which lead to a positive outcome for my husband and I. I so appreciated that she was a great communicator--each time that I had a question, she would respond promptly and professionally. I know that she and her team balance multiple clients, but we felt that we were her main priority each step of the way.
See all reviews

I happily refer all immigration clients to Monica. She is well versed and possesses tons of experience in the field of Immigration law. I feel comfortable knowing people who I referred to Monica are in good hands.

It is my pleasure to endorse Ms. Ganjoo. She is very knowledgeable, effective and hardworking. Ms. Ganjoo is an excellent choice for those in need of an immigration attorney. I highly recommend her in the field of immigration.