Mr. McMurray is a native of Southern California and earned his bachelor’s degree in political science from the University of California at Los Angeles. After graduating from UCLA, Mr. McMurray attended the College of William and Mary where he earned his Juris Doctor degree. While living in Virginia, he clerked for a law firm specializing in family law. 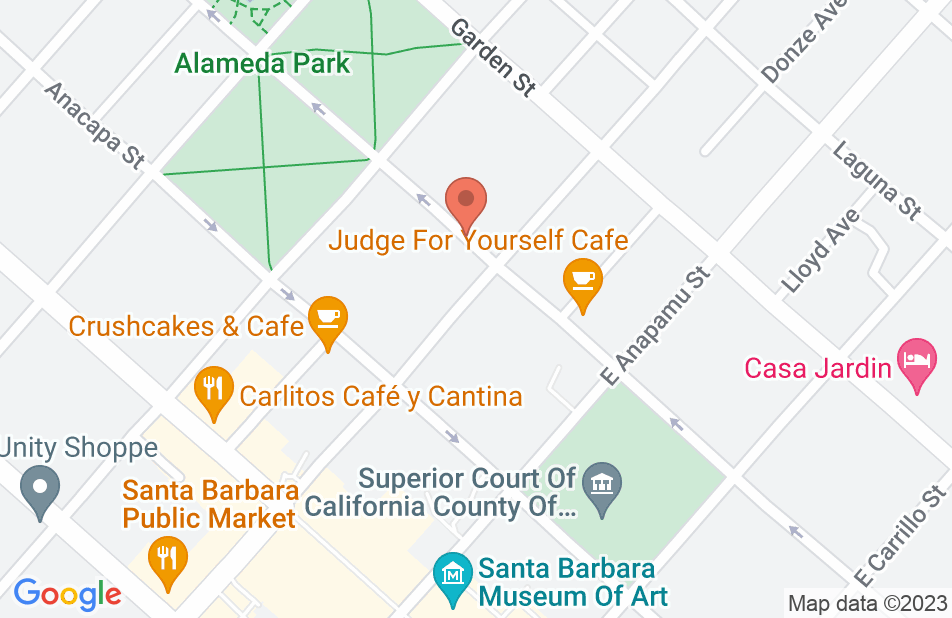 One of the good guys

Mr. McMurray was my lawyer back in December of 2010 when I was arrested by the SB County Sheriff's department. I won't go into details, but I was in serious trouble and looking at some time behind bars. In short I began to turn my life around I got myself into some local programs to deal with my personal problems. Taking Mr. McMurray's advice I worked hard to improve my situation. Mr. McMurray was truthful and helpful through the entire process, including giving me a payment plan option which helped a lot. Because legal trouble can be expensive outside of hiring a lawyer. He went to bat for me with the DA and the Judge because I fulfilled my promise to keep myself on track. I ended up avoiding jail time all together and I haven't looked back since. Alcohol was a part of my story and I've been sober ever since in part due to Mr. McMurray and his work on my behalf. Simply put he was my advocate and he helped me present my case as someone who needed help, got it and then as someone who needed a chance to make good and I can happily say he got me a second chance.
This review is from a person who hired this attorney.
Hired attorney

A very good friend of mine referred me to Mr. McMurray. I will be forever grateful. He is an extremely intelligent person. He is diligent in his work and a true advocate for his clients. He takes a personal interest in understanding how you want to be represented. He then brings a wealth of experience and knowledge of the law and manages your case in an expedient way. He is a genuinely nice person and the most professional and ethical attorney I have ever met.
This review is from a person who hired this attorney.
Hired attorney

I highly recommend Greg McMurray. He helped my son through an unfortunate situation, was always patient and professional, and his perseverance led to a favorable resolution of the case. He and his staff were very capable, pleasant and easy to work with, and my son and I are grateful for his efforts.

My husband was looking at a Felony DUI charge.. not sure what Mr. McMurray did but my husband was sentenced to 60 days and no Felony. He also understands money problems and as soon as I informed him of my husbands deportation he extended what i owed him. As a single mom of 3 this was very helpful and I thank him for his services, patience, and understanding.

I was referred to Greg McMurray when I was looking for a divorce attorney, at my first meeting I knew he was the right attorney for me. Divorce is not an easy process and Greg helped me through it, with the best possible outcome I could have hoped for. He always kept me informed and was very knowledgeable about the family law process. Greg made sure that I knew exactly what to expect every step of the way. Even when I wanted to scream and freak out, his calm demeanor and experience with the divorce process helped me to not completely fall apart. I would definitely recommend Greg for anyone going through a divorce.

My Son is Exonerated!

Mr. McMurray did an amazing job helping my son through a series of negotiations. He researched the case, attended meetings, and supported my son one hundred percent. He had a great rapport with my son and helped him feel less anxious about the proceedings. I recommend Mr. McMurray wholeheartedly.

When a advocate for children and families hears of an attorney who is doing a great job at fighting for the families in the broken juvenile system and against the broken system of CPS... I just want to thank you from many families as you are a rare Gem to find! Thank you so much and pray for many blessing for your life and know you are a RARE find! child & family advocate Rosie V

Greg McMurray is an excellant Attorney and so is his staff.

I highly recommend Mr. McMurray to anyone! Thank you Greg for helping me out with my divorce. It was all done in a timely manor and it was very stress free. His assistant Maria is very poliet, campassionate, and easy to talk to. It's not just an attorney's office, it's a place where they make you feel very welcome and not feel intimidated. . Mr. McMurray is very professional, knowlegable and caring. Thanks again Greg!!

A Treasure in the Sea of Attorneys

Mr. McMurray is personable, knowlegable and down to earth. He returns calls promptly and is available to answer questions. His knowledge of law is vast and he is able to explain law in simple terms that make sense. In turn, it is easier to navigate the legal system and have a positive outcome in your case. I was lucky to have him work on my Juvenile court case. I am forever grateful and I highly recommend you to check out his website and give him a call. Wish all lawyers were like him. -A Former Client

From my very first phone call, Mr. McMurray and his excellent staff handled my situation with the utmost professionalism. The process was very fast and I was proactively informed and updated every step of the way. It really was a stress free process and I am so happy that I went with him. I feel that I got my value for my money and to top it off I was treated with respect the whole way through. I feel a million times lighter and am very happy with the result.
See all reviews

Greg is an excellent attorney and strong advocate for his clients.

Greg McMurray is a thoughtful and effective advocate. His client's benefit from his sharp mind and his ability to focus on the issues that lead to the best outcome. I have also been impressed by his involment in the legal community by helping to shape young legal minds as a professor of law.