My practice is about managing potential pitfalls that come with having both wealth and family.  This includes taxes, management issues, planned giving as well as real and potential conflicts. 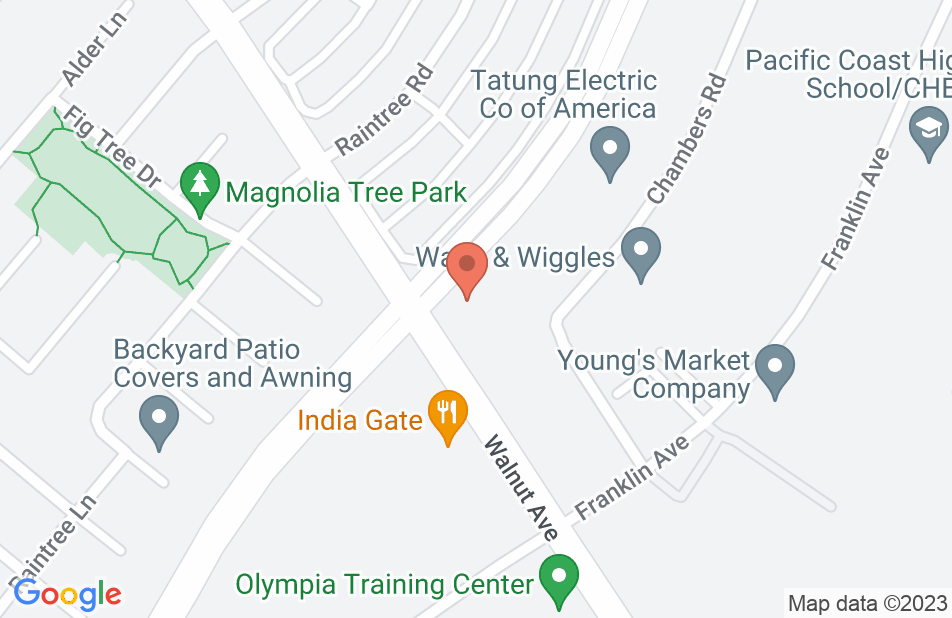 I highly recommend Ahmed Shaikh for Islamic inheritance and trust planning. He is extremely knowledgeable and was very patient with us as we asked him a myriad of questions. He was very generous with his time, and at no point did we feel rushed. He is also very thorough and professional and is open for us to call him with any questions or modifications. We asked for a quick turnaround, and he promptly delivered. Also, I must mention that Leslie Mills, Ahmed's legal assistant, went above and beyond to make the process easy for us - she went out of her way to come to the house on several occasions for our convenience. Thank you!
This review is from a person who hired this attorney.
Hired attorney
Ahmed Shaikh's response: Thank you for your kind review. We are glad to be of service.

Mr.Shaikh was able to quickly and effectively move a fairly nasty dispute over inheritance through the court with minimal impact on me. I was so pleased to turn the emotionally upsetting matter over to him, and receive my settlement at the end! He kept me updated, followed my wishes, and advised me on the most prudent steps to take- all the while sparing me the headache and drama of the ordeal, so that I could remain focused on my life and family. I hope I never have to hire an attorney again, but if I did, I would not hesitate to contact Mr. Shaikh. Ahmed Shaikh and his kind assistant Leslie were extremely accommodating, professional, and compassionate; everything you would want in a law office.
This review is from a person who hired this attorney.
Hired attorney
Ahmed Shaikh's response: Thank you for your kind words.

Peace of mind with Ahmed Shaikh

If you are an American Muslim and would like the peace of mind from knowing that your loved ones will have a clear Islamic Inheritance plan to follow, I highly recommend utilizing the services of Ahmed Shaikh. As a practicing Muslim who was lost between the Islamic and the Legal perspectives with regards to inheritance planning, I found Ahmed Shaikh to be be knowledgeable, thorough, and organized. He knows both perspectives very well and he was able to answer and address all of my concerns and questions. I definitely felt at peace once my inheritance planning was in place. I highly recommend his services.
This review is from a person who hired this attorney.
Hired attorney
Ahmed Shaikh's response: Thank you for your kind words and the amazing work you do.

Mr. Shaikh is an excellent attorney and a wonderful human being. Working with him and his staff was a very pleasent experience. He was always available to answer all my questions. He returned my calls promptly, and was extremely thorough in handling all aspects of my case. Mr. Shaikh is very professional, knowlwedgable and easy to work with. His fees are reasonable. I would highly recommend Mr. Shaikh's services to others.

After losing a loved one, you need all the support you can get to minimize the challenges you will face during this trying time handling all the final details. During these emotional times you need someone who understands your religious wishes and is sensitive to your specific needs. Ahmed helped me manage my case the best he could in probate. He helped make the process easier and reassured me every step of the way. This was a life lesson for my family. Please DO NOT wait to have your final wishes and arrangements organized as soon as possible. You never want your loved ones dealing with all the complex details of your final arrangements. Its difficult to concentrate and make important decisions under such stress and pressure. Ahmed was caring, sensitive, and always available to answer questions. He understood the subject very well. You can be assured that all the details of your arrangements will be mangaged professionally and honorably. You will not be disappointed! After a frantic search online, trying to find someone suitable to handle my case, I found Mr. Ahmed Shaikh. I am very blessed to have found someone who understood my family's needs. He consulted with me right away and guided me through this tough process. Don't wait another day. Have Ahmed help you organize your final wishes and spare your loved ones the difficult task of sorting it all out.

Ahmed Shaikh is a great Trust attorney, and very knowledgeable in his field. He did some research for me with regards to a trust matter, and gave me the information I was looking for with case law to substantiate his position on my case. He is also very personable, and very easy to talk with. I would recommend him to anyone looking for an attorney in this field!

A remarkable lawyer: friendly, available, and has a great supporting cast

Ahmed Shaikh and his staff (Leslie) helped me establish a non-profit 501(c) 3 organization. Even during our initial free-estimate conversation, I felt very comfortable with Ahmed. His knowledge and experience of the non-profit world facilitated our discussion and removed a lot of my worries. He and his staff were very responsive to my concerns via the phone and/or email. They were very accessible throughout the week to answer my concerns. There were multiple instances when they would call the IRS on my behalf to determine the status and/or reasons for delays during the approval process. Even after the approval process had finished. Even after we were approved from the IRS, our relationship still continues with small issues that arise. He and his staff are always happy to hear from me. All in all, I had a great experience and recommend him to others.

After sharing some concerns about a family situation, a friend refered me to Mr Shaikh. I called his office and he returnd my call in a very short time. He was pleasant and listened to me. Then he began asking questions. Then he helped with explanations and solutions. I decided to continue with Mr Shaikh for my estate planning. I am very impressed.

I was referred to Mr. Shaikh by a financial planner who is, also, a longtime friend. At first I was hesitant, because of the distance between his offices and my residence, but after my initial phone consultation with him, I was assured that there was no one else for me. The turning point in my decision was when he said, "We need to let them know there's a new Sheriff in town!" Once I stopped laughing, I felt very reassured that my situation was taken seriously and I felt secure that my case was in capable hands. I have not been disappointed. Mr. Shaikh and his legal assistant, have been nothing short of compassionate, incredibly competent and willing to go the distance with me in ways that I never anticipated. I feel confident in the positive outcome of my case settlement even tho' we are still in process. It has been a very difficult and devastating time for me and having Mr. Shaikh on my side has made all the difference. He does not grand stand, but sticks to the bones of the law in a simple, direct and effective way. He does not waver. He is steadfast. Additionally, he is an extremely moral and devoted family man. I will be eternally grateful to my friend who referred me to Mr. Shaikh..

Ahmed Shaikh specializes in wills, trusts and estate planning. Call him first, he knows his stuff.

Mr. Shaikh is a hard worker and a creative thinker. He's committed to providing his clients with the best possible estate plan for their individual circumstances.

Ahmed is the go to guy when it comes to estate planning, he knows the law. I endorse this lawyer.

I endorse this lawyer's work. I have known Ahmed for two years. In that time, he has shown himself to be extremely dedicated to his clients and their needs. In addition to being a fine estate planning attorney overall, I consider Ahmed to be one of the leading experts in the country on integrating Islamic law into estate planning.

I first met Ahmed through our mutual association with Wealthcounsel, a national organization for estate planning professionals, and this past year I've had the pleasure of really getting to know Ahmed well through our participation in the Laureate certification program in Advanced Wealth Strategies through the Southern California Institute. Ahmed is deeply committed to serving his clients to the best of his ability - and his abilities are substantial. He is a lifelong learner, always striving to improve his knowledge and expertise. His appreciation of the customized, caring, and compassionate side of estate planning blends well with his understanding of the important technical aspects necessary for complex tax and legacy planning. It's not too often you find a young attorney who is as committed to his craft as Ahmed. Ahmed is a rising star in the estate planning community, and I strongly endorse his work.

I know Ahmed as a friend, and also know him to be extremely knowledgeable about Islamic Estate Planning.

I endorse this lawyer's work. I've sent a number of clients his way for estate planning work. He knows the area very well.

I've worked closely with Ahmed in the past and his vigorous representation on behalf of his clients' best interests is unparalelled. I have in fact referred my own family members to him for their estate planning needs.

I endorse this lawyer's work. Ahmed is a confident and well respected estate planning attorney. He consistently delivers top quality legal representation for his clients. He has the knowledge to handle your estate. He understands how to transition your estate from one generation to the next. He can help you minimize estate taxes.