Certified Specialist in Workers' Compensation. Contact my office for a free consultation.

Scott Silberman, esq. is a Certified Specialist in Workers' Compensation.  He has experience representing both injured workers as well as employers and insurance companies, but now exclusively represents injured workers and their dependents.

Mr. Silberman is currently serving as a Commissioner in the Workers Compensation advisory law commission for the California Board of Legal Specialization.  He is one of only eight attorneys in California to currently serve in this role.

Prior to becoming one of the founding partners of Silberman & Lam, LLP, Mr. Silberman was a partner at Silberman Law Offices, LLP.  Before becoming an attorney, Mr. Silberman worked both as a claims adjuster and as a legal extern at the California Court of Appeal for Presiding Justice  David Sills.  When not working Scott enjoys Skiing and Scuba diving and spending time with his sons. 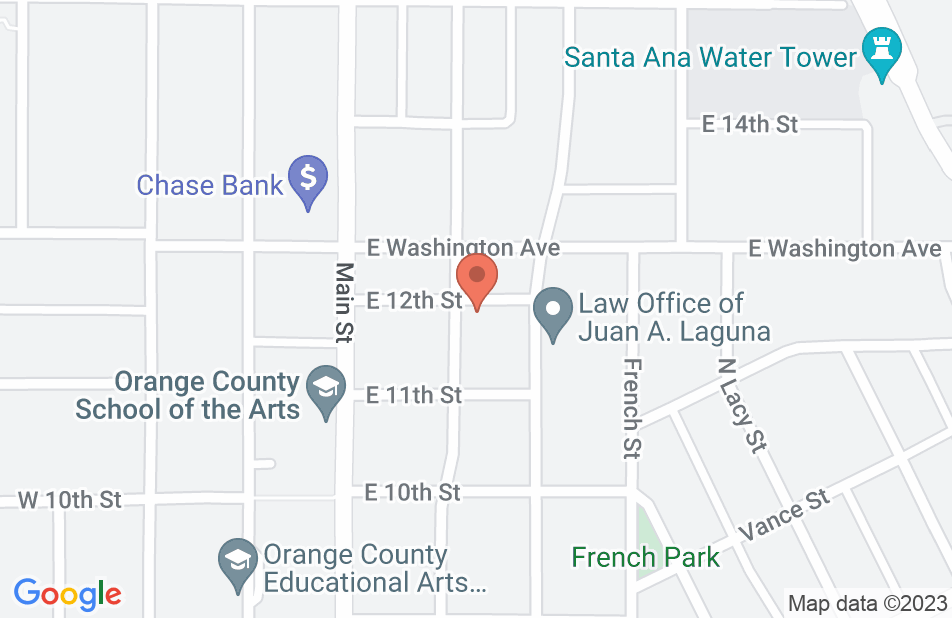 Silberman and Lam represented me in my work injury case and I couldnt have been more pleased. Scott and Sheryl not only really know the laws, but they are caring as well. I never felt like my case was unimportant to them and when they weren't available I found their staff to be extremely helpful and knowledgeable. I recommend Silberman and Lam to my family and friends and anyone I run into that has a workers compensation injury.

Scott represented me a few years back on a workman's comp case i had and I could not have been in better hands. After hiring an attorney who never responded or cared about my concerns, I was referred to Scott and Sheryl to further assist me. They helped me throughout the whole process and got me a fair settlement. I was impressed by the promptness of Scott's answers to my calls and emails. if there was a time he was not available his staff was there to assist. I highly recommend Scott and Sheryl Silberman.

Scott and Sheryl's experience has enabled me to get the best representation possible especially in complex world of Worker's Compensation battle with my employer. I was able to get fair deal in my favor and the ability to not worry about medical bills for the rest of my life. I highly recommend the expertise and experience with Silberman & Lam attorneys for all your Worker's Compensation representation needs!
This review is from a person who hired this attorney.
Hired attorney

When I approached Silberman & Lam my expectations were very high. I had three surgeries and had managed my own case. After the third surgery I was tired of competing against the employer's law firm that had a team of skilled attorneys and the claims adjuster. My goal was for the insurance company to provide whatever was necessary to recover. That was more important to me than compensation. My attorney stuck it out with me. The paralegal, Christina, was the best. She was just as detail oriented as I was. Their team appealed Utilization Review denials. They also made sure that "all" of my pertinent medical records were sent to the Qualified Medical Examiner. I finally decided that it would be best for my attorney to discuss a compromise and release since I didn't want anymore surgeries. Finally, they were able to negotiate a settlement that was favorable.
This review is from a person who hired this attorney.
Hired attorney

My lawyer Sheryl Lam got me a settlement that I believed I deserved based on the medical conditions I have now after having worked there. They tried to settle several times with a lower amount but she never gave up until I told her I would settle. I love all the assistants, they all could tell me what was going on with my settlement when I called so I could stay up to date. I would and have recommend them to my friends and family if they ever need a lawyer.
This review is from a person who hired this attorney.
Hired attorney

Both my parents and I have used Silberman and Lam on our unfair cases. It was very tedious and tiring after trying to deal with the employer's worker's comp who do not want to be fair or be on the worker's side. We wanted fair doctors, fair treatment to heal, to be able to have a life without pain. Silberman and Lam was there in a flash to help with our situations, of which my situation could have been fixed easily if worker's comp was not trying to pin me for something false. My parents situation was more harsh as my father's back was ruined from a horrible fall at work. I trust and recommend Silberman and Lam, as they are professional, honest, trustworthy, and helpful! I can't thank them enough for their service. Being a lawyer isn't easy. Neither is becoming a patient who wants to heal to still work.
This review is from a person who hired this attorney.
Hired attorney

very happy the way Scott explained to me about out come of my case. he defiantly take your side all the way to the end.
This review is from a potential client who consulted with this attorney.
Consulted attorney

We didn't speak with Scott Silberman, we spoke to the Hearing Rep, Sergio Tellez. We went for a consult for my husband's work comp case/settlement as they were, (surprise), giving us the run around. Sergio listened to everything, explained a lot of things and we left feeling very confident that we are leaving things in very capable hands.
This review is from a person who hired this attorney.
Hired attorney

I was in a Workers Comp situation and my employer was not being fair. Reducing my hours, giving me undesirable tasks, he even claimed I quit! I needed a lawyer to help me fight those hardball tactics. Silberman and Lam did a great job and successfully negotiated a fair settlement. I highly recommend the great team at Silberman and Lam.
This review is from a person who hired this attorney.
Hired attorney

Siilberman and Lam are the best to retain for a workers comp case. My husbands case lasted 13 years, and Scott and Sheryl hung in and guided us throughout the entire process. They are very compassionate, friendly, knowledgeable and very experienced. We just reached settlement and are extremely satisfied with the outcome. Heartfelt thanks to Scott, Sheryl and their staff!
This review is from a person who hired this attorney.
Hired attorney
See all reviews

Highly skilled and knowledgable lawyer. Personable and very easy to work with . As a new lawyer, I reached out with a workers comp case that was out of my field of practice. Scott was a great listener and highly detail oriented . I do not hesitate referring clients . Great lawyer and a lawyer's lawyer. You cannot go wrong with this attorney.

I endorse this lawyer. Scott Silberman is a well-known and well-liked work injury lawyer in southern California and a leader in the Applicants' attorneys bar

Mr. Silberman is a very knowledgeable and compassionate attorney. He is just the kind of attorney you want in your corner, when the going gets tough.

Walter Haines, Employment and labor Attorney on May 27, 2014
Relationship: Fellow lawyer in community

Lawyers who serve the avvo community as much as Mr. Silberman are few and far between. It takes passion, concern and dedication to devote so much time. You have my endorsement and kudos.

Scott is extremely knowledgable of the law and a tireless advocate on behalf of his clients.

I have had a number of cases in the past with Scott as my opposing counsel. He is professional yet a great advocate for his clients. He knows the law in the area of Worker's Compensation very well.

I have worked with Scott for over 10 years and can tell you that he is a very effective attorney. Scott is someone who is updating himself on changes in the law and new cases on a daily basis. He holds his clients in very high esteem and earns their respect because of it. Scott emphasizes to the staff the importance of quick responses to the client's need for medical treatment and attention to their cases. Because of this, 90% of Scott's new clients are referrals from prior clients. I have enjoyed working with Scott for many years and there is no one i would rather work with.

I endorse this lawyer. He is very knowledgeable about California workers' compensation law and highly skilled in litigation. He reviews cases with great thoroughness and attention to detail, and obtains excellent results for his clients.

I endorse this lawyer. I have known and worked with Scott Silberman for over 10 years. I give him the highest recommendation. He is very knowledgeable in the Worker's Compensation field. I fee extremely confident whenever I refer a client to Scott because I know that the client will receive the best representation possible.

Scott and I have worked together on several cases. Our different skill sets have helped our mutual clients obtain significant results which make a difference in their lives. Workers compensation cases can be complex and require an attorney who specializes in this area. Scott does, and by choosing him, you will be well represented and your rights will be protected.

Attorney Silberman is an experienced attorney and I defer to his judgment regarding complex Workers Compensation matters. His attention to detail and extensive knowledge of this area of law has provided successful results to all clients I have referred to his office.