Attorney Grech has been named to the Top 100 Trial Lawyers. Trust him for legal guidance.

When you are accused of a crime its easy to feel embarrassed,  alone and overwhelmed.  I understand that this can be the worst time in your life.  You want somebody who actually cares about what happens to you.  You need a lawyer with the highest level of skill and experience.  I represent people accused of crimes.  I stand by my clients in their hour of need and fight hard for them. I am proud to fight for clients in courtrooms throughout California.  I have been recognized as a top expert in the field of criminal law and Certified by the State Bar of California as a Specialist in Criminal Law. If you are looking for a lawyer who will listen to your side and fight for your freedom please give me a call. 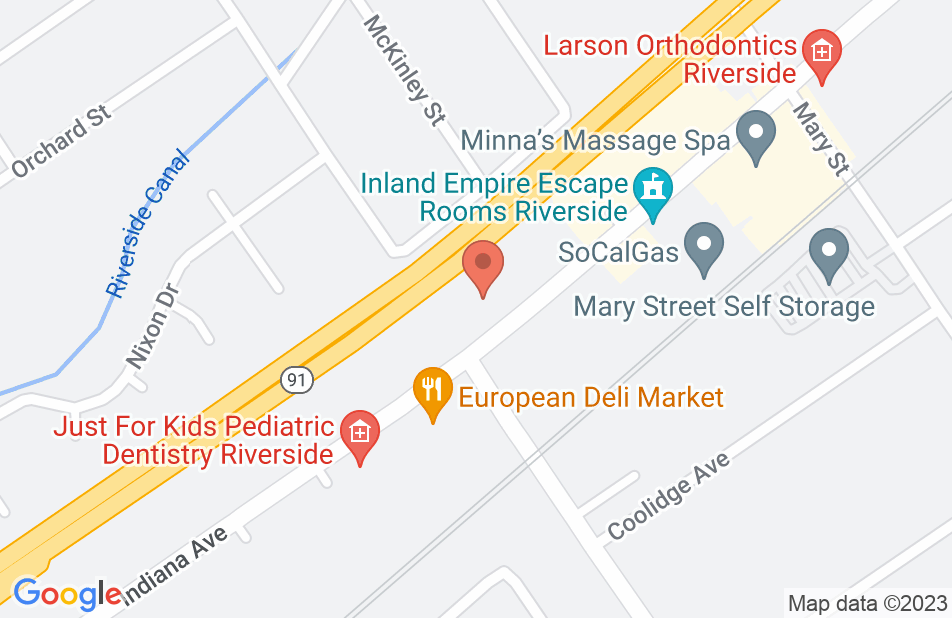 Mr. Grech and Team I thoroughly recommend. There are excellent attorneys in the Riverside area, but Paul is arguably one of the best. His team did a fantastic job for our family; they went above and beyond a transactional financial client-attorney relationship. They were professional, honest, and importantly, showed genuine interest in our family’s well-being. I was facing child endangerment criminal charges, because of allegations by a school mandated reporter. Unfortunately, this is a parent’s worst nightmare, because these allegations can destroy careers and families. Mr. Grech successfully persuaded the DA to dismiss the original charges in exchange for disturbing the peace infraction (PC. 415(2)) and a nominal fine. Only an attorney of his caliber (30 years+ experience) would have got this outcome.
This review is from a person who hired this attorney.
Hired attorney

Paul defended a vandalism case against me and was able to get charges reduced, What stood out the most is that he had empathy for me and my situation, Was very patient every time we consulted, And although I was a “client” I felt like a person and certainly not a criminal, Paul took my case personally and that had a calming effect on me. I would definitely recommend him to anyone in need. I have to mention his assistant, “Miguel” in this review, Miguel was always available and he too was very professional and sympathetic to my case and he should be recognized for an outstanding job that he does For this firm
This review is from a person who hired this attorney.
Hired attorney

My Story--- It was June 2017, my wife and I returned home about midnight from bar hoping in the riverside area. We were both heavily under the influence of alcohol. An argument soon started by my wife and then she started to hit me. This went on for quite a while. At some point I returned the hits in an effort to stop her. She called the police and blamed it all on me. Of course, all things being equal, the man is always the poor bastard to get screwed. I was hauled off to jail at 2 am with bail set at $50k. The police also confiscated all my Guns because it was a domestic Felony case. After i was released the next morning, I contacted my business attorney for a reference and Paul's name was provided. I immediately called Paul and told him how I was referred. He met with my wife and I within a couple days as our schedules would allow. During our meeting, Paul met with us together and then individually to get a better story and picture of my Felony case he was to defend. In an effort to bring Paul up to speed, I provided him with a complete history of my business and personal accomplishments. Paul could see that my wife and I loved each other and that we were both solid members of the community. Paul developed a brilliant plan to work within the confines of a "not perfect" legal system hell bent on prosecution. Paul wasted no time in going to work on the case since timing was important. It was a great plan that achieved a huge and unexpected victory. Paul was able to have all charges dropped. Completely!! Not reduced from a Felony to a misdemeanor, but completely removed!! In addition, Paul also helped me retrieve all my guns from the police detention facility by working with the DOJ in Sacramento. In summary, Paul Grech and his team solidified an incredible legal victory for me. Paul knows the "system" and how it works. He also has the right connections to achieve favorable and / or reasonable results. I have been personal friends with Paul, his family and friends ever since. Paul is the very best! You won't be disappointed.
This review is from a person who hired this attorney.
Hired attorney

Amazing law firm. I worked with Trent Packer and had stellar results. Far better than I hoped for! Thanks guys!
This review is from a person who hired this attorney.
Hired attorney

Remained by my side for over two and a half years of trails, court appearances and all the hard times that come with felony charges. He will always be straight with you and will never lie or bull crap you. He is devoted to providing the truth and is the best at it.
This review is from a person who hired this attorney.
Hired attorney

Best attorney in the area

I hired Mr. Grech to defend me after I was arrested for a DUI. He represented me during the court proceeding and the DMV hearing. He was able to save my license as well as my reputation. He was able to prove my innocence. I would recommend Mr. Grech to anyone seeking representation in a criminal matter. He is thorough, knowledgeable, and caring. I felt like I was represented by the most intelligent attorney in the area and I was pleased with the outcome.
This review is from a person who hired this attorney.
Hired attorney

Paul Grech Jr, handled my case with such care and compassion. When I left my initial consult with Mr. Grech I felt at ease. I knew I had made the right decision in chosing this attorney. He listened to my situation, he told me the best and worst possible outcome. I am very pleased with his work.

Mr. Grech represented me in a DUI case in 2009 in Riverside Superior Court, Southwest Justice Center, and with the Department of Motor Vehicles Hearing regarding my driver's license. I was extremely pleased with the way Mr. Grech handled my case, his professionalism, courtesy, knowledge, and ability to resolve the matter in the most favorable way. Thanks to Mr. Grech's competent, detailed, and thorough handling of my legal issues, I have been able to resolve the matter and put it behind me. I would recommend Mr. Grech to anyone who would need any type of criminal defense representation.

Was charged with a serious felony. With 2 eye witnesses proving my innocence, he let the DA give me 7 years for a crime I didn't commit. 2 days before, he told me I would get a suspended sentence. He assured me since he was a former District Attorney, he knew how to handle my case. It was awful. I lost everything. He talks a great game, but the reality is if you need an attorney that will fight for you, Paul Grech and his partner aren't it. He couldn't even get the judge recused who had served on my divorce and was now sitting as the criminal court judge. Paul never delivered on any of his promises. In fact, it was his paralegal who did most of the work, but who was also the most compassionate. If you need a serious attorney, go with ANYONE else!
This review is from a person who hired this attorney.
Hired attorney
Paul Grech's response: I am personally sorry to read your review. In my 37 years practicing criminal law, I have handled thousands of cases and cared deeply for each client. Although your comments are anonymous, I do know your case and remember it well. You were charged with attempted premeditated and deliberate murder involving being armed with a firearm. You were facing 15 to life on the attempted murder charge and an additional 10 years for being armed with a firearm. Your total exposure on those charges alone was 25 to life. There were more charges as well. In deciding whether to enter into a plea bargain, you were faced with the possibility of spending the rest of your life in prison. I clearly remember how frightened you were and how desperate you seemed. I understand why you chose a plea bargain over trial. Your eyewitnesses originally told the police a story that was very unfavorable to you. Family members had identified you to the police and the judge had set your bail so high that you could not be released. I have seen people wonder what would have happened if they had taken their case to trial. In your case, the seven (7) year plea bargain was carefully structured so that you could be released from prison in a little over three (3) years. I am pleased that has happened. The Judge carefully explained to you the details of the plea bargain and your absolute right to a trial. A transcript of your decision to forego a trial and enter into the plea bargain is available through the court. I am sorry that you regret your decision, but I stand by the high-quality legal work done on your behalf and am thoroughly convinced that we saved you from a certain life sentence.

I endorse this lawyer. I have known Paul since I was a prosecutor in Riverside24 years ago. We opposed one another on some white collar matters. I observed how Paul handled clients and presented his defense, both in negotiations and in court. His skill was very impressive. When I decided it was time to join the defense bar 19 years ago, it was Paul I consulted. In the almost two decades since, I have seen Paul's continued ascension to the top in his field. He is a great lawyer, and person. I am proud to endorse him.

Paul is an amazing attorney. He does a great job for his clients. I highly recommend him.

William Bratton, Divorce and separation Attorney on Nov 6, 2013
Relationship: Worked together on matter

I endorse this lawyer.A consumate professional and a pleasure to work with. Highly recommended.

A zealous and knowledgeable advocate. Paul knows his stuff and knows the legal community like few in Riverside.

Daniel Tripathi, Litigation Attorney on May 1, 2012
Relationship: Worked together on matter

I strongly endorse Mr. Grech. He is diligent, knowledgeable and highly regarded.

Paul is a fantastic lawyer with superior trial skills. I know that Paul cares about every client and that he works very hard to ensure that they are provided a great defense.

I endorse this lawyer's work. Paul Grech Jr is one of the premier attorneys practicing law in the state of California. He is a trial lawyer who is never afraid to take on the task of difficult cases which put fear in most attorneys. Paul runs a successful practice geared to trial work including motions and writs. His work satisfies his clients and prompts their continued appreciation.