Solving your immigration problems is our expertise. Licensed in the Philippines and speaks Tagalog.

SUSAN V. PEREZ, ESQ. provides legal services in the areas of U.S. immigration and naturalization. She is able to assist clients in obtaining working visas, greencard and U.S. citizenship, in bringing their relatives into the United States in a timely fashion, reinstating petitions that have been revoked due to the death of the petitioner, extending or changing their status while in the United States, keeping their legal permanent resident status, defending their removal cases, and appealing visa denials by the consular office.

She is a member of both the California and Philippine Bars with a combined sixteen (16) years of experience in both jurisdictions in the areas of Immigration and Naturalization, Appellate, Juvenile Dependency, Family, Corporate, Civil, and Criminal Law. Her office is located in Downtown San Diego, California.

She was born and raised in the Philippines, and went through a long and difficult process of immigrating to the United States.  Atty. Perez was separated from her parents for ten (10) long years before she became a legal permanent resident of the United States.  Her parents left the Philippines when she was 18 years old.  Like most immigrants, they left their home country to give their children a better future.

Atty. Perez was determined to realize her American dream.  While waiting for her I-130 petition, she dedicated her time and energy to become a successful student.  Her efforts paid off.  She became a Certified Public Accountant and Attorney.

Before immigrating to the United States, Atty. Perez had practiced in the Philippines for seven (7) years both as a litigation and corporate attorney.  In 2000, she started her career in the United States with the Office of County Counsel doing appellate work.  Her five years stint at County Counsel honed her writing and appellate skills.  In 2006, she left County Counsel to pursue her true passion which to defend the rights of immigrants. She was once an immigrant and speak the language of one of the bigger ethnic populations in Northern America.  Since then she has exclusively dedicated her practice to U.S Immigration and Naturalization Law.  Atty. Perez handles each case with zeal and dedication.  This is how she passed the California Bar on her first try.

Atty. Perez earned her Law degree from San Beda College, Philippines and is pursuing a Master’s of law degree at the University of San Diego, California.  Atty. Perez is also admitted to practice before the Immigration and Naturalization Service, Immigration Courts, Board of Immigration Appeals, Ninth Circuit of the Court of Appeals, U.S. District Court for the Central and Southern Districts of California. She is a member of the American Immigration Lawyers Association, San Diego County Bar Association, and Sororitas Reginae Juris. She is fluent in English and Tagalog. 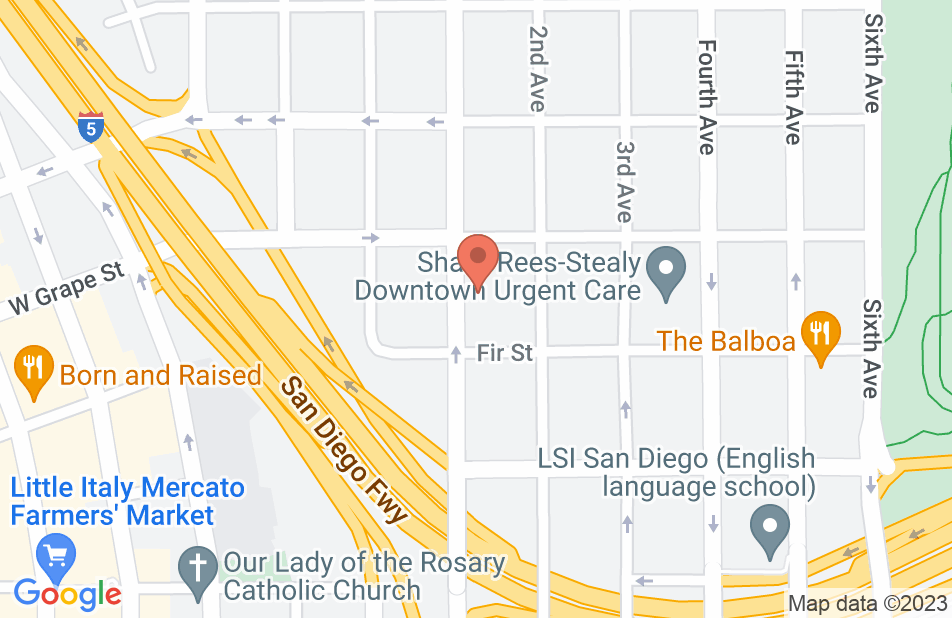 If you want to succeed with the USCIS especially with cases involving NOID, RFE and other complex immigration problems, contact the office of Attorney Susan Perez. If you want an excellent lawyer to stand up to the overzealous immigration officers, call Susan Perez. If you want your Green Card on time, use Susan Perez. If you want a diligent job done, use this lawyer. She is professional, diligent, determined, affordable, and available. She will work with you in every way possible and each step of the way. I started my immigration process with another lawyer in Houston. He screwed up my case with improper labelling, ill-advice and presumptuousness. I was issued a NOID. I moved to California before the NOID arrived Houston so I did not get the NOID until I had barely 2 weeks left to respond. A lot of lawyers turned me away. I received comments from multiple lawyers ranging from “We cannot fix something that is already broken” to “you are being accused of immigration fraud, just start all over if it is not fraud”. A lawyer asked why he would take a case another lawyer started and messed up. I approach, Attorney Susan V. Perez, in June 2020, in the middle of the pandemic. She listened and reviewed the NOID. She destroyed the USCIS claims with her skillful response to the NOID. This lawyer is awesome. I usually do not write reviews but Susan Perez is excellent and I want to thank those who reviewed her previously. I relied on your reviews online about Susan Perez. She made me believe there is hope. She showed a lot of positivity. I was almost depressed about the actions and inactions of the USCIS. Let Susan Perez help you! What she did Careful and systematic review of the NOID (Made notes of point she intends to dispute) Solid and professional response to the NOID Several interviews and reviews about the matter She was very optimistic, empathetic and encouraging. What she did not do. Did not take advantage of the situation to extort me. Did not prejudge the issue on the basis of the NOID Did not hand the matter over to a paralegal or a third party to deal with the case after my first visit.
This review is from a person who hired this attorney.
Hired attorney

Her expertise in the immigration procedures led to the easy, smooth and fast approval of my application of adjustment of status to that of permanent resident despite of my overstayed visa. Atty. Susan has been very professional, friendly, patient and very accommodating lawyer with all my inquiries. She personally address my concerns and guided me in every steps of the way. Although we are communicating only through email, phone and video chat, it’s never hard to get in touch with her and she replied to your email within the day and answer her phone all the time. I can’t thank her enough. Superb service and amazing lawyer. Highly recommended.
This review is from a person who hired this attorney.
Hired attorney

Atty. Susan Is the best lawyer!!! I’m from Philippines she helped me from the start , getting in America and my naturalization to be a citizen She did so awesome THANK YOU SO MUCH ATTY. SUSAN PEREZ!
This review is from a person who hired this attorney.
Hired attorney
Susan Perez's response: you're welcome. it was pleasure working with you and your husband.

Atty. Susan is the best immigration lawyer out there. She handled my AOS which is a little complicated for my case. She was very thorough every step of the process. Always have answers with all of our questions and very calm in dealing with any of our worries. I would recommend her to anyone who needs an immigration lawyer. May God bless her more, because she is a blessing to us!
This review is from a person who hired this attorney.
Hired attorney

From the time we decided to hire her, we know right away our Mama is in safe hands. She surely knows her profession very well. She handled our Mama's case with utmost competence and diligence.. all her advices to us contributed well to the timely and immediate approval of our Mama's US citizenship application. I commend her for all the support she has shown to our mama, assisting her throughout her journey.. Our mama had finally taken her Oath as US citizen last Feb 14. Thank you to this awesome lawyer who had help us all the way!
This review is from a person who hired this attorney.
Hired attorney

She has provided the best services to us as our immigration lawyer. She took care of everything and asked us what she needed to get our process started. It only took four months for us to get our permanent residency finalized after we filed for adjustment of status. It was incredibly fast. She knows her field really well and she knows what to do every step of the way. She’s worth every penny and Susan is highly recommended.
This review is from a person who hired this attorney.
Hired attorney
Susan Perez's response: thank you :-)

My kind of lawyer

Today I became a citizen! I feel so blessed and lucky to have hired her expertise. I especially had a difficult and seemingly hard situation at a time like this but she was always calm and exercised wisdom as I expressed concern and pessimism and it did pay off. I can’t thank her enough and so grateful that I read about her in one of the Filipino newspapers. I highly and proudly will recommend her. Thank you Atty Perez, from the bottom of my heart. My family is grateful as well.
This review is from a person who hired this attorney.
Hired attorney
Susan Perez's response: thanks for writing a great review. God bless

Highly recommend to all !

I had hired Attorney Perez to help me with my young daughters that were born in the Philippines, within a few months my daughters had their US birth certificates and US passports and are now migrating to America to live with me! She was really a godsend and she is the reason that my daughters are reunited with their father here in America! That to me is priceless and all I can say that thanks to Attorney Perez we are a reunited happy family !! It’s very hard to find an attorney that not only is very professional and knowledgeable but treats her clients like family! We could not have accomplished being reunited again without Attorney Perez’s help!
This review is from a person who hired this attorney.
Hired attorney
Susan Perez's response: thank you

Atty Susan Perez as our legal counsel to appeal for a Humanitarian Reinstatement (I-130 dies) was a huge success, thanks for her unending perseverance and support, she made the 10 months duration of processing our case less difficult for us and couldn’t be more proud that she was able to win the hearts of NVC in appealing for our plea. We would like to commend her for being onboard 100% with our hopes and dreams of our family being together in California. Again we are so blessed to have her included to our journey.
This review is from a person who hired this attorney.
Hired attorney

We found Susan from Google and we are so glad we did. We had picked her mainly from the great reviews we had read and bad stories of people who had attempted to go through the process without an attorney. Many of those people made mistakes in paperwork and delayed the process. We had some calls with Susan before meeting her. Once we met her we knew we made the right decision. She was kind, professional and very thorough. She really put our minds at ease. We had the paperwork filled out (not nearly as much as we thought it might be) and documents needed. Once that was processed, we got an appointment about two months later for the immigration interview. It went fine and Susan was in the room with us behind us while the government employee asked the necessary questions. Once approved, as it was, we had the card for the wife in about a week! Amazing! Thank you again Susan for all your help. You made an overwhelming situation fairly streamlined and easy! Kevin & Sweet
This review is from a person who hired this attorney.
Hired attorney
See all reviews

I endorse this lawyer. Atty. Perez is a competent and knowledgeable attorney.

I endorse this lawyer.Atty. Susan Perez is truly a miracle worker in the area of immigration and family cases. More power and God bless Atty. Sue!;)

This attorney works very hard for the clients and keeps up with the law by attending legal seminars to assist them in this regard. I endorse this attorney.

I endorse this lawyer. Susan is a great lawyer, she passionate about immigration and is a true asset to her clients.