Attorney James Bader practices workers compensation law throughout Southern California in his Pomona law office. Mr. Bader was admitted to practice in California in 1992 and focuses almost exclusively on helping injured workers through the process of recovering from their on-the-job injury. His experience as an insurance claims adjuster and insurance defense attorney enables him to view all sides of a workplace injury and prepare a claim with the best chances for prompt, initial success.

Mr. Bader earned his B.S. degree in Finance from California Polytechnic University (Cal Poly) in Pomona in 1982. He later attended the University of LaVerne College of Law, earning his Juris Doctorate law degree in 1991. While attending law school, Mr. Bader was recognized for attaining the highest grade in his Legal Writing class through the receipt of the American Jurisprudence Award in Legal Writing in 1987.

Mr. Bader is a member of both the State Bar of California and the Los Angeles County Bar Association. Since 1998, he has been a member of the Million Dollar Advocates Forum. In addition to his legal practice, Mr. Bader serves as a Volunteer Settlement Officer for the Los Angeles Superior Court. 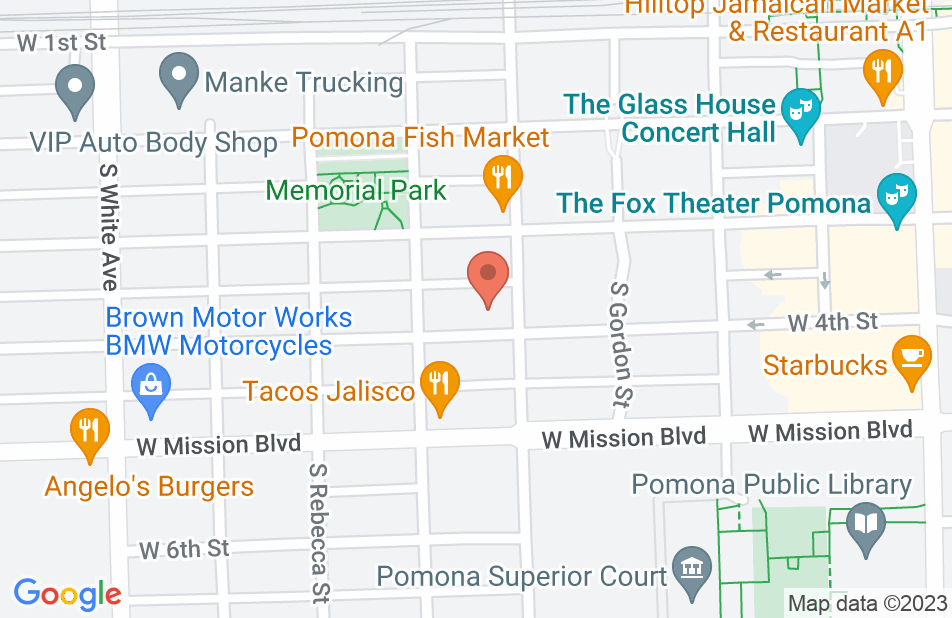 I like his answer ,not complex , simple and easy ,being a humain beat benefit is some time we can sense certine things ,about positive thing ,and I definitely can ensure that ,what he does,do it from his hurt ,keep it up ,thank you so much
This review is from a potential client who consulted with this attorney.
Consulted attorney

Great helpful lawyer who helped me with my workers Compensation case

I had a workers compensation/mental stress case which I was sure would be very hard to deal with or even win due to the tricky nature of my situation at work. I consulted with Mr. Bader and his 'no case is hard enough' attitude made me feel like there was some hope and that I might get the compensation I deserved. With his positive energy and professionalism he managed the impossible and won my case and I will forever be grateful for the hard work he put in! If I ever need legal advice again I know whom I will turn to.
This review is from a person who hired this attorney.
Hired attorney

He is so knowledgeable and he goes out of his way for his clients. He explains everything to you so you understand what's best for you. I have recommended him to people and we all love him. His staff Erika is awesome and so well educated and polite to all.
This review is from a person who hired this attorney.
Hired attorney

Before hiring Jim Bader, I had an attorney that was giving the run around for a year. I decided to have a second option with Jim Bader. My case was stress leave from work. Jim didn't give me the run around he was up front and told me what he could do to help me. I had already been released from medical care and Jim helped me settle my case. He's a very knowledgeable attorney and will refer familys and friends to his office. Thank you Jim.
This review is from a person who hired this attorney.
Hired attorney

I contacted Mr. Bader after calling several other attorney's to take my case. All the others declined to take my case because my original attorney who was on the case for about four years unexpectedly passed away. All others were concerned about dividing the settlement but Mr. Bader was concerned about ME. I can't even begin to state what Mr. Bader and his staff had to go through to obtain my file from my previous attorney's office but they supported me to the completion of my case. I would recommend Mr. Bader & his staff to anyone.
This review is from a person who hired this attorney.
Hired attorney

Not the attorney for you!!!!

I just left James Bader's office in shock at how rude and uneducated he was!!! I handed him my POWER OF ATTORNEY and he insisted it was a MEDICAL RATHER THEN A BROAD POWER WITH EXCEPTION TO MEDICAL!!! When he read it out loud he got mad at me because a woman should never be smarter then a man! Next he insisted my husband's case was awarded in 1984 and when I corrected him that it was 1994 he really got mad saying I was wrong even though the papers were in his hands!! If you are a woman or a man and you value your workers compensation rights I assure you BADER is not the attorney who could help you.
This review is from a potential client who consulted with this attorney.
Consulted attorney

I endorse this lawyer. I have known Jim Bader as a colleague and friend for over 20 years. Jim's work ethic, character, integrity and dedication to the practice of law and his clients are second to none. Jim is always available for his clients and provides a personal relationship with each and every one of his clients, which is often overlooked by many attorneys.

James Bader and I have been opposing each other occasionally for at least 15 years. He is always looking out for his client, and knows what his case is worth so that unnecessary Trials can be avoided. I would recommend Mr. Bader to someone with a WC case in the Pomona venue.