First of all, although his name is "Mark Daniel", Mr. Melnick is known to his friends as simply "Dan" (it's a long story).
Dan Melnick was born in Santa Monica, California and he grew up in the San Fernando Valley. After high school he got a job working for United Artists as a production assistant and spent nearly a year in Yugoslavia making (and appearing in) the movie Fiddler on the Roof. Upon his return to the U.S. Dan attended UCLA and graduated in 1975. Following his graduation from UCLA he went to work helping a family friend finish building a 60 foot cement sail boat and helped him sail it to Hawaii during the summer of 1975. With 2500 miles and 3 months of sailing behind him Dan returned and  attended Law School at the University of San Fernando Valley School of law, graduating in 1978. During his years in college and law school he worked and supported himself as a night crew and deli clerk at Ralphs Grocery store in Sherman Oaks. Notably, Dan is still friends with many of his old coworkers from his days of stocking shelves.

Shortly after passing the Bar exam Mr. Melnick went to work in Chicago as a management labor law and labor relations consultant for the premiere consulting firm in the country. In 1983 he again returned to the Los Angeles area to practice labor law, but that didn't last long. Early in his practice Mr. Melnick was referred a criminal case for trial. He tried the case and realized that criminal defense was his calling. It was in criminal defense that he felt he was able to truly provide a service that helped people on a personal level. Instead of reading contracts and arguing with management and unions he was able to work in a court room directly with his clients and juries. Most importantly, instead of helping big companies he was now able to protect "the little Guy" from the often oppressive government prosecutors. Since that first case, Dan Melnick has handled thousands of criminal cases of virtually every type, large and small, and to this day he continues to fight for the individual.

In his spare time Dan is an avid ice hockey player and he has played all over the world including Austria, Australia, Finland, Norway and Sweden. Fifteen years ago one of the local leagues was named in his honor when the name was changed to the "Melnick Division". He is also a licensed Scuba Instructor and a commercially licensed sea captain with a fifty ton masters license. In 2002, Dan sold his law practice and left for an extended cruise on his sailboat. After sailing the waters of Mexico and Central America all the way to Costa Rica (4000 miles) in all kinds of  weather, Dan returned to Los Angeles in 2006 and returned to the practice of law.

Because of his background, Dan can relate to people from all walks of life., He is a guy who is comfortable in a tuxedo or shorts and a t-shirt. He can (and has) fit in at the best Beverly Hills bistro or the corner bar in Van Nuys.  All of his experience and success, legal and otherwise, gives Dan Melnick the knowledge,  patience,  understanding and strength to deal with the stess and concerns of his clients and the ability to sucessfully fight the stringent demands of the legal system.

"If you hire me, I will be your lawyer. No one else!
I will take your calls day or night. No one else!
I will make time for you.
We will not be strangers and all your questions will get answers.
It's more than buisness, it's personal! That's my commitment to my clients." 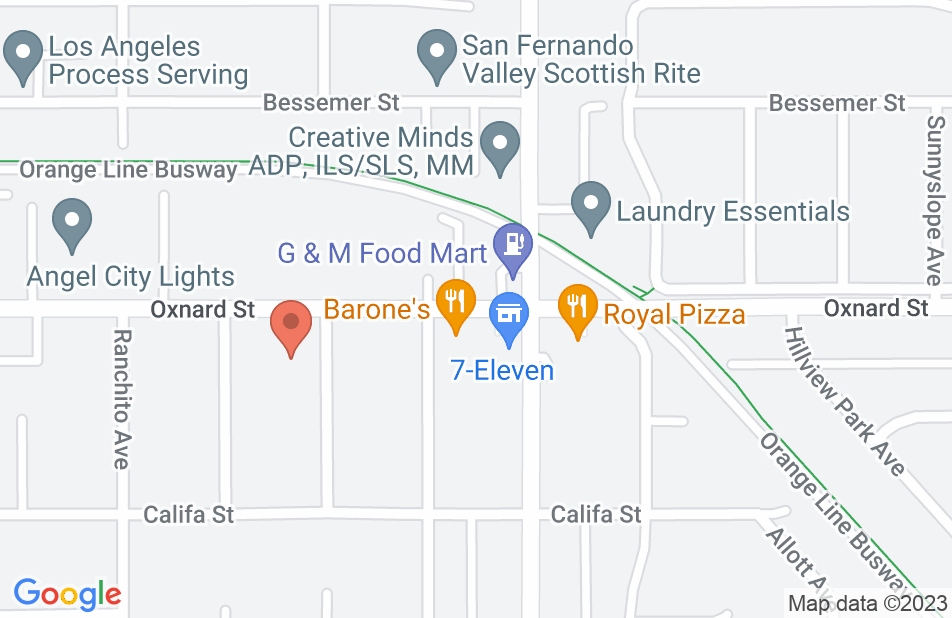 I was very nervous about my situation with the courts. He was able to help me through everything and made it a litttle less stressful. I was very happy with the his work.

Dan Melnick was a fantastic attorney during my DUI case. He is very professional and yet very personable. He conveyed that he actually cared about me and how I was doing, and often asked how I was doing and handling everything. He allowed me to call him any time day or night with questions and concerns and promptly returned my calls. He also allowed me to set up a payment plan that worked best for my financial situation. He provided me with realistic expectations and saved me from a lot of heartache by minimizing all I had to do. He also helped me get enrolled in the required classes when they were going to turn me away! Without him I would have been at loss at what do and would have made some kind of mistake. I highly recommend Dan Melnick- you do need an attorney if you have been charged with a DUI and he will do all that is possible to get you through it with the least pain possible!

Dan handled my felony case with exceptional care and effectiveness. For my case, Dan performed really well at key inflection points, often showing creativity and thoroughness in his arguments. I was left feeling that I had just the right attorney for my situation, and the fact that Dan is highly respected by judges as honest and ethical, played into my very successful result. I can't recommend him highly enough.
This review is from a person who hired this attorney.
Hired attorney

I came to Dan a few times and I want to say it was the best decision I've made. He was very straightforward with me and the best part is the many years of experience he has. He was able to pretty much guess the outcome of my case from just our first consultation. He's a great guy and very easy going and caring!
This review is from a person who hired this attorney.
Hired attorney

I spoke with Mr. Melnick. He is a kind man. He was compassionate about my family and my situation. He helped my understand the case better. I would highly recommend him.
This review is from a potential client who consulted with this attorney.
Consulted attorney

Dan was extremely helpful, he was knowledgeable and honest with the possibilities of the case. I had four felonies on a sales case and I was facing 8 years minimum with priors. He was able to negotiate with the D.A. to drop three of the charges and I had the choice between 180 days in jail or 45 days cal trans. He truly cares about his clients and goes to bat for them the way a lawyer should. Its more than just a job for Dan.

Look no further. I must say that Dan, is likely the most experienced and respected attorneys around Southern California.He truly cares about your well being and always goes out of his way to help out. Hes not your runaround type attorney. He takes your case very seriously,and enjoys the challenge even after 30 plus years. Trust me,I have had Dan as my attorney since 1993.I had a rough time early on in life and had felonies that could have ruined my life. He would not let me plea out for felonies insisting we try for misdeameanors. We Never lost. Forever grateful for his decisions. A true sign he cares. Thanks Dan!

I have known Dan for many years now. Several years ago he got me out of what I thought was a very big jam. I was very grateful and turned my life around. Sadly things got to be more than I could handle and I slipped into a downward spiral that got me arrested for the second time in 3 months by February for the same charge. Now I WAS in the biggest jam I had ever faced looking at a 16 year prison term. Dan fought for me not to go to prison. Everything was pointing in that direction. In the end Dan convinced the judge that prison was not the place for me, to which the judge agreed, much to the objection of the District Attorney. Dan did for me what no public defender could have or would have done. I am writing this review today because I had someone who really DEFENDED me. Dan will forever be my hero and I will forever be his biggest fan.

THANKS TO DAN I AM A FREE MAN, WITHOUT THERE IS NO DOUBT I WOULD BE IN....NOT OUT!!!

A couple years ago I was involved in a terrible DUI where the arresting officers tried to add additional charges and make felonies stick. I hired Dan and he was able to take 3 charges down to one...with no felony. Looking for work would have not been any easy task with that on my record! After putting ones life back together after such problems is hard enough without the constant reminders coming in your mail box from the DMV and various police and insurance agencies. He even intercepted the mail and took care of those constant reminders as well! EVERYONE says they know of a good lawyer...but Dan is by far the best and in a leauge of his own. Without him on my case I have no doubt I would not be writing on a computer keyboard right now...I would be licking a stamp and writing in pencil. YOU WILL NOT FIND ANYONE BETTER OR MORE RELIABLE!

Dan went over and beyond with help on my daughter's case. Dan is as good as they get. Top notch in his field. We were so very happy with all aspects of his service... He is a true professional..
See all reviews

Mr. Melnick is an experienced advocate who has seen it all and knows everybody in town. His wise counsel, perfect legal instincts and friendly, approachable style not only make him an excellent attorney, but also a mentor for younger lawyers.

I endorse this lawyer. If you want to to know exactly what to do in any possible criminal prosecution, ask Dan. He's seen it, done it, and knows how to handle it. He's also a very nice, approachable guy who will go out of his way to help. If I were in a jam, I would call Dan.

Dan is a caring, experienced lawyer who's seen it all and is always ready to drop what he's doing to come to the aid of someone in trouble. I can't recommend him highly enough for anyone in trouble or seeking answers.