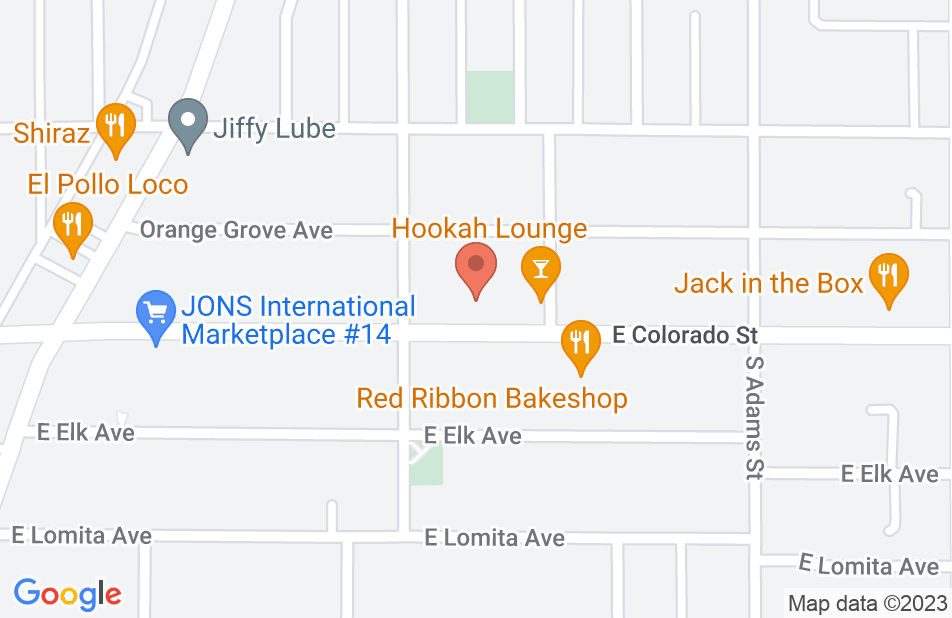 Couldn’t ask for anything more, he went above and beyond to help me get a deal I didn’t expect. Really cared and took time on my case. Would come back for any other legal issues and would recommend to people I know.
This review is from a person who hired this attorney.
Hired attorney

I was hit on the freeway while at a complete stop, the other driver hit me from the back going 65 mph. I was originally being represented by another attorney (Carlo on 500 N Central), but they wanted to accept 90/10% liability. (Which means im accepting 10% of the fault). Once I told a friend about my case he said I should go see Armen from Kaass to get some professional help, and a second opinion. Not only was Armen extremely knowledgeable, but also very organized, and professional. My first impression of Armen helped me breathe easy, knowing I was finally in good hands and that the accident was not my fault at all. He not only got me zero fault, but also went above and beyond on all my expectations. When I told my previous Lawyer I received bills from the hospital, he said call them and pay it ($5,000+). By the second day Armen was on my case he already contacted the hospital and got an extension on all the bills. Once my case was settled he called me two days later to assure me the hospital bills were payed in full. The thing I loved most about Armen was that he would answer every single call I made to him, unlike my previous attorney which would have me on hold for 10-15 min or worse not even answer or get back to me. Will go to him again, and have already recommended him to friends and family. They couldn't have been happier.
This review is from a person who hired this attorney.
Hired attorney

Am a entrepreneur, this is my forth venture. Was refered to this firm through a finacier friend of mine. Had a questions about a business start up I was getting into with a few of my coworkers concerning technology, accounting, and property. We are crwating a tool to make life a little more sinpler for passive income earners. It will be a mobile application. Besides law, Armen really has a broad base of knowledge stemming from technology, finance, marketing, to just good old fashioned common sense problem solving. He was very practical and objective in his approach and had a lot of tools in his toolbox. Firey bulb. Made our elephant of a problem to a simple creative solution. The firm was good enough to fit us in after hours for a consult with him. Although his fees aren't cheap as compared to some of the ads and whissels we found online in the past, He was worth the headaches saved and potential gained. Someone worth giving some space in your memory banks for refernece. I appreciated his business approach of figuring out a way to get the deal done rather than figuring out ways to kill it, which is what I got with some attorneys. Thanks Armen and yes we will.
This review is from a potential client who consulted with this attorney.
Consulted attorney

My previous attorneys wanted to drop my personal injury case because the case had hit a snag and they thought it was no longer winnable. Searching for a new lawyer, my aunt recommended I use her attorney at KAAS law firm. I'm glad to say the case was successfully closed with a settlement amount I could not have dreamed of. My thanks goes out to all the professionals at KAAS.

I reached out to Kaas Law Firm following a multi-car accident that I was involved in. It was a complicated case, and I was afraid that the insurance company might turn it against me. I am glad that I followed my friend's suggestion and reached out attorneys at the Kaass Law. Armen Kiramijyan was very helpful in explaining all of my rights and options. He gave me very realistic forecast as to what was going to happen next. I couldn't have been more pleased with my overall experience. I felt that I was dealing with experienced professional who did everything in his power to fight for me, and of course, win the case for me. Armen was available any time I needed, on top of that, his secretary was giving me constant updates regarding my case. I highly recommend people to use his services. Thank you Armen!

I recently had the pleasure of working with Mr. Kiramijyan on two occasions. He is extremely respectful and attentive to his clients’ needs, including prompt replies to phone calls and emails. He is trustworthy and displays the highest level of integrity. Armen assisted me on two occasions. First, he took care of my car accident case which can get pretty frustrating. His professional staff was always there to answer all my questions and when I needed to speak to Armen he was always there to guide me on the right direction. Second, Armen assisted me with several business transactions with care and attention. Armen is highly knowledgeable in the areas of his practice which makes it even easier for me to keep going back to him whenever I need any legal assistance. I will highly recommend Armen Kiramijyan’s legal services to anyone; whether it is business related or if you were involved in an auto accident. I have outmost respect for Armen and I admire his legal skills. If you ever have the pleasure of working with Armen, you will find that he is also very friendly and most importantly he has a strong sense of humor. You will love working with Armen Kiramijyan.

Armen has successfully represented me and my company in many legal matters. From accident cases to business disputes, Armen from KAASS LAW is my number one choice for quality legal representation in Los Angeles. I would highly recommend this law firm to anyone who is in need of legal assistance.

I will say this again, YES, I would recommend Armen Kiramijyan. Here is why

In my line of work, I come across situations that can be costly to my business. In those situations questions arise that need definite answers. What is right and what is wrong. I wanted answers fast so I made several appointments with different lawyers. I wasn't just going to settle with one. Some lawyers didn't want to pick up my case, Im guessing there wasn't much profit for them. Another lawyer made an effort to see me but kept delaying my calls, I should have seen it coming since his office was so scattered. When I called KAASS Law, the lady in the front office transferred my call to Mr. Kiramijyan, I explained my situation briefly over the phone. He told me he expected three things: Truth, Punctuality, and Respect. As long as we both understood what was expected he would help me out. Its been almost 2 years that he has been helping me out with all my business needs. I have really come to appreciate his real and candid attitude. He adds value by informing me about my business procedures that I need and haven't realized. He provides friendly yet professional advise that has truly proven to be successful. I am never surprised with additional charges. There has been several times where he didn't even charge me for his services. Highly recommend this fine gentleman as a friend and professional. If he really believes in you he may even give you his cell phone number, but after a while, was at least the case for me.

I reached out to Armen for legal advice after my dog had bitten a delivery man on my property. I was feeling extremely vulnerable and afraid of what legal consequences might arise from this incident. Luckily, Armen provided me with the proper knowledge and tools. Through his help I was able to avoid being sued, which saved me a lot of time and money!

I have used his services for a personal injury case, and more recently, for business related matters. Same great service and excellent advice. This only served to validate my initial prise for him and his staff!
See all reviews

I endorse this lawyer. He is a great choice if you are looking for honest and dedicated legal representation.

Armen is an aggressive, result-driven attorney. I highly recommend his services, especially on cases involving out-of-the-box thinking and strategizing.

I endorse Armen. He is a highly skilled attorney that is well respected in the legal community.

Mr. Kiramijyan is a strategic, intelligent, and accountable attorney. He guides his client's actions with care and the utmost efficiency. He is well recognized by his peers and the industry. His professionalism and knowledge is indispensable during complex litigation or negotiations. I fully recommend this attorney.

I endorse this lawyer. He is hard working, dedicated and diligent.

I was particularly impressed with a recent answer of Mr. Kiramijyan regarding electronic signatures. The answer was accurate, analytic and customized to the needs of the Avvo asker. These are exactly the qualities that every client would look for when hiring an attorney.

I endorse this lawyer. He is very diligent and committed to fighting for his clients and their rights.

I endorse this lawyer. With Armen's leadership, KAASS Law has quickly established itself as a competent, aggressive law firm providing a variety of services to clients from all walks of life. I highly recommend Armen and his crew at KAASS Law.

Mr. Kiramijyan is an extremely diligent and effective advocate for his clients. I fully endorse this lawyer for his skills and capabilities.

I know Armen through law school. He is a very diligent and trust-worthy member of the bar. He cares about his clients and will go the extra mile in making sure their interests are being served. I highly recommend Armen to handle your matter.

Armen is an outstanding attorney who will work hard for his clients.

I have known Armen since law school, and he has always been professional and hardworking. I fully endorse his services.