Holmes & Holmes is the premier family law specialty firm in the area, with 40+ years of experience.

Mr. Holmes has been a Certified Family Law Specialist since 1985 and a licenced attorney since 1975.  He is the founding partner and principal of a six lawyer family law speciality firm in Glendale, California.

Mr. Holmes has tried hundreds of family law cases in his 40 years of practice.  He has also served as a mediator and arbitrator in many family law matters, and has testified as an expert witness in family law related litigation. 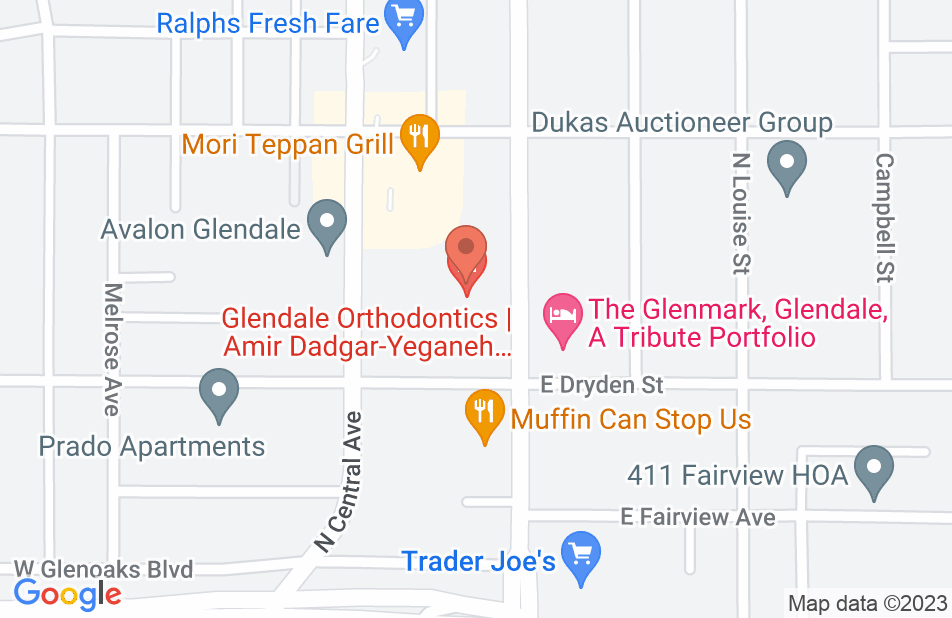 Bringing Mr. Holmes into my Pending Child Support Case Was the Best Thing I Ever Did

I was referred to Mr. Holmes when my former spouse decided to get nasty and bring in DCFS to the case. My then-current attorney was the one who actually told me I had to hire Mr. Holmes because he was considered "the best" in the greater Los Angeles area. I gladly signed up and paid the retainer. I realize that no attorney can control the litigation or guarantee an outcome, and I was not expecting a miracle. And frankly, the conduct of my ex is what drove most of the litigation and the expense. But in the end, Mr. Holmes helped me craft a solution that made sense for myself, my ex, and our children. I always found Mr. Holmes to be available, incredibly knowledgeable, so very well respected by the judge in the our case, and unlike most attorneys I know, he did not "churn" the file. In fact at times, I felt like he did not bill me enough. I would hire him again if the need arose though I sure hope I never end up in family court ever again.

Credibility is critical in the courtroom and Robert Holmes leads the way!

Divorce is an unpleasant reality for many and I was a party in a ridiculous and litigious divorce case. Don’t make the mistake I initially made settling for mediocre legal representation. I worked in the legal field for over 15 years and still made the wrong choice initially until I met Mr. Holmes. My ex is an attorney. I needed the best in the in the business. I will admit that there were times I didn't always agree with Mr. Holmes but I listened to him and trusted his advice. Now that the trial is over I’m so glad I did. It was evident at every hearing and certainly at trial how Mr. Holmes earned his excellent reputation as a respected litigator and trial attorney. If you are looking for an attorney that judges and other lawyers respect, call Robert Holmes. Although my case is not completely over, I would highly recommend him without hesitation.

After a lengthy battle with a deadbeat Robert Holmes was able to get the back spousal and child support I deserved. I recommend him in any high conflict situation. He does not sugarcoat words. He tells you the truth. If you are looking for a "warm and fuzzy" personality this is not the attorney for you. However, if you need an aggressive highly respected litigator you would be foolish not to hire him. He is worth every penny.
This review is from a person who hired this attorney.
Hired attorney

After mediation with another, less experienced attorney completely broke down, my process was in limbo for months...until one morning when I received a knock on my door was served with a package nearly 2" thick. I opened it up trying to make sense of what I believe was an intentionally messy package of documents, and then realized that I had a court hearing about 3 weeks away (OSC - Order to Show Cause) along with a host of intrusive and confusing documents. I was angry, worried, and unsure how to respond - I needed help. After calling several people in my network for a referral, I made an appointment to go meet with Robert Holmes. I retained him within a few days after our consultation, and it was the best move I could've made. Robert is not your friend - he's your lawyer. Direct, honest, accurate - zero drama. Email communications are brief, and to the point (in bold blue font). He is efficient, does not fee churn, and provided guidance as to how to save money on fees during the process. His legal fees were actually less than the opposition, did significantly more work, and I was much better prepared than my Ex...and my results were measurably better. I believe Robert did a very good job of not only setting the expectation, but meeting it. Robert is very ethical and did an excellent job of protecting my legal interests throughout the process. My case lasted over 3 years and went all the way to trial (me on the stand) before the judge rescheduled due to time constraints. Prior to the next trial date we negotiated the dissolution. When it was finalized, the numbers were literally within a few dollars per month of what he calculated at our initial consultation - I appreciated that kind of accuracy. I have a fair custody arrangement, I kept my home, two thirds of my 401k, and all of the assets that were important to me. I know for a fact that the money I paid for his legal representation was one of the best investments I could have ever made.
This review is from a person who hired this attorney.
Hired attorney

If you want an expert that handles everything and fights for you-Robert Holmes is your best option. He was recommended highly by several lawyers that I knew and I was not disappointed. He is the lawyer that other lawyers want representing them. He knows the law and also knows how to get results. I was very nervous about going to court with my ex. He put me at ease and provided excellent council. I am no longer afraid of court or intimidated by the legal process. He is a tough lawyer and he did not let me get pushed around by my ex-which I needed and appreciated. I am pleased with the outcome of my case. My daughter has a great schedule and my ex is finally paying child support. Things are amicable between us but there is no more grey area. Ultimately his work has helped to lay the groundwork for my daughter to have a productive life. I am extremely grateful for his experience, efforts, and assistance in my time of need. I would strongly recommend him to anyone that needed a good family court lawyer.
This review is from a person who hired this attorney.
Hired attorney

Mr. Holmes is a great attorney. I hired him during my divorce and he was fair and honest. He clearly understands the laws in the state of CA and outlines your rights as well as your ex-spouse. My case had to got to court and Mr. Holmes was outstanding getting my ex to admit lies and purposeful errors in her attempt to get more money from me. The judge seemed to respect Mr. Holmes' approach while never sustaining an objection from the other side. Now, I hired him to prepare a Pre Nuptial agreement and it is outstanding. Again, he outlines a fair agreement for both my fiancé and myself. We are very happy with his services. I would encourage anyone that has doubts about their attorney to have a consultation with Mr. Holmes and see if you don't come away fully impressed. I highly recommend this attorney and his firm.

I am very happy with my experience with Mr Holmes. I had a complicated case where the best interest of my child was questioned. Robert helped me through a very difficult time. I always felt he represented my case by focusing on what was most important.... My child.

Robert was always up front with me and fought for my interests. He was instrumental in my divorce and child custody proceeding. I would certainly recommend him to anyone with a family law issue.

I started working with Robert in May 2012 when I filed for legal separation from my spouse. Robert sat with me and clearly outlined my rights along with my children's father's rights. He's ethical and looks out for the best interest of the children involved along with the best interest of his client. I trust him completely. I recently took my ex-spouse to court, and I was impressed with Robert's knowledge and expertise. I will continue to use Robert for legal advice and other Family Law business that may arise in the future. I strongly recommend Robert Holmes.

I hired Mr. Holmes to handle my divorce nearly three years ago. My divorce was complicated and nasty. My ex and his new girlfriend tried to isolate me from my children, wanted money I didnt have and lied throughout the entire process. Mr. Holmes was so thorough, navigating every inlet with professionalism and support. Because I had never been through a divorce (nor do I want to ever again), I had a lot of questions about the process, possible outcomes, etc. Mr. Holmes was there to answer all my questions and to provide me with some piece of mind. I liked that I could call anytime during business hours and was able to talk with an actual person, instead of someone's voice mail. Mr. Holmes knew how to handle all the various complications that arose and his years of experience showed both in his knowledge of the law as well as in the courtroom. In the end, Mr. Holmes was able to get me the time I deserved with my kids and my ex had to pay the alimony and child support I was owed. I have since recommended Mr. Holmes to a neighbor and a co-worker who both had very positive experiences as well. If you are looking for a responsible, experienced and professional attorney, Mr. Holmes would be my first and only pick.
See all reviews

I have known Robert Holmes for over ten years and he is an excellent attorney.

Farzad Nezam, Divorce and separation Attorney on May 21, 2015
Relationship: Opposing Counsel on matter

Robert Holmes is a talented expert in Family Law. He is also very courteous to other attorneys and is a respected figure in the Los Angeles legal community.