David is a seasoned civil litigation attorney with over thirty years’ experience working at some of the best law firms in the country, as a trial attorney at the U.S. Department of Justice and most recently as Associate General Counsel at Freddie Mac and General Counsel of a property management company.  David’s experience working for the client and as the client gives him a unique perspective few attorneys have.

In private practice, David was first chair and tried to verdict dozens of jury and bench trials in California state and U.S. District courts.  David was also lead counsel in several matters before the California Court of Appeal and was first chair in dozens of arbitrations and mediations in multiple forums.   In his in-house positions, David supervised an extensive litigation docket, managed teams of attorneys and support staff and reported regularly to C-level executives and Boards of Directors.

David started his career at Skadden, Arps, Slate, Meagher & Flom, moving after several years to Donovan Leisure Newton & Irvine.  At these internationally recognized Am Law 100 firms, David honed his litigation skills under the tutelage of the finest litigation and trial attorneys in the country.  David then moved to a boutique real estate and litigation firm in Santa Monica, CA, before joining a former Gibson, Dunn & Crutcher partner at another boutique firm where David became a name partner.  At both these firms, David gained significant first chair jury trial experience in both state and federal courts, and it was at these firms that David gained significant real estate litigation exposure.   After almost two decades, David moved to Washington, D.C. where he became a trial attorney at the U.S. Department of Justice, before becoming an Associate General Counsel at Freddie Mac.  In this role, David managed an extensive litigation portfolio involving all manner of real estate litigation.  Most recently, David returned to the Los Angeles area with his family and took the General Counsel position at a private real estate holding and management company, which owns and manages more than 20,000 multifamily units in the southwest U.S.  There, David was in charge of managing a large litigation docket involving habitability, ADA, eminent domain and a host of other issues.

Having started his own firm, David is excited to put his extensive big firm and in-house experience to work representing individuals and businesses. 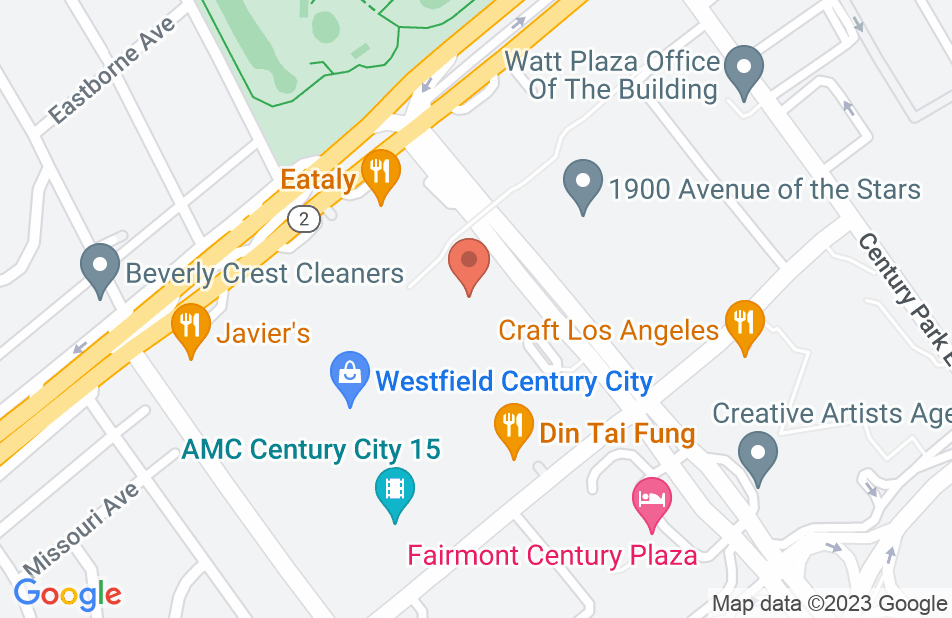 David Smith is a patient, compassionate, super-smart, well-prepared litigator who chooses his cases carefully to make sure he is able to give each client his full attention. Details do not slip past him. He is thorough, well-researched and follows down case history to insure the best outcome for his clients. He explains situations clearly and thoroughly, so you are not left in the dark or afraid of legalese. Unlike many attorneys, he is very calm and down to earth, so you feel completely at ease with your position in a case. On a personal level, he is very kind and comforting. We are lucky to have found him.
This review is from a person who hired this attorney.
Hired attorney

I cannot thank Campbell Smith Law enough for all their hard work and time they spent on my complicated and overwhelming case. Whenever I had a question or concern they never hesitated to fillme in and there was never a delay in hearing back from them. If you have ever been involved in a lawsuit you will understand that it is a very stressful time. David was very professional and an expert in his field. Thanks to him I received fair compensationfrom my lawsuit. If you are looking into getting some professional representation, look no further than Campbell Smith Law.
This review is from a person who hired this attorney.
Hired attorney

Attorney David Smith provided us with excellent service and professionalism! He was always available, provided regular status updates and was very personable, honest and uplifting. Our case had a positive outcome! Thank you David for making a stressful situation manageable! We would highly recommend David Smith's services.
This review is from a person who hired this attorney.
Hired attorney

Attorney David C. Smith is a consummate professional and knows the minutia of Real Estate law. Before meeting and hiring David, I met a couple attorneys and did not receive the insight and information David provided. I needed David’s expertise in a timely matter. David's skills are superlative. His work is meticulous. As a client, I experienced David to be straightforward, methodical, honorable, diligent, personable, leaving no stone unturned. The combination of brilliance and humility in L.A., are rare, but this is my experience as David’s client. He is highly respected in his field. His experience representing landlords & tenants delivers the ultimate defense. David is the Ace in the Real Estate law deck of cards.
This review is from a person who hired this attorney.
Hired attorney

Our Super Lawyer David Smith, he has Companion, Commitment, and Conviction

It is with great pleasure that I write this review for David Campbell Smith. Over the years I have had to retain about two dozen lawyers for business matters to non-profit organization matters. When I hired David, I soon found a diamond in the rough. He has the 3 C's in my professional opinion that makes him a great lawyer and that you should have on your side. He has Companion, Commitment, and Conviction. He single handily took on our case with little notice and little help from us through an ongoing strain relationship and ordeal that we had with our landlord. We were commercial tenants that were being retaliating against by our landlord and their management company. In short, we were bogged down with a timeless lawsuit and litigation that was over our head as well as other lawyers from high profile firms in the city that we contacted. A friend of mine from the big firm Skadden & Arps strongly recommended David to me, as well as some from Public Counsel. So, we decided to retain him. With David’s strong background in Litigation & Landlord Tenant Law, he was the perfect choice for us. He was extremely intelligent and very personable. For he was able to maneuver the court and the opposing counsel to get this matter resolved expeditiously and still keep us in our office while keeping our cost down. Without David’s professional help we would have lost and would had to leave our office for no fault of our own. David is a brilliant and very savvy litigator who really knows Landlord Tenant law like the back of his hand. He not only handled our case with utmost professionalism but he did it in a way that was result oriented and that was so clear that we understood every move and his approach every step of the way. He gave our organization 120% to which he has given life to and labored tirelessly for. David’s enduring passion, mission, and raison d’être was overseeing legal’s efforts to keep us in our grant writing office, which is the heart of our non-profit organization. If we had lost both our efforts in improving the ability of hundreds of Latino children from low-income, socially disadvantaged families in East Los Angeles to do something seemingly simple… and yet so crucial to their future success: read, write, would be jeopardize. David’s effort put us in a winning situation! Now, I consider him a close friend, business associate, and, perhaps most importantly, a colleague in the ongoing struggle to level the playing field for all Americans, especially those who face serious hardships in their effort to fulfill all of the potential given to them by God. His dedication to the Law and the undeserved communities especially for children of Los Angeles is absolute. I’ll conclude by stating the obvious: David’s dedication to serving as a people’s lawyer is marvelous and inspiring, as his unstinting and wavered efforts to help people with the law to all Americans of all walks of life. I recognize that only a fraction of you will hire lawyers for your cause and cases, David Campbell Smith is one tremendous lawyer who is a worthy lawyer that should be awarded your case and cause, if you should ever need one. I hope I have struck a cord with you and that I have been able to provide you with some insight about the kind of person and lawyer David Smith is! I would highly offer him to you and recommend him as a candidate of merit for your lawyer. Sincerely, Jesus Jimenez Executive Director Latino Children's Fund (LCF)
This review is from a person who hired this attorney.
Hired attorney

David has represented us in several matters for our company. He is an excellent, responsive and creative attorney.
This review is from a person who hired this attorney.
Hired attorney

After several months of trying unsuccessfully on my own to recover medical costs resulting from a minor car accident I finally decided to seek help. David Smith is extremely knowledgeable and within days of contacting him, a settlement was reached with the insurance co. David responded quickly to all my concerns and was compassionate and professional. I would highly recommend David.
This review is from a potential client who consulted with this attorney.
Consulted attorney

I endorse this lawyer. David is a world class litigator and trial attorney. As a chief legal officer and general counsel I have retained David twice for federal trials in Southern California. The first trial over 15 years ago and it was a “bet the company” matter. Because of David’s expertise in the courtroom we prevailed and the results were beyond our expectations. Years later when faced with another matter in Southern California I again retained David as trail counsel. Lightning struck twice. He delivered and we prevailed. David provides the highest-quality cost-effective legal services.

I have known Dave for 25 years. We’ve litigated cases together and brainstormed others, so I know how he works and how he thinks. Dave is smart, practical and aggressive. You want him on your team - not against you!

David is an experienced lawyer who uses sound judgment to solve problems pragmatically. He is a pleasure to work with.

Dave is a trustworthy attorney with extensive experience with private and government client litigation. His legal abilities and personal ethics are unquestionably strong.

David Smith is a superb trial attorney with deep experience trying case and resolving them on the eve of trial through his intense preparation. He has advised me on numerous sensitive matters, and I would not hesitate to put an urgent, complex and high stakes matter in his hands. An excellent communicator who keeps a calm, professional demeanor and strategic focus while others are losing theirs. I recommend without hesitation.

David is an exceptional attorney with a wealth of experience handling complex litigation.

I endorse this lawyer. David is a tremendous trial lawyer with excellent experience in real estate litigation. As a transactional attorney, I valued David's pre-litigation strategy and ability to take the reins once the matter went to court. David is dedicated, prepared and well spoken. Both clients and I were impressed with his strong counsel and greatly satisfied with his results.

I endorse this lawyer wholeheartedly! Very accomplished lawyer and terrific person - a tremendous attorney to have represent you!