Aaron T. Blase is a Certified Family Law Specialist with the State Bar of Arizona, has been practicing law for over 27 years, and has earned a reputation for providing diligent, honest and dedicated legal services to those living in Scottsdale, Phoenix, and surrounding Maricopa County. He dedicates his practice solely to the area of family law. Divorce and legal separation, legal decision-making and parenting issues, complex asset division, spousal maintenance, and paternity are a few of the areas he covers in his practice. Mr. Blase has been recognized by his peers for his outstanding work and commitment to the spirit of the legal profession. That respect has resulted in his receiving an "AV Preeminent" peer review rating through Martindale-Hubbell, being selected as a Southwest SuperLawyer, and receiving a 10.0 "Superb" review rating through AVVO. His knowledge of the law, professional work ethic, and caring attitude for his clients allows him to stand out among other attorneys in the field. Mr. Blase is an active member of the Family Law section of the State Bar of Arizona, the Maricopa County Bar Association, the Scottsdale Bar Association, and the Association of Family and Conciliation Courts.

His career before his time as a family lawyer is equally impressive. He served as Senior Assistant County Counselor for the Sedgwick County, Kansas Counselor's Office where he provided legal advice and representation to elected and appointed officials, prosecuting and defending the County's interests before State and Federal Courts and prosecuting violations of all County resolutions in the County Court.

Aaron Blase may be studious and conscientious, but he's also a bit of a jock. When he isn't working on cases and spending time with his family, he loves to participate in sports. He was on the All-City soccer team in high school, was a 4-year letterman on the varsity soccer team in college (including All-Conference recognition), and he volunteers as a youth soccer coach. He also loves pickleball, racquetball, skiing and hiking - especially in Colorado, where he loves to go during the summer.

You won't find anyone better prepared for court hearings, and one of the special skills he brings to the table as a family lawyer is exceptional writing ability.  Aaron won two Top Paper awards while in law school -- the best in his class.

Aaron grew up in Kansas and graduated from Friends University in Wichita, where he was a 4-year President's Scholar.  He received his degree in Business Administration and History.  Aaron earned his J.D. degree from Washburn University School of Law in Topeka.  He then went on to get his LL.M. in Tax Law from the University of Denver School of Law.  Aaron is admitted to practice in three states -- Arizona, Colorado, and Kansas. 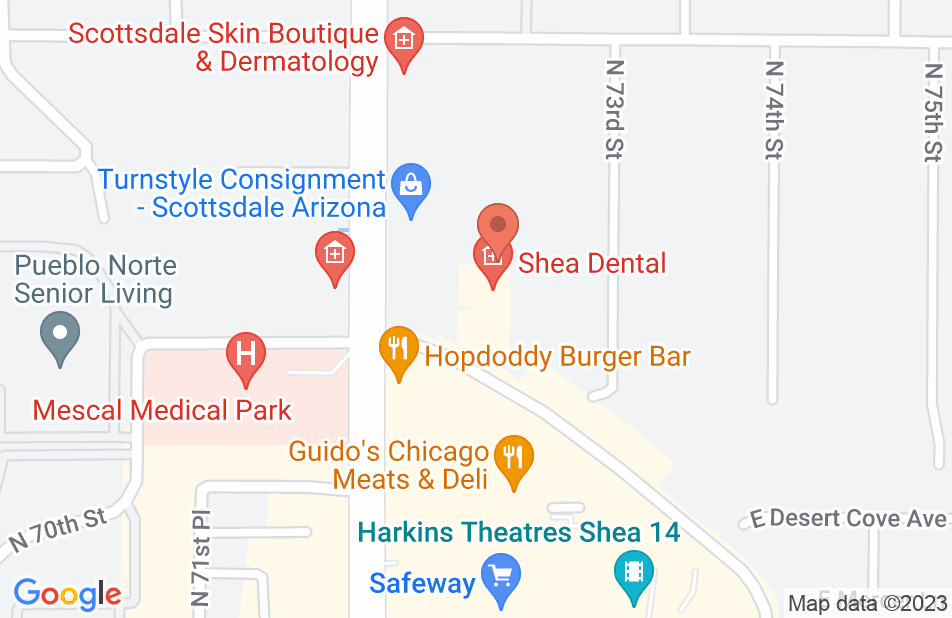 We Wouldn't Have Made It Without Aaron

I had a tough case, Aaron told me that from our first meeting. He told me It was going to be an uphill battle and there was a chance that we wouldn't win. It's like that in most relocation cases but even more so when you are relocating out of the country. Aaron and his team gave us superior legal advice and kept us informed and prepared every step of the way. Aaron did a fabulous job during our hearing, and despite this being THE toughest case our Judge had ever had since he had been on the bench (those were the Judge's exact words) the Judge ruled in our favor. I am certain that the reason why we won was because Aaron knew which parts of the law to underline in our case, and those points Aaron made in court ended up being the deciding factors in the Judes decision. I can't imagine going through this without Aaron, and I would recommend him to anyone who is looking for a knowlegable, responsive, and caring attorney.

Divorce especially with children is never easy but Aaron listened to my concerns and helped me attain the best outcome possible. There were many times that I was competely stressed out with my husband's lawyers tactics and Aaron would listen to my concerns, calm me down and handle my case professionally. I highly recommend him to anyone needing a family law lawyer.

In a time of complete chaos and stress, Aaron helped me navigate through one of the most difficult times of my life. Never having been involved in a legal matter, I was very afraid. Aaron was referred to me by a friend and I am so happy that I chose him to represent me in my custody battle. Aaron always kept me informed with every matter in my case and was quick to respond when I had questions. Aaron was a blessing to find as well as his paralegal, Laura, who was always so supportive during such a hard time. I never wanted my situation to come to be what it was, but I couldn't be happier with the outcome thus far. I have felt very protected by my attorney as he always has his clients best interest above all. Aaron really cares about his clients and works hard to get the best outcomes possible. I will definitely be using Aaron again if any issues are to arise in the future.

Light at the end of the tunnel!

Aaron walked through the whole process with me. He explained who, what, when, how and even the maybe situations with me. Often he was available for me to talk to throughout the day. Aaron made sure I was properly prepared for each appointment. He never made me feel that my questions were insignificant. Aaron is personable, professional and it appears that law comes naturally to him. He is aggressive when needed. I highly recommend Aaron!

Aaron was professional, extremely knowledgeable about military law, and focused on my issues which made me feel confident in his abilities. He worked hard and was dedicated to helping me win my case. The results were fantastic. I would highly recommend Aaron and the law firm for any legal needs. Personal attention was given to me by all staff and I always felt as though they were concerned for my well-being.

Divorce not so pretty

Aaron and his staff guided me through a divorce made hostile by the opposing party. Through out the whole process Aaron and his team were timely and responsive to all my needs. The outcome was reasonable and consistent with his predictions.

Whenever I needed to ask a question it was answered. I was sent emails regarding everything which is great for me being on active duty in the military.

Exhibited little to no empathy to me as a client. Just didn’t seem to have the drive to fight for me, or my child. Missed correspondences, deadlines and responses due to opposing counsel ahead of important pre-trial dates, and put me in a very difficult position, an extreme disadvantage going in to trial. Eventually parted ways but after spending tens of thousands of dollars.
This review is from a person who hired this attorney.
Hired attorney

Aaron is not only a smart and dedicated lawyer, but a good person as well who will assist his clients in settling matters in people's best interests. He was always kind and respectful even when we disagreed on substance or procedure. I observed Aaron representing his client and presenting his client in the best light possible. I also knew that Aaron KNEW the law inside out. I would recommend Aaron to anyone needing a family lawyer.

Aaron is an intelligent, knowledgeable, and experienced family law attorney. He is resolution-oriented but possesses great skill in the courtroom if the need for litigation arises. I highly recommend Aaron!

Aaron is an incredible trial lawyer. His courtroom skills are top notch. I'd recommend him to anyone.

I have known Aaron for several years and have referred clients to him on many occasions. He is both experienced and practical in resolving complex family law issues. I highly recommend Aaron for your family law matters.

Aaron is always reasonable, always cost-effective and one of the most conscientious lawyers with whom I've had the pleasure to work!

Aaron is a competent, solution-oriented attorney who is well respected in the legal community.

I have worked Aaron on a number of occasions and I endorse him based on his legal knowledge, his character and his dedication to his clients' interests.

Aaron Blase is an extremely talented attorney and fights hard for his clients. I personally refer clients to Aaron because he is man of integrity and places his clients interests above all others. I have personal knowledge of how Aaron cares and advocates for his clients. For these reasons, I both endorse and recommend Aaron Blase.

Aaron is an excellent attorney who will fight for his client's wishes.

I was opposing counsel against Aaron Blase and I found him to be an excellent attorney who is very knowledgeable in his practice area. He is an outstanding advocate for his clients and and his professional demeanor is an asset to those he represents.

Aaron was opposing counsel in one of my family law matters. He is excellent to work with and always communicates promptly to resolve issues.

Aaron is an outstanding family law attorney. I have consulted with him on a number of legal issues and he has always been a great help to my clients. I highly recommend him and the Law Offices of Scott David Stewart.

I endorse this attorney. Aaron is an outstanding and aggressive family law attorney. He provides each of his clients with the personalized attention needed to get the job done. If you are in need of family law assistance, Aaron is the attorney to call.

I endorse this lawyer. Aaron is extremely detail-oriented for his clients, yet is also very polite and professional in dealing with opposing counsel - a trait that often is ignored in family law cases.

I have known Mr. Blase for approximately three years. During this time I have become acquainted with his work habits (which are stellar), his attention to detail and his overall approach to the practice of law. Mr. Blase is a very disciplined and careful attorney whose philosophy is always designed to put his clients in the best position possible often times when they are involved in the most trying of circumstances. Judges respect and appreciate Mr. Blase's professional and gentlemanly approach, which why he is an effective trial lawyer. Clients should always remember who their audience is - JUDGES! I therefore strongly recommend Aaron Blase to those who seek divorce or who seek modifications of orders already existing.

Aaron is a compassionate and extremely knowledgeable family law attorney. The difference between Aaron and other family law attorneys is his preparation, knowledge of the law, and the customer service he provides his clients. Aaron represents clients with a command of the facts, the law and a drive to protect the children in a divorce and place his clients in the best possible position to succeed.