Jeff is a founding member of Barney McKenna & Olmstead. He was born in Las Vegas, Nevada. He obtained an Associates degree from Rick’s College where he graduated with high honors and was selected as a speaker at the graduation ceremonies. He received his undergraduate degree in Economics from the University of Nevada Las Vegas where he was honored as the American Bank of Commerce Outstanding Student in Economics and graduated with high honors. Jeff obtained his law degree from Brigham Young University where he was awarded a full three year scholarship, was named an Edwin M. Thomas scholar, and was a Comment and Casenote Editor for the B.Y.U. Law Review.

Jeff was an associate attorney with the St. George law firm of Snow, Nuffer, Engstrom, Drake, Wade and Smart from 1995 until 1999. His primary areas of practice are estate planning, estate administration, will contests, and asset protection. Jeff is one of the few attorneys in the region licensed to practice law in Utah, Nevada and Arizona. 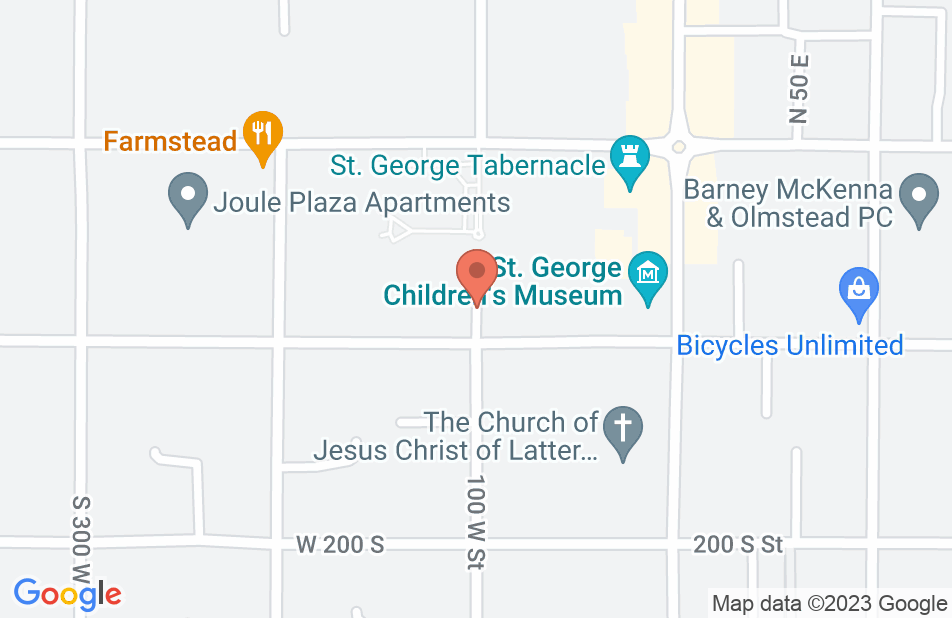 Jeff McKenna helped us organize our estate and secure our assets for our children. Jeff knows Utah law on estate planning. He helped us secure our assets in a way that should make the transfer of our estate to out children simple. Jeff is professional, kind and easy to work with. I recommend Jeff to all of my friends.

"I endorse this lawyer" would be an understatement. He engages well with clients, is potentially a regional expert in his field, and lives a life that is an example of his principles and beliefs. Jeff is an amazing attorney with an outstanding record of exceptional experience. It is a pleasure to know and associate with Jeff.

Stuart Steingraber, Bankruptcy and debt Attorney on Sep 25, 2013
Relationship: Worked together on matter

I endorse this lawyer. Jeff and his team were very effective in obtaining a favorable outcome in a substantial Probate case I referred to them several years ago. Jeff's skills as a negotiator paid off when the case was settled resulting in a large recovery for family members who had not been expecting anything when their relatives died and a "caregiver" attempted to intercept the entire estate.