Wes Larsen joined the James, Vernon & Weeks team in early 2011. He attended graduate school and law school at Gonzaga University, where he worked for Gonzaga's general practice law clinic, completed an externship for Spokane County Superior Court, and served as an associate editor of the Gonzaga Law Review. Before law school, Wes graduated from the University of Utah with a Bachelor of Arts degree in English, Spanish minor. He also did extensive volunteer work in Mexico and is fluent in Spanish. He is actively involved in his local community and has served as vice president of a nonprofit board. He lives with his wife and children in Spokane, Washington. 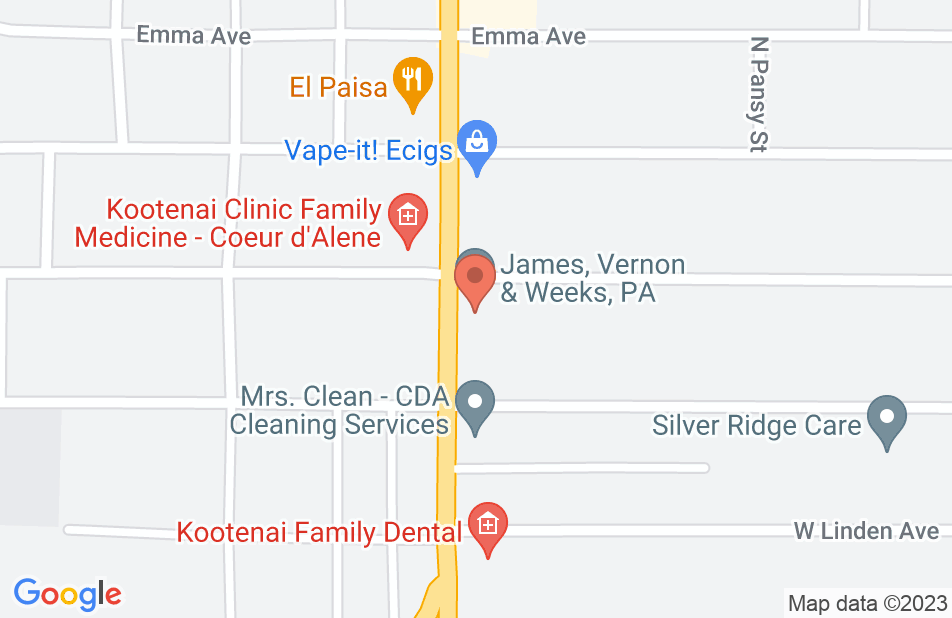 Not yet reviewed
Review Wes Larsen