Amy L. Brewer, Esq. is the sole shareholder of The Brewer Law Offices, P.C. with offices in Wheat Ridge and Breckenridge. Amy represents and advises claimants in a wide variety of worker’s compensation matters, as well as social security disability claims.  Amy graduated from Rutgers University School of Law- Camden in 1992 and made the journey west immediately upon graduation.  Amy worked in Colorado Springs for a law firm which specialized in the defense of worker’s compensation cases until the end of 1997.In January 1998 Amy opened her claimant-oriented worker’s compensation practice in Breckenridge. Since that time Amy has worked exclusively in the areas of Worker’s Compensation and Social Security Disability. In 2016 Amy opened her Wheat Ridge office in addition to the Breckenridge location. Amy is also a member of the Worker’s Compensation Law Section of the CBA, as well as the WCEA.  Amy volunteers time for Meals on Wheels, as well as volunteering for various activities at her son’s school.

Amy enjoys cycling and hiking, as well as any opportunity to be outdoors. She is also a dog lover and currently owns two German Shepherds and two miniature Dachshunds. 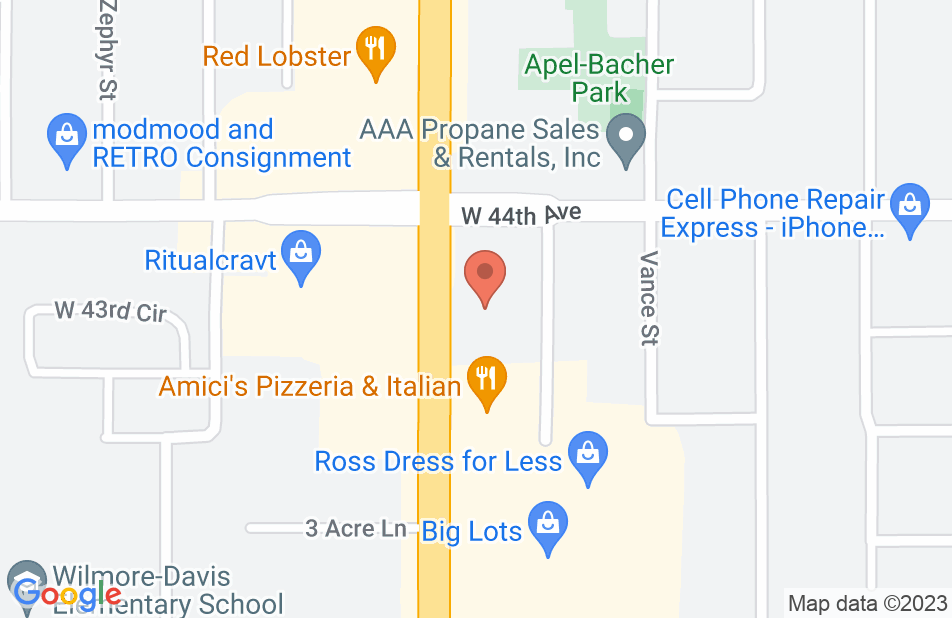 Hello, I hired Amy Brewer at the last minute to help me with a workman’s comp case, and it took her only four months to settle my case, she is a wonderful person at heart as well as a great lawyer, I put all my trust into her, and she came through, thank you once again Amy! Victor P Terrell
This review is from a person who hired this attorney.
Hired attorney

I will make this a simple and short as possible because my careers always demanded extensiv detail. After being injured pretty seriously on the job in which should have been a trip to the ER! I was sent home right away while still in shock before the extent of my injuries fully surfaced. So I end up at Workmans Compensation for treatment. As a former volunteer firefighter/ medic I have extensive experience in trauma and body mechanics. I was absolutely stunned that the two main phychians would avoid addressing , label as pre-exsisting and even accuse me of making up new injuries! When I called one of them out on it he lost it and kicked me out of the facility and abruptly ended my treatment! Time to find a good Attorney! Instead I got lucky and found a very nice, intelligent and compassionate lady who brought those assets with her when she became an Attorney! I had done my research and even though it was just Amy and her outstanding Paralegal assistant Ann my gut feeling led me to her! With the stress and still untreated injuries my frustration has been replaced with hope and confidence that my case will reveal the truth! All I wanted was to have my injuries taken care of so I could return to the job I very much enjoyed! My advice would be to see Amy at Brewer Law Offices first. You won't be disappointed!
This review is from a person who hired this attorney.
Hired attorney

Amy never overstated or made promises that she couldn’t deliver on. Both Amy, and her assistant Ann, were always, without exception, prompt, courteous and professional in all our interactions. I was extremely satisfied with my case and the final outcome.
This review is from a person who hired this attorney.
Hired attorney

Amy Brewer has backbone. I got hurt on the job and my employer did not have workman’s compensation insurance. They didn’t offer to help and I knew that wasn’t right. I talked to four other lawyers who just didn’t care. Then I called Amy Brewer. Not only did she settle my case fast, the award Amy won exceeded my expectations. Amy’s was easy to talk with and her professional approach gave me confidence that I was getting the best representation on my behalf.
This review is from a person who hired this attorney.
Hired attorney

I was very apprehensive about the process of getting compensated for my work related injury. Amy’s years of experience and the way she clearly explained the law and the process, reduced my anxiety and helped me establish realistic expectations.
This review is from a potential client who consulted with this attorney.
Consulted attorney

I hired Amy to help me with a work injury. Her office was not only prompt in setting an initial consultation with Amy, but they were able to work around my schedule. Amy is so personable yet professional. I always felt like she was thinking 2 steps ahead and preparing me for what I could expect. Dealing with a work injury is a long process and she was there with me every step of the way.
This review is from a person who hired this attorney.
Hired attorney

I have worked with and against Amy for over 21 years in the area of Colorado Workers' Compensation law. Amy is a highly skilled and experienced lawyer. She is a passionate advocate for injured workers. She is tenacious, intelligent, and has the highest level of integrity. Amy has my highest endorsement and I strongly recommend her as an attorney for any injured worker.