Enrique Chavez Jr. has been practicing law for over a decade, representing the rights of victims across Texas. He strongly believes in protecting the safety of the community, which is why he works tirelessly to defend the rights of the injured. Attorney Chavez has won millions for his clients, handling cases involving motor vehicle accidents to medical malpractice. He is currently a member of the State Bar of Texas, the West Texas Employment Lawyer’s Association, Texas Trial Lawyers Association, the American Bar Association, the American Association for Justice, and many others. Attorney Chavez began his education at Yale University, then continued on to get his Juris Doctor at the University of Texas School of Law. Call him at Chavez Law Firm to find out what he can do for you. 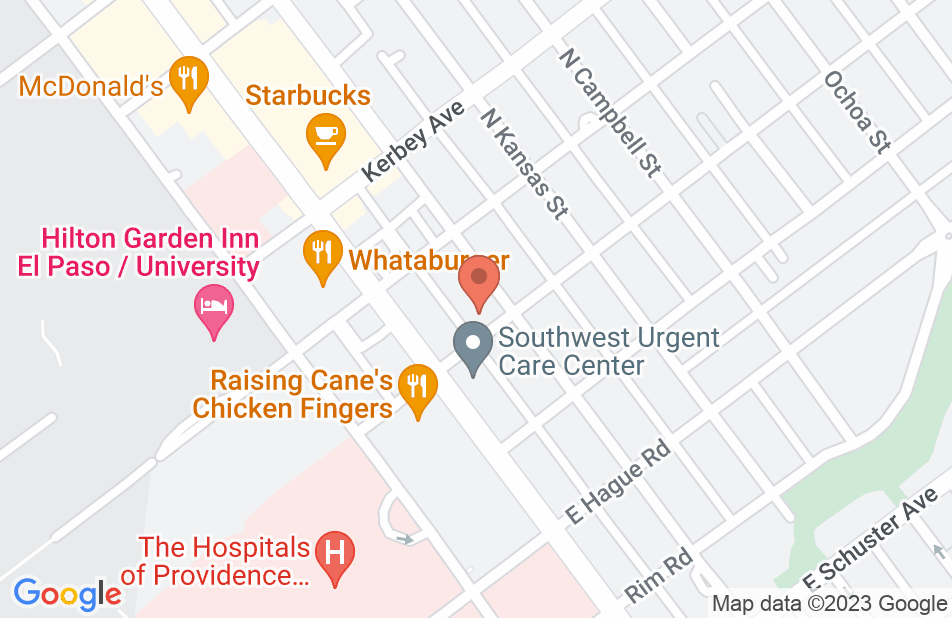 This is the man and his team who get the Job done, best results period. Very highly recommended I personally wouldn't choose any one else.
This review is from a person who hired this attorney.
Hired attorney

Long story short, I moved to El Paso from Odessa for work. I do this frequently considering my line of work. Anyway, I had been in Odessa since late July when I got the word I was moving to El Paso in late October. I had been renting a house in Odessa and stayed there without incident from July till Octboer. I moved to EL Paso and stayed at a hotel for two days prior to moving into an apartment in El Paso. A few days into my stay at this new apartment, I discovered this apartment had bed bugs. The management of this apartment complex insisted that there were no bed bugs in the apartment prior to my moving in. My body was covered in bite marks from my ankles to the middle of my neck. The management of this complex said I would have to leave in order for them to get a pest control unit in there to take care of the problem. The apartment complex said they would not pay for my temporary hotel stay which i thought was unfair. Anyway, after the apartment had been 'cleaned' by the pest control, i returned and was still being bitten every night. Again, for a second time, I had to wash and remove all of my personal belongings to do another pest control session. Again, I had to pay for another few days at a hotel for this pest control session. The management at this complex just kept saying the same thing; "Oh, we are so sorry for this", "Im sure things will be fine soon", all the while still maintaining they were not going to pay for my hotel stays. Their management was a joke. Every time I called or went into the office, they were constantly giving me the same BS lines. The manager never seemed to be in the office and anyone I ever talked to had no idea what was going on. I had had enough. I called Enrique Chavez Jr. Law Firm. I had a consultation and told them my story and they agreed to take my case. They reviewed my lease and instantly found inaccuracies. Lawyers at the firm drafted a letter and delivered it to Independence Place Apts and in less than two weeks, I had a settlement. The only thing about this situation that was quick and painless was dealing with the Chavez Law Firm. From the start, they were fantastic with keeping me updated on any developments pertaining to my case. I called many times, with many questions/concerns and they always took my calls and answered my emails promptly and with answers for my questions. I was just amazed that all it took was one letter from the Law Firm to achieve what I couldn't achieve myself in weeks of trying. I can't thank them enough for helping me when I felt like i had nowhere to turn. They were thorough, professional, and most importantly, got results. I would definitely recommend the Chavez Law Firm to anyone I knew in need of legal advice or representation. A special 'shout-out' to Heather for ALWAYS making herself available when i needed her to answer my questions and keeping me abreast of all developments.
This review is from a person who hired this attorney.
Hired attorney