Kate Lincoln-Goldfinch practices immigration law because she works with wonderful clients who are experiencing significant and emotional life changes.  Kate enjoys celebrating with her clients when they achieve their immigration goals, such as obtaining citizenship or the right to live and work in the US, and she also has great compassion for how hard and stressful it can be to face losing immigration status or being separated from loved ones.

Kate Lincoln-Goldfinch is a native of Austin, Texas, who found law after working in the technology sector.  Kate yearned for meaning in her work and chose law school hoping to find a way to incorporate service in her career.  While at the University of Texas School of Law, she joined the Immigration Clinic.  Her first assignment as a student attorney was to conduct an intake with a family of Iraqi citizens who were being detained at the T. Don Hutto Detention Center in Taylor, Texas, as they sought asylum in the United States after suffering severe persecution in their home country.  Her clients were distraught to be in a prison with their infant daughter who had not been permitted to go outside in days.  At the conclusion of her meeting with the parents, the baby’s desperate mother asked Kate if she would sneak the baby out of the prison.  It was this moment when she decided on a career fighting for justice for immigrants.

Kate Lincoln-goldfinch was the recipient of an Equal Justice Works Fellowship, sponsored by Akin Gump Strauss Hauer & Feld in 2008. She completed her fellowship at American Gateways (formerly the Political Asylum Project of Austin), a non-profit organization devoted to securing justice for low-income immigrants in the Central Texas area.  Kate Lincoln-Goldfinch fellowship project served the detainees at the T. Don Hutto Detention Center during which she provided representation and rights presentations to the immigrant women and families detained there.  She also served as the pro bono coordinator for American Gateways.

In 2010, Kate Lincoln-Goldfinch received the Contribution to Minority Community Award from the Travis County Women Lawyers’ Association.  Since the unfortunate resurgence of family detention in 2014, Kate has been active in providing and recruiting pro bono representation for the detained women and children at the Karnes Detention Center and she serves on the Advisory Committee for the Karnes Pro Bono Project. She has been engaged as a speaker at various forums in the field of immigration law. She is a fluent Spanish speaker. Her most important accomplishment of all is her family: her precious daughter Nora and her husband Josh. 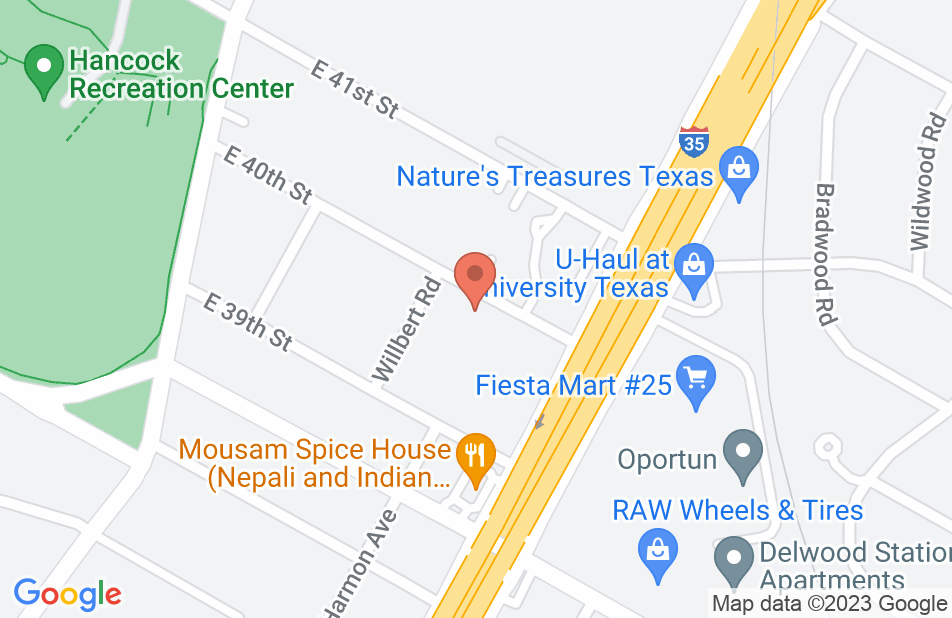 They helped me get my Green Card many years ago. So when l decided to go for Citizenship I was very pleased to hear that they were still in the same location in Austin. It gave me much confidence to have them by my side through this process . I would recommend them to everybody.
This review is from a person who hired this attorney.
Hired attorney

She helped us apply for permanent resident status, which we did successfully. She continued helping us for years after the case was completed. Very kind and helpful.
This review is from a person who hired this attorney.
Hired attorney

Kate was attentive and communicative. She initially met with us and addressed and assuaged our big concerns. Her team ably filed all of the crucial paperwork and ensured no errors took place. In essence, she took away the stress of a potentially stressful immigration process. My wife is Venezuelan, and obstacles were possible. Very skilled and experienced team. Don't hesitate to hire them.
This review is from a person who hired this attorney.
Hired attorney

Kate and her team helped me prepared a comprehensive petition package for my case. The work quality of the team was impressive; everything was filled accurately and filed carefully. During my case processing period, Kate and her team were able to respond to my questions in a knowledgeable way as well as provide advise to relieve my worrisome and anxiety.
This review is from a person who hired this attorney.
Hired attorney

Kate is one of the most dedicated and knowledgable immigration attorneys in Austin. She works tirelessly to assist her clients, promote the rights of immigrants, and she has been on the forefront to reunite separated families and protect the rights of asylum seekers.
This review is from a potential client who consulted with this attorney.
Consulted attorney

Top rated immigration lawyer with excellent interpersonal skills. Caring & compassionate yet fiercely committed to going the extra mile for her clients. A mother of two, she understands family issues inside and out. She's there for you every step of the way. Recommend highly without reservation.
This review is from a potential client who consulted with this attorney.
Consulted attorney

Expert in this area. Full trust and confidence.

Kate is an expert in this area. I trust no one more with my immigration law questions. In this day and age, you need someone you can trust and who has the compassion to help those in need.
This review is from a potential client who consulted with this attorney.
Consulted attorney

Lincoln-Goldfinch Law is the best! I highly recommend their services. Kate Lincoln-Goldfinch is honest, kind and one of the best immigration lawyers in town. I appreciate how their team goes beyond and above with their clients. Kate and her amazing staff also volunteered at multiple citizenship drives and know your rights presentations at schools in AustinISD. Our immigrant community is lucky to have a professional and top notch lawyer.
This review is from a potential client who consulted with this attorney.
Consulted attorney

Lincoln Goldfinch Law firm is a very good immigration firm, We were just new in Austin, My wife and I decided to give them a try,The very first day we stepped our foot in their office,there was no going back because their Services was really Outstanding.Till today we never had any regret whatsoever,Infact Kate and their team did a great job.We will recommend them to anyone for your immigration need,Just give them a try Thanks
This review is from a person who hired this attorney.
Hired attorney

Best immigration law team in town. I contacted them for my naturalization process representation and was provided best, courteous, prompt and friendly service. Everyone working here is dedicated to helping immigrants in need of representation. I felt completely taken care of and all my dates and notices were provided to me in a timely manner. I would highly recommend this firm to anyone looking for legal representation. Friendliest office team and always looking out for you.
This review is from a person who hired this attorney.
Hired attorney
See all reviews

I endorse this lawyer based on her in-depth knowledge of immigration law and passionate advocacy for her clients.

I have known Kate for years, from working on a Board together, and taking intensive work training together. She is a great advocate for her clients and sets the bar high for effective representation. I have referred my own clients to her and will do so again.

I strongly endorse this lawyer. Strong reviews from the simple reason that she's great at what she does.