Have you been involved in a trucking accident? Clay Dugas will fight to get what you deserve!

Mr. Dugas is Board Certified in Personal Injury Trial Law. The Martindale-Hubbell Law Directory awarded Mr. Dugas an AV rating, which means very high to preeminent legal ability and very high ethical standards. Quoting from Martindale-Hubbell, The AV Peer Review Rating shows that a lawyer has reached the height of professional excellence and is recognized for the highest levels of skill and integrity. He is a member of the Million Dollar Advocates Forum, the Multi-Million Dollar Advocates Forum, Texas Trial Lawyers Associate, and the American Association for Justice. He was recognized as a Texas Super Lawyer in 2008, 2009, 2010, 2011, 2012 and 2013. Clay was chosen by his peers and clients in the 2014, 20th edition of Best Lawyers in America.

To date, Mr. Dugas has tried approximately 150 jury trials to verdict. He has obtained over 35 verdicts and settlements in excess of $1 Million Dollars. 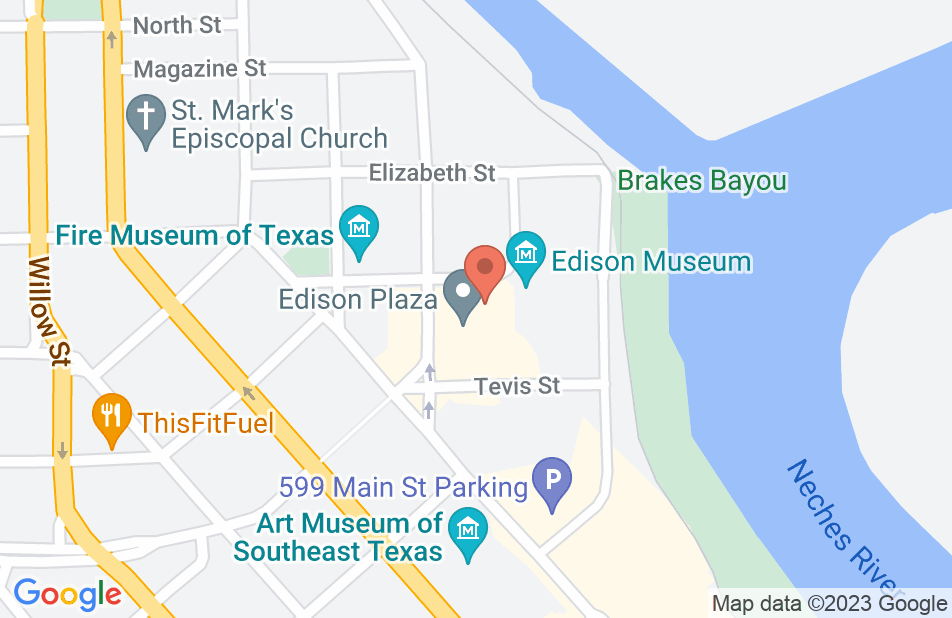 Clay did an outstanding job in every aspect of my case. I fired another attorney for poor reprensentation... no communication. When I hired Clay that was no longer a problem! I was very satisfied with him as well as his staff. They were wonderful! Very efficient as well as genuinely caring. When Clay talked.. people listened.. I love that! He is very well respected in the legal community and that is really important. I was very pleased with my total recovery. I highly recommend Clay Dugas! I would hire him again and again! He and his wife and staff was a joy to work with.
This review is from a person who hired this attorney.
Hired attorney

I was involved in a very bad accident in August of 2014 after a city worker ran a red light in the intersection I was going through. My husband and I were left with little options and absolutely no help, my vehicle was beyond totaled and we felt so lost. No one seemed to care and even getting a simple answer out of anyone was like pulling teeth. We were referred to Clay's office by a friend of my husband who had used Clay in the past and had success. From the very beginning Clay and his staff were professional, prompt, caring, sympathetic and resourceful. It took a while to finalize my case; however, through it all Clay and his staff remained exactly the same. I was extremely satisfied with my outcome and Clay went above and beyond to make sure I came out with a fair deal. I would highly recommend Clay and his staff to anyone looking for a lawyer to be on their side.
This review is from a person who hired this attorney.
Hired attorney

Clay was my attorney after I was injured in an automobile accident (rear ended by a bucket truck while stopped at a red light). He and his staff were extremely professional and took very good care of me from start to finish. I can’t say enough good things about the job he and his staff did! If there were more than 5 stars available, I would give him many many more!!! If you need an attorney after a serious accident don’t hesitate to call Clay!
This review is from a person who hired this attorney.
Hired attorney

Clay was the best recommendation anyone could have given me. He is knowledgeable and thorough in matters of trucking accidents. Clay and his staff provids a friendly, family oriented atmosphere everytime you enter his office. Clay has this contagious passion for law and works hard. He made our case one to remember and he represented us as if we were his family. He showed a level of concern that gies far beyond being a lawyer that you employed. It was a pleasure and honor to have Clay represent us and I would hire him again.
This review is from a person who hired this attorney.
Hired attorney

Five stars are not enough, ten stars would not be enough to rate Clay Dugas and his staff. I would very much like to give him a star of approval for every day of the year. Mr. Dugas and his entire staff family made me feel so comfortable during such a difficult time in my life. Mr. Dugas’ knowledge and guidance was very reassuring, and he did not give up on me, when I was distraught and depressed. Mr. Dugas was there to encourage me with great advice and he genuinely cared about my case and what I was going through. To him, it is not just work, but a calling to seek justice and make right, a wrong. He and his staff are very professional and I wish them continued success. Anyone I know who needs help, I am sending them to The Clay Dugas Law Firm. Mere words cannot express my gratitude. Thanks again.
This review is from a person who hired this attorney.
Hired attorney

Let me start by saying that aside from Clay being an unbelievably amazing attorney , he is a great person and I dare say friend . From the time he accepted my case through it all i have felt that Clay and his staff have had my well being foremost in their minds . i have been through a very trying time through it all but they have been there for my family and I like family themselves . clay is a larger than life figure in person until you get to know him . he is caring and thoughtful in ways that are surprising and unexpected . he has done more for us than just representing me through my case . Clay and everyone on his staff are excellent at their jobs and compassionate beyond just their professionalism which is in itself above and beyond that of their peers. Thank you Clay and everyone , i really appreciate all you have done for my family and I .
This review is from a person who hired this attorney.
Hired attorney

The ONLY Lawyer I would ever want!

I was involved in a life threatening, very serious accident with a commercial driver. Having known Clay personally and knowing his prestigious reputation of excellence in his profession, I knew I had nothing to be concerned with having Clay totally take over my situation. Clay and his staff are very prompt, and professional at all times. He listens to the smallest detail and never leaves a stone unturned that needs to be addressed or investigated. Trying to just recover medically, I put ALL faith and trust in Clay for all other decisions. I never worried about anything myself and He was very sensitive to all my concerns. I am very proud to say Clay Dugas represented me. Clay is very humble and caring and he is "THE ONLY LAWYER I WOULD EVER WANT!!!"
This review is from a person who hired this attorney.
Hired attorney

Only the best - working for you.

Clay and his staff absolutely amazed us. They did a great job on a hard case. We received a very nice settlement. Clay is our lawyer of choice because he sincerely cares and bends over backwards to do anything he can for his clients.
This review is from a person who hired this attorney.
Hired attorney

Marcos contacted Mr. Dugas after I was in a bad car accident while I was taken to the hospital by air rescue. Mr. Dugas came to the hospital to open my case and talk about what happened in the moment of the accident. After I was released from the hospital I had to go to several doctors and then would let the paralegal April know so they could be in contact and get updates from them. In the moment I needed help or had any concerns they were there for me instantly. I thought it would take a long time for the case to get settled but they were able to I felt like, get it taken care of quickly. I would recommend them if anyone were to get in an accident like I was in.
This review is from a person who hired this attorney.
Hired attorney

We hired Clay Dugas to represent us with a case involving a death at a refinery and in my opinion there is not a finer lawyer around. He and his firm went out of their way to meet our every need, exceeding our expectations. I was extremely impressed with how aggressively he pursued our case and the level of detail put forth. He took the time to explain everything and was always available when we had questions. His staff was professional, courteous and treated us with a personal touch. He resolved our case quickly and we are super pleased with the outcome. I highly recommend Clay Dugas if you are in need of an attorney.
This review is from a person who hired this attorney.
Hired attorney
See all reviews

I endorse Clay. He is a highly skilled attorney that is well respected in the legal community.

Clay is one of the best Plaintiff's trucking accident attorney's in the country. His knowledge of the trucking industry and the hundreds of regulations that must be followed by the trucking companies and their drivers is impeccable. He is tenacious in his representation of his clients, and will fight to see to it that his clients are well compensated for their losses. I have worked with Clay on several cases over the past 18 years that i have been an attorney, and he regularly impresses me with his demeanor, knowledge of the law, and his compassion for his clients.

I have known Clay and worked with him on numerous wrongful death, personal injury and product liability cases in the past, going back twenty plus years. Clay is very intelligent, focused and relentless, and has secured millions in recoveries for his clients. His work ethic is above and beyond the call of duty. I recommend him without reservation. R. Mike Borland Borland & Borland Midland, Texas