The most satisfying part of my job is fighting for people who are faced with toughest situation of their lives. I get to learn their story and present it from a perspective that the law doesn’t usually see—the client’s. Whether defending someone from false accusations or simply from a system that too often favors harsh consequences, practicing trial law allows me to show a prosecutors, judges, and juries a different perspective: that my client is human being who deserves the full protection of the law, not just a name and number.

After graduating from Baylor University, I was offered a full-tuition scholarship to study at Baylor Law School. At Baylor Law, I focused my studies on criminal law, completing the school’s Criminal Law concentration and holding internships with the McLennan County District Attorney’s Office and the Federal District Court for the Western District of Texas. I graduated from Baylor Law in the top-third of my class in May 2013.

In October 2014, I married my college sweetheart and fellow attorney, Amanda. Together we have renovated a historic Waco home near downtown where we live with our dog, Winston, and cats, Franklin and Eleanor. 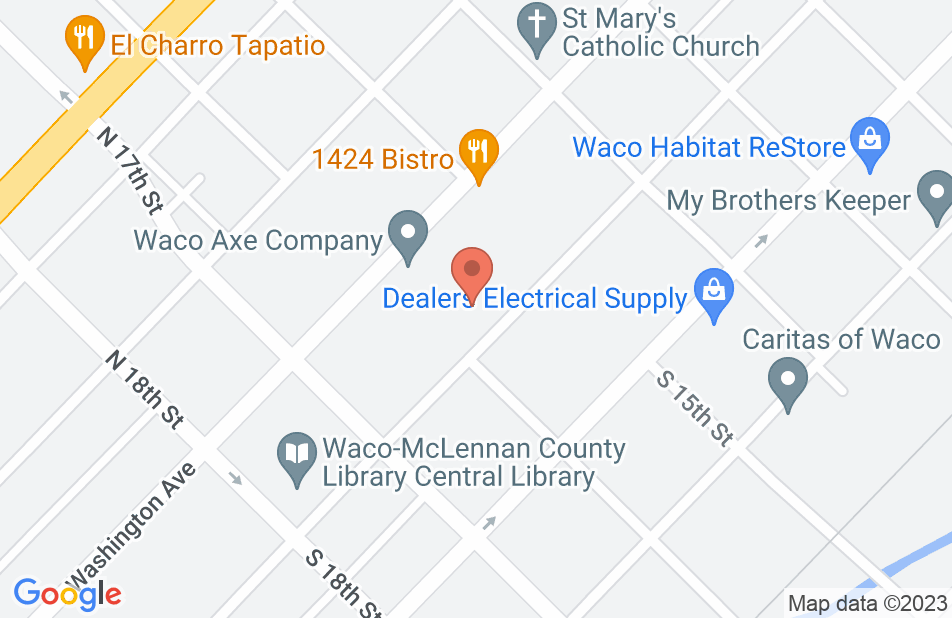 Jason was our attorney fir over three years as we dealt with a complicated custody case for children placed in our care due to CPS related issues. The firm employees -Jason and paralegals- were very responsive, flexible, and provided such practical guidance throughout our journey. We are very appreciative of all of their efforts and I would highly recommend them!
This review is from a person who hired this attorney.
Hired attorney

We had a great experience with Jason Milam and Laura. Any questions I had, Laura was great with communicating with me in a very timely turn around. I would definitely recommend them for your family court needs! Despite the pandemic and having to do things a little differently, everything was handled professionally and in a timely manner. They took well care of our needs and made sure everything worked out as planned and we couldn't be more happier with the outcome!
This review is from a person who hired this attorney.
Hired attorney

Mr. Milam, thank you guys so much for your representation of me throughout my divorce proceedings. You guys were patient, kind and thoughtful all the way. Jason and Jennings really took the time to handle my case. Ms. Jennings really fought hard for me the whole time. It seemed my ex and his attorney were constantly trying to pull something. But, Ms. Jennings was constantly facing up to their shenanigans and believe me there were some. I constantly brag to everyone about your firm and all the associates. Thank you again and many prayers in Jesus' name as you guys continually work for others.
This review is from a person who hired this attorney.
Hired attorney

Thank you so much for being my lawyer everything you and Laura Hebert has done was your it too me
This review is from a person who hired this attorney.
Hired attorney

I would recommend Milam & Fanning to everyone. Jason is so knowledgeable and informing. He made sure to put everything in terms so I was able to understand and made sure I was getting the best help possible. Not to mention the other office staff is so genuinely nice. They are so helpful and make you feel welcomed as soon as you walk through the door. I would use Milam & Fanning again in a heartbeat.
This review is from a person who hired this attorney.
Hired attorney

Jason Milam is a great attorney & I would highly recommend him. He was friendly and very knowledgeable. He answered all my questions and put my mind at ease.
This review is from a person who hired this attorney.
Hired attorney

Highly recommend!!! He was very attentive, knowledgeable and detailed. Responds quickly and made our case feel like top priority! He made a very stressful situation comfortable and easy. Forever grateful!
This review is from a person who hired this attorney.
Hired attorney

Jason and his team took a very complicated child custody issue and made it manageable for all parties involved. He even threw in taking care of a divorce to make it all a seamless transaction as the child was going to me as an aunt instead of the parents.
This review is from a person who hired this attorney.
Hired attorney

Jason was patient, understanding and handled my divorce in a timely fashion. I would use again.
This review is from a person who hired this attorney.
Hired attorney

Jason Milam & Fanning is the best lawyer i have ever encountered. From his knowledge, experience and friendliness i have had a great experience in watching my case turn out great. I recommend him to anyone in search of great things with their case.
This review is from a person who hired this attorney.
Hired attorney
See all reviews

When you consult with Jason Milam, he'll tell you straight - no deception, no tricks. When you hire Jason Milam, he'll work meticulously and tirelessly to represent your best interests. I have entrusted Jason to assist my office with numerous criminal defense matters and I am consistently pleased.

Jason Milam is a fantastic young attorney. To have not only such a firm grasp of the law but also how to wield it to his client’s advantage in trial is a remarkable thing. Especially at the outset of a career. You would do well for yourself to hire Jason.

Jason is an intelligent and dedicated attorney. He gives each one of his clients the individual attention they deserve and fights for the best outcome in each case.”

Jason is a fine attorney and skilled in the area of criminal law. He is a with a great team and I trust them.

I fully endorse Jason Milam. He is a good and talented attorney and he’s part of one of the best firms in Waco. I have no plans to get in trouble in Waco, but if I ever do, you can be certain I will call Jason.

I endorse this lawyer. I have practiced law for 44 years and can say that Jason is one one the most effective criminal defense lawyers I have ever observed . He is consistently enthusiactic,well-prepared., both in fact and in the applicable law, and takes control in the in the courtroom.

Jason is a brilliant young lawyer and the Waco community is lucky to have him in the defense and family bar.

Jason is already a fantastic attorney. He is one of the smartest and most intuitive people I have ever met...and from day 1 he has had a natural feel for how to leverage those traits into real, positive results for his clients. You don't have to take my word for it. When it comes to endorsing Jason, I put my money where my mouth is. I had already built a successful law practice before Jason finished law school. Usually, I would offer such a young lawyer a "job." Not Jason. He's more than your typical lawyer. You'll see exactly what I mean when you talk to him for the first time. So I offered Jason a "partnership." And the moment he accepted, my practice became better. To say I'm excited about pairing my talents with Jason's to fight like hell for our clients for the rest of my career would be a gross understatement. I trusted Jason with my practice and it was one of the best decisions of my life. You would be smart to trust him with your case.