Philip “Brad” Altman has been practicing law since 1996. He has devoted his entire career to  representing clients who have undergone serious injuries and death caused by the actions of other persons or corporations. Through tenacious preparation, commitment to his clients, commitment to the details, and zealous advocacy in the courtroom, Brad has recovered millions of dollars for his clients through settlements and verdicts. In addition, Brad proudly represents several county governments and their residents in federal court for the Opioid epidemic against the manufacturers and distributors who have been fraudulently marketing their opioid drugs, causing tremendous damage and death. Brad’s experience in federal court is sought out by many attorneys in Texas by bringing him in as co-counsel.

He is licensed to practice law in all State Courts in Texas and Oklahoma, as well as in the U.S. Federal Courts of the Northern and Western Districts of Texas. For many years Brad has been named a "Super Lawyer- Rising Star" by Texas Monthly.

In 2014, Brad was invited to become a Fellow of the Texas Bar Foundation. Election to the Fellows is one of the highest honors that can be bestowed upon a member of the State Bar of Texas. Nomination is based on outstanding contributions to the legal profession as well as a commitment to the community. Each year, only 1/3 of 1% of Texas Attorneys are invited to become Fellows of the Texas Bar Foundation.

A graduate of Baylor University, Brad is an avid Bears fan. Following graduation, he completed law school in Houston at South Texas College of Law before coming to Altman Legal Group in 1996.

Brad and his wife, SueAnn, have two children, Brooke and John William. He is a native of Wichita Falls, and graduated from Wichita Falls High School. He is an active member of First Baptist Church. While at Baylor, he was a member of the Baylor University Men's Tennis team, Sigma Chi Fraternity and numerous other organizations. Brad enjoys time with his family and continues his athletics through his road bike (former USCF racing, CAT.4), playing tennis, mountain biking and running. He also enjoys scuba diving, snow/water skiing and many other sports. Brad is also an active private pilot and holds an instrument rating.

Brad is admitted to practice in the following courts:

All State Courts in Texas

All State Courts in Oklahoma

U.S. District Court in the Northern and Western Districts of Texas

U.S. District Court in the Western Districts of Oklahoma 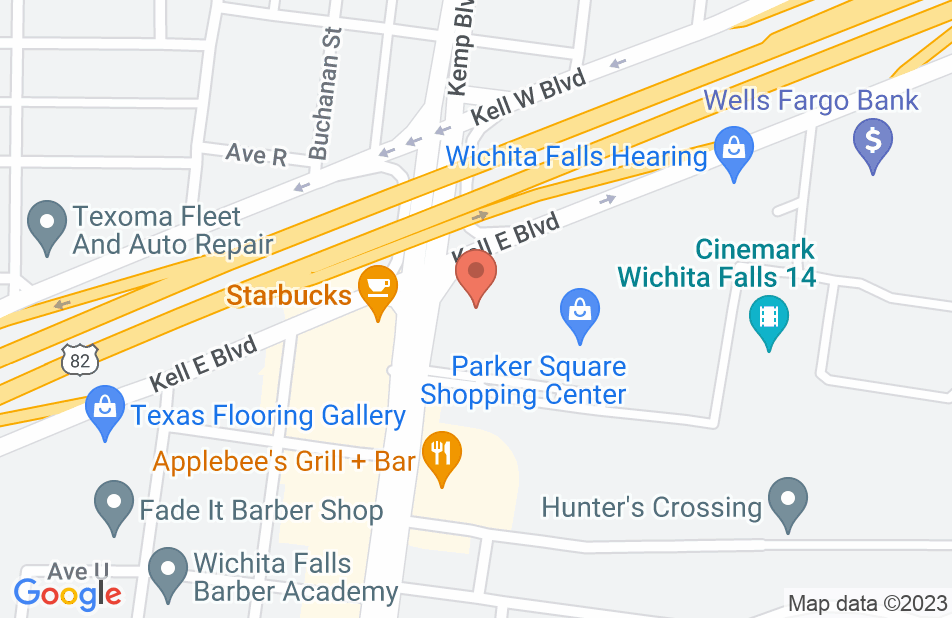 Brad was very understanding and meet all of our needs. He went over expectations . Know matter what we need he also should complete understanding. Everything went very something through the whole process

My case was a perfect storm of "It ain't gonna happen and you're out of luck!" Through his perseverance, knowledge and negotiation skills he turned it around and everything fell into place. I don't think any other lawyer in the area could have done as well as Brad did.

Mr. Brad Altman and his staff are very compassionate and truly care about their clients. Every phone call was timely returned by either him or his very kind and knowledgeable staff. Mr. Altman represented us in a dog-bite case in which we were very pleased with the outcome. We are grateful for all the hard work in our case!
This review is from a person who hired this attorney.
Hired attorney

He worked in conjunction with Bill Altman and their EXCELLENT, WONDERFUL Assistant Beverly. They all kept me informed of what was taking place and always kept me up-to-date and they made sure that I was properly compensated for my injuries and made sure all of the doctors, and any other entities involved in my recovery were properly compensated as well. I would recommend this fine team of Lawyers to handle any case that you may need to take care of your needs.
This review is from a person who hired this attorney.
Hired attorney

In 2012 I was the victim of a drunk driver. I suffered serious bodily injury and endured a protracted recovery. My wife and I chose Brad Altman and the Altman Legal group to protect our rights and fight for justice on our behalf. They took all the worry and concern for this part of our situation off our shoulders. It enabled us to focus on recovery and adjustment to our changed lives. They kept us informed every step of the way and brought our interests to a conclusion that we never believed possible. I would highly recommend Brad Altman and the Altman Legal group!
This review is from a person who hired this attorney.
Hired attorney

Brad and his team handled our daughter's personal injury case with the upmost care and respect. From the very first meeting all of our concerns were listened to and our questions answered. They gave us honest advice and kept us informed on all the happenings with our case. When the time came he got us results that far exceeded our expectations. We could not have asked for a better attorney to represent us. Highly recommend
This review is from a person who hired this attorney.
Hired attorney

While riding my bicycle, I was struck from behind and flew an estimated 50 feet and landed on my head. My injuries included 2 broken vertebrae, broken ribs, a separated pubic synthesis and severely torn adductor muscles that connect the legs to the pubic synthesis. I also had severe abrasions from the bottom of my feet to the top of my forehead. The driver left the scene of the accident but later came back according to police reports. After calling 911 to inform them of the accident I called my wife who was with my 2 children. I was not sure how badly I was hurt but I do believe that the pain that I felt was the closest I will ever to get to knowing the pain of childbirth. I had very little insurance coverage and the individual that ran me over was insured at the legal minimum. I asked Brad Altman to assume responsibility for my legal matters and it was one of the best decisions I have ever made. A month after the accident I was healing well enough to be able to ride a stationary bicycle. Less than 2 months later I was riding my bicycle again on the road albeit very timidly. I attribute the rapid healing in part, due to the peace of mind I had knowing that I could focus on my recovery and my family’s recovery and let Brad represent my legal interests. In other words, I followed Brad’s instructions to “let me worry about things for you” and every single bill or letter of correspondence was scanned and emailed to Brad while I concentrated on healing. Brad also had me document my progress so that I would have an opportunity to process my feelings and at the same time focus on the small improvements that need to be focused on in order to heal quickly and completely. What struck me early in our relationship was the advice that he gave me when I wondered whether my rapid healing might compromise the settlement negotiations to which Brad said very clearly “I never tell people to do or not do something so that more money can be made; focus on getting better and getting your family better.” Another thing which stands out for me is that from the very beginning Brad and myself knew that any settlement was not going to involve a lot of money because of the poor coverage. However, you would have never known how little was going to be awarded by the way that Brad and his support staff treated my wife and myself. Brad was extremely attentive and his support staff especially Deborah, made us feel as if our situation was every bit as important as any of the other cases they were working on. Let me end by saying that I attended law school but chose not to pursue law as a profession because of how adversarial and non-healing I felt the profession to be. Brad and his staff challenge that perception insofar as being remarkably compassionate and caring and in no way does this make them any less of an advocate for those they represent; it does however give rise to a sense of resolution and healing for which I am profoundly grateful for and I have no doubts that had I not hired Brad, my family and myself would not have the peace that we have. My daughter just yesterday asked me about the man who hit me on my bicycle and Brad and his staff know better than anyone, that healing takes time. Myself and my family are indebted to Brad and his staff and better prepared to move forward after this unfortunate accident.

Brad Altman is one of the nicest MEN/ LAWYER, I have ever met. I know only 2 other lawyers I would trust. He out ranks them. He gave me good answers (not the ones I wonted) but gave good advice. I wasted an hour of his time and he sent me a "thank you" letter.

Brad and his firm were better than peanut butter. They treated me and my husband with respect and dignity. We intitially contacted another attorney and all he wanted was to know how much money he could get. Altman Legal Group cared about us. Highly recommend Altman Legal Group!
See all reviews

Brad Altman is an excellent attorney, who has extensive experience in representing personal injury clients throughout Texas and Oklahoma. He is highly respected by his peers and by the courts in which he practices. More importantly, Brad Altman is a man of integrity, who has genuine compassion for the people he represents.

When my cousin asked who she should go to for a wrongful death lawsuit, I referred her to Brad Altman. I believe that when you are placing your life, your future and your financial security into the hands of an attorney, you want to be sure that your lawyer is someone that you would trust with your own family. Brad's professionalism, experience and advocacy in the courtroom is second to none.

I endorse Philip. He is a highly skilled attorney that is well respected in the legal community.

Brad is an excellent attorney that has tremendous success handling personal injury cases in North Texas and Southern Oklahoma. I have worked with Brad on several cases and he brings an energy and passion that is hard to find in many lawyers. Brad cares about his clients and will always do everything he can to obtain the best result possible.

I endorse this lawyer because I feel like he is a rising star in the courtroom, in mediation, and otherwise. Brad has impressed me with his ambition, legal skills, and people skills. I have worked with Brad on both sides of the docket and find him very professional in all aspects.

I endorse this lawyer. Outstanding lawyer.

I endorse this lawyer. Brad is a man of integrity and a great trial lawyer.