Patricia L. Stanley was born in Fort Worth, Texas and raised in Burleson and Joshua, Texas. Mrs. Stanley attended school in Joshua, Texas - Kindergarten through 12th grade. She then went on to earn a Bachelor’s Degree at the University of Texas at Austin, becoming an avid Longhorn fan along the way. After earning a degree from the University of Texas two years after graduating from high school, Mrs. Stanley attended Texas Tech University School of Law earning her doctor of jurisprudence and achieving the honor of cum laude. Mrs. Stanley is a compassionate and honest attorney, earning her the respect of her clients and peers. Mrs. Stanley believes that clients should remain highly involved in their cases and that communication is a pillar of the attorney-client relationship. She considers it an honor to work within her home community. Mrs. Stanley is married, with three children and four dogs. 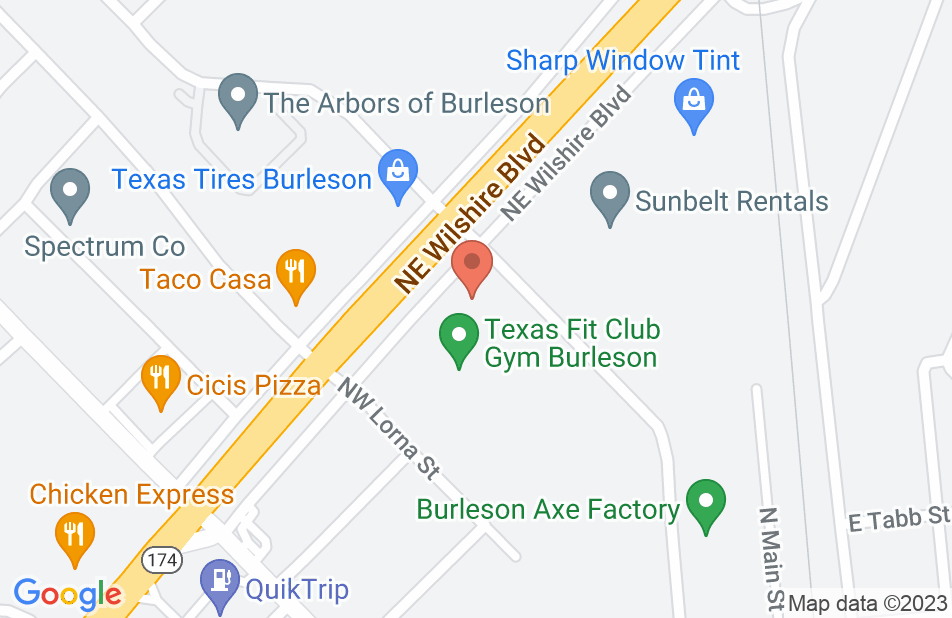 Ms. Stanley was able to quickly and efficiently help us with a family matter across state lines. The kids were starting school in a matter of days and she was able to get an order signed by a local judge in a timely manner so the kids could begin school. Ms. Stanley showed empathy during this period and stayed in communication with us throughout the entire process. I would highly recommend her.
This review is from a person who hired this attorney.
Hired attorney

Consulted with Patricia on some family issues and received some very knowledgeable information. I highly recommend her. She was very caring and helpful.
This review is from a potential client who consulted with this attorney.
Consulted attorney

Mrs. Stanley made my divorce process extremely smooth during a move. She got the job done quick and professionally all while being 4,000 miles away. If you're looking for a great attorney this office is the one.
This review is from a person who hired this attorney.
Hired attorney

Best Attorney to work with!!!

Mrs. Stanley is by far the best attorney to work with and I am thankful to have found her. She made the divorce process, which is normally not an easy one, very easy to get through and was always very willing to help when I needed it! I highly recommend her and her practice as everyone there is very helpful, considerate, and highly trained!
This review is from a person who hired this attorney.
Hired attorney

Patricia is one of the best attorneys. She competently handled my divorce, which made it a little less painful. She always responded right away, answered any of my questions, and walked me through the entire process. I would highly recommend Patricia!
This review is from a person who hired this attorney.
Hired attorney

If you pick Patricia Stanley be prepared to be working with an attorney that is fast and proactive. She works hard for you like your family is her family. You are informed every step of the way. I used her for modification purposes. She's honest and straight up which I believe is a rare and highly sought after trait. Your money will surly not be wasted and you will find a stressful situation a little less stressful. I would use her again and again.
This review is from a person who hired this attorney.
Hired attorney

I highly recommend Patricia. I was referred to her during a difficult time, and she proved to be knowledgeable, and very helpful. She is quick to respond to any questions, she reviewed my case thoroughly, and provided me with several options for resolution. She is honest, and is one of the best lawyers I've met with to this date.
This review is from a potential client who consulted with this attorney.
Consulted attorney

I used Patricia Stanley as my divorce attorney in 2014. She was kind, professional, and extremely helpful during my difficult time. She is incredibly knowledgeable and made sure I understood what to expect in my divorce process and what my rights were under the law. I lived 60 miles away and she kept me informed and made sure paperwork was filed and sent to me promptly. Her fees were reasonable and I would definitely use her again.

Patricia Stanley was very professional. She explained what was going on at all times. I never had to wander what would happen next. I will certainly use her services again ,if the need arises.

I highly recommend Patricia Stanley for your legal needs.

Patricia genuinely listened to all the information pertaining to my case, was a pleasure to work with and went over and above the call of duty. I highly recommend Patricia Stanley for your legal needs.
See all reviews

I endorse this lawyer. She is a hard working innovative attorney that will fight for your rights!

I endorse Patricia and highly recommend her. She is very well respected in the legal community and fights for her clients.

I endorse Patricia. She is well respected by her peers and extremely knowledgeable in the area of family law. I highly recommend her.

I endorse this lawyer. Highly active and well-respected in the legal community. She is a strong advocate for her clients. Patricia understands both the legal/ court system and the difficulties families face when dealing with Family Law issues.

I endorse this lawyer. Well respected in her community and possesses great knowledge of family law.

I endorse this lawyer. Patricia is an exceptional attorney whose dedication to her clients is second to none. I would highly recommend.

I endorse this lawyer. She is active in the legal community. She is dedicated to her clients and is helpful to other attorneys--a definite asset to the profession.

I endorse this lawyer. She is well respected in the community. She is well-versed in family law matters.

I endorse this lawyer. Patricia Stanley is knowledgeable and experienced. She can help guide you well through a difficult process.

I've seen Patricia's contributions to Texas Family Lawyers which means she helps other attorneys and strives for improvement I endorse this lawyer.

I am familiar with Patricia's legal expertise through shared family law experiences. Her knowledge and ability is above reproach, and I highly recommend her.

Working with this lawyer was, and is, a privilege. She maintains the highest level of courtesy and professionalism. Despite being on opposite sides of a very contentious family matter, she was polite yet zealous. A true pleasure to work with.