Chris's experience with county, state and federal governments taught him to navigate the tangled webs of government bureaucracy and inefficiency on behalf of his clients.

As an attorney, Chris served as a Senior Trial Attorney with the Office of Chief Counsel for the I.R.S., where he practiced federal employment law and practiced as an MSPB attorney.

He was selected to serve as a student law-clerk to Chief Justice Thomas R. Phillips of the Texas Supreme Court in 2002, and also served as a law clerk with the Harris County Attorney's Office in Houston from 2000-2001.

He has been awarded the United States Army Commendation Medal, graduated Airborne School, attended Ranger school, and prior to leaving active duty, was invited to attend Special Forces qualification training.

Mr. Attig is a member of: 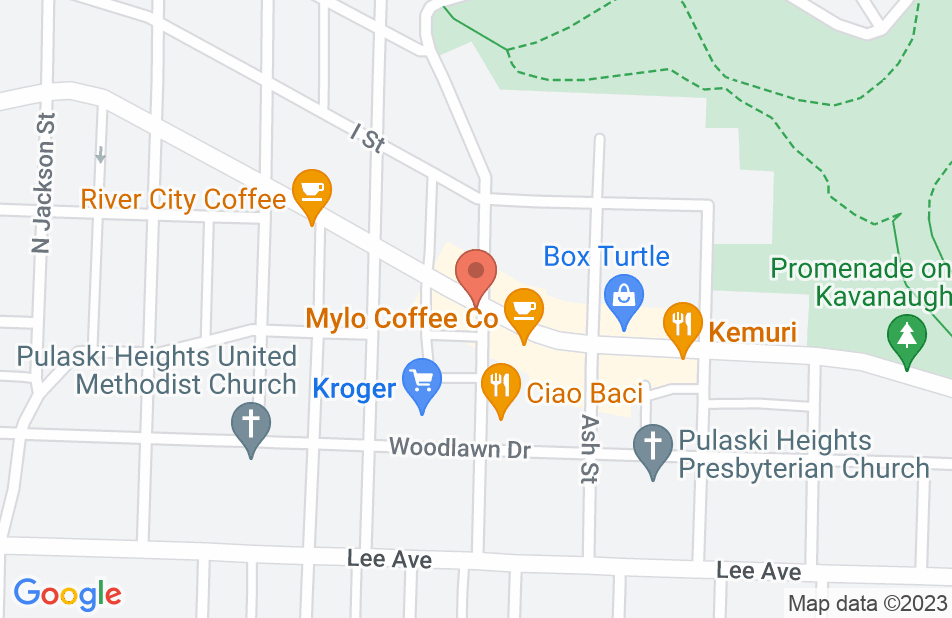 I fought the VA system for 10 years. When Ron filed for his benefits he didn't doubt the VA, he had no idea the ride I was in for after his death. He lived long enough to receive two expedited denials. Before he died during his last rounds of chemo, he would ask me if we could afford an ice cream cone from McDonalds. This man whom i loved with all my heart knew i counted change for his ice cream. As all who watch their loved one give up their fight. This was my hell. I continued what he had started. Fighting the VA. In desperation I called Chris Attic law firm. I've had lawyers who actually laughed and said lots of luck with your case. No one can win with the VA. Chris and Jennifer were my angels, they weren't on my Shoulder, they took my hand and led the way. They won our case. To Chris, this is a personal journey,..he wants justice to be fair... Thank you so much,,,,all at Attig Steel. Jennifer i love your heart...... He wants
This review is from a person who hired this attorney.
Hired attorney

Chris took my VA claim in April 2019 I got my c- file August 2019, had my claim awarded in my favor December 2019. This atty did more in 8 months than any VSO did in the last 7 years. I have been trying to get my claim approved since 1983. I recommend Chris Attig Atty at law to all Veterans that are tired of waiting.
This review is from a person who hired this attorney.
Hired attorney

Like many people before me, as soon as I found out I would need legal representation for my case with the VA, I dreaded the idea of dealing with a lawyer. I had never had a satisfying interaction with a lawyer in my life until I spoke with Chris. Over the course of a year he represented me with class and dignity. Neither he or Jennifer Steel ever made feel like a case or a number. They were always friendly and attentive. I always got my questions answered in a timely manner. I can’t say enough great things about them and the work that they do. We did end up with the result that we wanted, but, even if we hadn’t, I would still recommend them.
This review is from a person who hired this attorney.
Hired attorney

Mr. Attig is a true professinal at what he does. He is straight forward with you. You can count on he to get the job done. He is trustworthy,responsive,and knowedgable at what he does. He thinks of you and his case before hisself. Trust me you can not go wrong in having Mr. Attig represent you.

TRUST him! He is the one you want!

He fights his all for you! We called Chris and sent him information about our case. He called us back and asked us some questions and then took our case. TRUST him ! He knows what to do. YES, he won the case for us. He is easy to talk to and has a desire to win for the client. He is resourceful, knowledgeable about the law, and when it comes time for court he is the most prepared. He does not miss deadlines. He is amazing! I am still pursuing additional legal avenues with him on related matters to my case. JK

Chris Attig represented me in a federal employment matter that was bordering a mixed case. After the first assessment with Chris I was confident in his abilities to represent me is such a matter. He was honest and provided me after his review with several courses of action. He continued to keep me informed at each phase and the status of the MSPB case. He made sure that I understood the process and procedures and gave me ideas of expectation. His dedication surpassed by expectations. Needless to say we won the case. I would recommend him to others without hesitation.

Chris is an honest and dedicated attorney. He represented me in a Federal employment issue and was able to save my job. He is upfront, tells it like it is and let's you decide whether to go forward or not. I tend to worry a lot about what to expect, what will be happening, what questions will be asked, etc. and found myself sometimes a bit frustrated when I felt my numerous questions were not being answered. However, the day before my hearing, I met with Chris, who patiently explained EVERYTHING to me from start to finish, answered every question I had, encouraged me to make my own personal statement, and did his best to reduce my anxieties as much as possible. He stayed up for hours fine tuning everything and I honestly believe that I would not have my job today if it had not been for Chris.

Hiring Mr. Attig was one of the best decissions I have ever made. Went way beyond my expetations. Not to mention he won my case!

Chris is one of the nation's top VA benefits attorneys, and a veteran himself. I've been fortunate to attend one of his presentations at a National Organization for Veterans Advocates conference, and his knowledge of VA benefits law is top notch.

Chris is a great advocate for veterans. He brings passion and fortitude to his representation of veterans through the VA disability process. In the disorientating claims process, Chris is steadfast but also innovative in how he gets his veterans' claims resolved. I would recommend Chris to my family and friends and any veteran looking for the benefits they deserve.

Chris is a strong advocate for his clients. His compassion combined with his knowledge of the law, allows him to obtain amazing results for his clients. I would happily refer clients to Chris.

Chris is a great attorney and great person. Not only does he sincerely care about his clients he is generous with his time and shares his knowledge and expertise with other attorneys in his field. He subscribes to the philosophy that if you do good for others it will come back to you in a positive fashion. I cannot say enough good things about him!

Chris is a personable and well-experienced litigator. Not only would I refer clients to Chris, I would hire him to represent me if the need ever arose.

Chris Attig is a competent attorney and true advocate for his clients. He will go the extra yard for his clients and keep them informed during the entire process. Anyone with a military or federal employment/labor claim should contact him immediately. He has a nationwide practice and can represent individuals througout the United States.

I endorse this lawyer's work. I have sent him several clients, and they have all very pleased with his work. I believe that Chris Attig is an attorney of the highest integrity, work ethic, and professional knowledge. I would send him anyone who had an employment law issue.

I have had the pleasure of meeting with Chris Attig in person several times, and of corresponding with him many more times. I have referred potential clients to him because I consider him to be an expert in the fields of employment law and veterans benefits law. Chris is thorough and detail-oriented, as is appropriate for a former Army officer and government lawyer. I endorse Chris Attig without reservation.