The Law Offices of Darren O’Quinn prides itself on accepting and vigorously prosecuting only those cases that are meritorious. When lives have been lost, harms and losses sustained, and unfair advantage taken, every person has the right to make the careless parties who caused them to accept responsibility. Mr. O’Quinn will personally prosecute your case and help you through the process of recovering for the harms and losses caused to you and your loved ones.

Mr. O’Quinn, who is also a pharmacist, began his legal career with a practice that emphasized the defense of doctors, hospitals, nurses, pharmacists, nursing homes, and insurers. After 15 years in that practice, Mr. O’Quinn founded The Law Offices of Darren O’Quinn where he began to prosecute the types of cases he formerly defended. Through his over 25 years of experience in both defending and prosecuting these types of cases, Mr. O’Quinn has gained valuable insight into successfully screening and aggressively preparing cases for trial so that, ultimately, a careless wrongdoer will accept responsibility for the harms and losses caused to an innocent victim. He routinely consults and associates with attorneys from all over the United States and has obtained numerous seven-figure recoveries for his clients. In his free time, Mr. O’Quinn trains for and runs marathons. He has also been appointed as a Special Justice to the Arkansas Supreme Court and as a special judge to other courts throughout Arkansas. 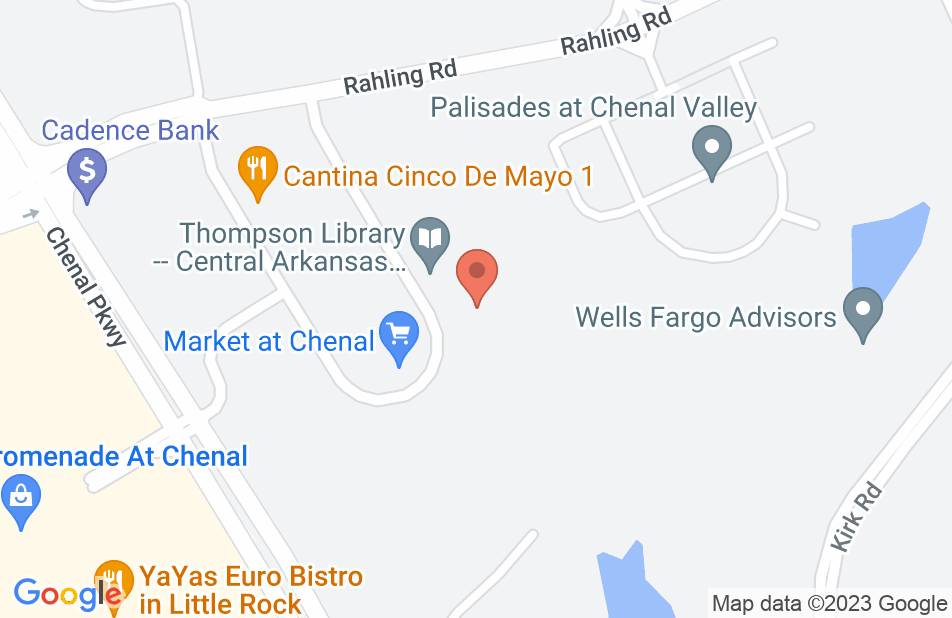 Mr. O'Quinn did an amazing job on my case. He was there for me through the whole process and reassured me that everything was going to be ok. Even though I knew he had other cases on his plate, he always made me feel that i was a priority and reassured me that he wouldn't give up until justice was done. I thank God for sending me this man because without him i never would of gotten through this. He is a true blessing.... Thank You Mr. O'Quinn......
This review is from a person who hired this attorney.
Hired attorney

Darren O’Quinn attorney at law was absolutely phenomenal at representing me on my recent case. He spent countless hours reviewing every aspect of the allegations with me in order to accurately defend me, as well as to prepare me for the types of questions I would be up against. His attention to detail when dishing out the facts is truly something to see. A real tycoon who is not only personable and knowledgeable but well spoken. Definitely a highly professional individual that I would recommend without batting an eye!
This review is from a person who hired this attorney.
Hired attorney

Mr.O'Quinn did a amazing job helping me with the ASBN and OLTC he did not stop until all matters were cleared up for me. He helped me to organize all my information so that when we did get to our hearing it was successful and all matters were dropped and he cleared my nursing licence. I can not say enough about how grateful I am for everything his office did for me.
This review is from a person who hired this attorney.
Hired attorney

Darren was instrumental in erasing false information reported by the AR medical board to the national practitioner data bank. He is very knowledgeable, empathic, and kind. I highly recommend him for medical board related issues.
This review is from a person who hired this attorney.
Hired attorney

I can not begin to thank Darren and Melanie enough! They are very knowledgeable when it comes to the State Board of Nursing. He relieved my anxiety from the start and got me the best results imaginable! My only regret was not coming to him sooner! Highly Recommend!!
This review is from a person who hired this attorney.
Hired attorney

I could go on fir days about how wonderful Darren and Melanie are. Not only did I receive the best possible results but it was handled with speed, and kindness. I will always be eternally grateful for all they did for me.
This review is from a person who hired this attorney.
Hired attorney

I was recommended Mr. O’Quinn by another member of the legal system (several members actually). I used his web page to contact him. I was contacted by Mr.O’Quinn personally within an hour. We set up an appointment for the following day. I had a free consultation in which Mr. O’Quinn gave me an outline of services and what the retainer fee would be if I chose for him to represent me. He gave me a very realistic idea of what to expect. I was unsure of what to expect but Mr. O’Quinn was quite knowledgeable and helped ease my worries. He and Melanie Beth were easy to get in contact with and kept me informed of any happenings with my case. My case had a very successful outcome.
This review is from a person who hired this attorney.
Hired attorney

Mr. O’Quinn made me feel at ease from the moment I met him. His advice was spot-on! His years of experience & expertise were invaluable. There is not enough space for me to write a review that comes anywhere close to his talent. What do I appreciate most? He gave me something priceless...hope!
This review is from a person who hired this attorney.
Hired attorney

Darren is an excellent attorney. Can’t say enough good things about him. His expertise as an attorney and pharmacist provides him knowledge and ability that are not found in other professionals. Darren has the perfect personality for anxious people like me who do not do well with highly stressful situations. I would recommend him to anyone. He took care of me without judgement and with a positive outcome.
This review is from a person who hired this attorney.
Hired attorney

I retained Mr. O'Quinn for a case in which I had been falsely accused of malpractice. He was very knowledgeable and his experience was readily apparent as we discussed the case. He recommended taking an approach which was different from what I had expected or imagined. His implementation was simple and effective. Ultimately, the complaint was dismissed and no disciplinary action was taken against me. I am glad I had him when I needed him.
This review is from a person who hired this attorney.
Hired attorney
See all reviews

I endorse this lawyer.I have worked with Darren on cases as well as referred my clients to him. I have been impressed with his professionalism and knowledge.

Darren is an outstanding attorney. With a degree in Pharmacy he has an analytical ability to break down issues into the basics then fashion a great defense!

Keith Grayson, Medical malpractice Attorney on May 14, 2019
Relationship: Worked together on matter

Darren and I have worked on a number of cases over the last 25 years or so. He is an outstanding lawyer and I give him the highest possible recommendation.

I enthusiastically endorse Darren O'Quinn for any medical negligence or nursing home abuse issue you have. As a younger lawyer, Darren helped me navigate complicated medical negligence cases and issues that arise in these cases. He has proven to be extremely knowledgeable and experienced and a true advocate for his clients and the people of Arkansas.

I have been on the other side of Darren in a number of cases. I have always found him to be honest and hard working. In my experience, his professionalism with opposing counsel leads to better results for his clients!

I have known there when for many years and he is an excellent lawyer. As an attorney, I have consulted with Mr. Quinn on pharmacy malpractice and defective drug cases and found him to be extremely knowledgeable and responsive. I recommend him highly.

I worked with Darren on multiple cases. Very thorough and knowledgeable. Excellent in the court room and in preparation.

I consider Darren a mentor, as he is equipped with the skills and experience to take on the most complex of cases and relate them to a jury. I send many referrals to Darren, as I know he takes care of his clients, and I know my referrals will be in good hands. I highly endorse Darren and am proud to know him.

I know Darren to be an outstanding advocate and champion for his clients. I have sought his counsel and advice on many occasions and have always been impressed with his willingness to help other lawyers.

Darren is an excellent advocate for his clients who gets first class results because of his first class preparation and knowledge. I highly endorse Darren.

I would not hesitate to hire Darren. He is one of the most respected and successful trial attorneys in Arkansas. We trial lawyers communicate with each other and when Darren talks people listen ...because he knows his stuff. If I'm a 10, Darren O'Quinn is a 15. He's smart, honest and genuine. He has my highest endorsement.

Darren genuinely cares for his clients. He is complete and through in all aspects of his representation. He knows the law, practice and procedure. He is always prepared. I recommend his advice, counsel and representation to any prospective client.

Darren is extremely knowledgeable in the pursuit of nursing home abuse and neglect cases. We have co-counseled several cases together and we always learn from Darren's experience

I endorse this lawyer. I have worked with Darren in complex medical malpractice and nursing home cases and I have always known him to be exceptionally well prepared and a zealous advocate for his clients.

Darren is an outstanding attorney. With a degree in Pharmacy he has an analytical ability to break down issues into the basics then fashion a great defense!

I endorse this lawyer.I have worked with Darren on cases as well as referred my clients to him. I have been impressed with his professionalism and knowledge.