André Bélanger, a graduate of Loyola University, is a highly-respected criminal defense attorney serving the people of Baton Rouge, Louisiana, and surrounding areas of Ascension Parish and New Orleans, for one of Baton Rouge's top-25 law firms.

In his 15 years of practicing law, Mr. Bélanger has handled thousands of criminal cases at both the pre-trial and trial stage, including approximately 200 trials. This trial experience includes homicide defense and prosecution, large drug conspiracies and fraud cases making Belanger one of the few attorneys capable of handling even the largest, most complex federal cases.

Having spent years devoted to developing a top tier regional law practice for federal court and state court litigation, Mr. Bélanger is admitted to practicing law in all federal courts in both Louisiana, Mississippi, the United States Supreme Court and the U. S. Fifth Circuit Court of Appeals.

A strong commitment to the justice system, Mr. Bélanger has begun to forge his trial skills in the criminal courtroom in an effort to establish his own personal injury trial practice. This is a major boon for his clients, as few personal injury “trial attorneys” have appreciable jury trial experience. Mr. Bélanger is a member of the National Association of Distinguished Counsel’s Top 1%, was also recently nominated to the National Trial Lawyers Association’s “Top 100 Lawyers” list for the third year in a row, as well as recognized as one of Louisiana’s Super Lawyers.

Outside of a law office, André  is happily married to his loving wife, Ashley, with whom he has two beautiful children, Luc and Mattheiu. He’s a firm believer that it’s because of their support that he has achieved so much success. When they aren’t spending quality time outdoors, they proudly offer their time to the St. Joseph's Catholic Church in Baton Rouge. 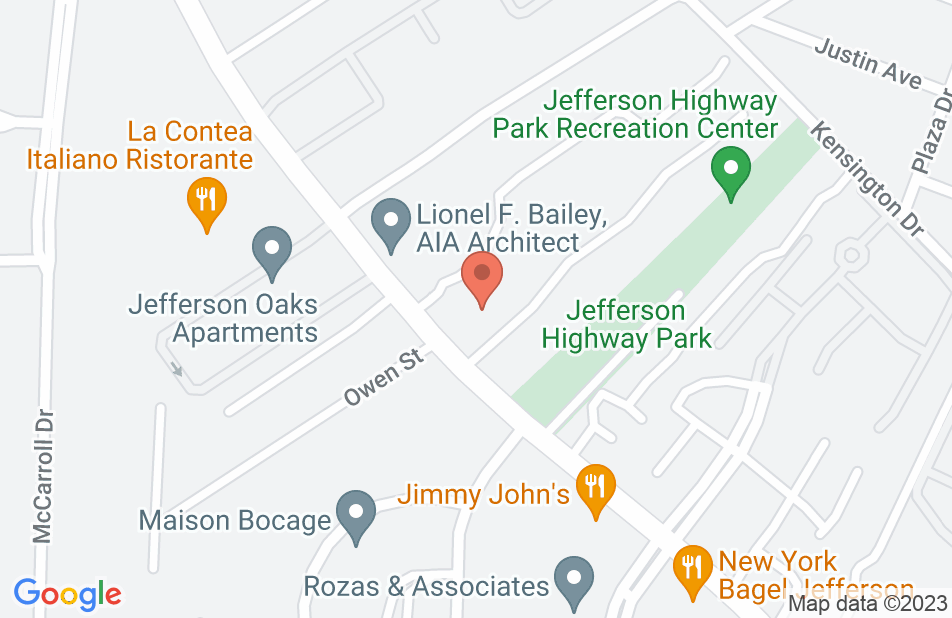 I was referred to Mr. Bellanger through another attorney. Every single court appearance he was there knowledgeable about my case and willing to help me in any way shape or form. We reached a resolution with my case and I hadn’t seen him in a few years until a few days ago when he noticed me with my mother and asked how I was and if there was anything he could do to help. My mother had an attorney but I’m sure Mr. Belanger would have done all that he could possibly if we needed him that day. He’s a stand down, honest, personable man whom I’m honored to know And would highly recommend to anyone in need. He will, I know work diligently and relentlessly at reaching a resolution for your problem as well. Don’t hesitate giving him a call.
This review is from a person who hired this attorney.
Hired attorney

The best team ever ❤️❤️❤️❤️

From the moment I walked in the door everyone was real nice.. I set down and talk with them a few things I didn’t know they took their time out to break it down and explain it to me . It was real funny he broke it down to me in a way that I really understood I was real thankful for the team that I had ...
This review is from a person who hired this attorney.
Hired attorney

My son's first time getting arrested with a very serious charge was indescribable. I had no clue about any Laws, or the Court System. With Andre's assistance and knowledge, I learned everything I needed to know and more. He was very patience and supportive. In the end, we all were pleased with his service. I would recommend Andre' Belanger.
This review is from a person who hired this attorney.
Hired attorney

Andre has been the best lawyer!! He stepped in and helped us after our lawyer past away and he took over the case and he met with us to meet us and touch base on the case so far and took over and gave us the best advise answered any questions we had and just over all a great person!! I highly recommend Mr. Belanger!! Great lawyer and a great person!!
This review is from a person who hired this attorney.
Hired attorney

Andre has represented me for the last five years. Through my indictment, sentencing, and time in federal prison, he was always there for me. He is very warm, dependable, and hard-working. Throughout all this time he was always available to reach, whether it be by phone, text, or e-mail. His support to me has been amazing. I was pleased with the results of my federal sentence, as he worked tirelessly for me in the court system. He was extremely thorough in filing all of my paperwork, and since I have been released, he continues to assist me. Any time I have a question, or need help in blending back into society, he is readily available to counsel me. He has been invaluable in helping me apply for my TWIC card and has written a letter on my behalf to help me get back into the work force. I would recommend Andre to anyone who is in need of a decent, respectable, and moral attorney.
This review is from a person who hired this attorney.
Hired attorney

Shortly after my arrest i was in dire need of legal help and didnt know where i stood regarding my charges. The public defender i was assigned did the very least possible to help me and give me little confidence. Upon meet Andre Belanger, all my fears and worries faded. He was confident and reassuring with me and my case. I realize i made a mistake and have to pay for it but with Andrea's help the court process and my sentencing was smooth and fair. Andre got to know me personally and supported me as a friend would.
This review is from a person who hired this attorney.
Hired attorney

Mr. Belanger was very professional and handled my case with the utmost respect. He took the time to personally understand my case to help me get the best results. I highly recommend his services. Even after my case was over he still kept in contact with me. His customer service skills are superb.
This review is from a person who hired this attorney.
Hired attorney

Just prior to being indicted on very serious federal charges I was in desperate need of council. The first attorney that I met with told me that I would most certainly be incarcerated before this was all over with. I was then referred to Mr. Belanger, whom although expressed the severity of the charges I was facing, seemed very confident in his ability to fight for a better outcome for me than that predicted by the previous attorney. I retained Mr. Belanger and felt confident that I was in good hands. Mr. Belanger worked out a plea agreement and presentation to the courts that allowed me to never set foot in prison and I could not be more grateful for all of the hard work he put in and the amazing outcome. If you are in need of a good criminal defense attorney, I would highly recommend Mr. Belanger.
This review is from a person who hired this attorney.
Hired attorney

Gets the job done

Andre represented my brother at his parole hearing, and successfully convinced the parole board that my brother was rehabilitated and ready to be released. He was upfront and honest throughout the process. Andre was easy to contact and communicate with, and without his help nothing would have been possible. Thank you Andre!
This review is from a person who hired this attorney.
Hired attorney

I retained attorney Belanger to represent my son with post conviction relief !!! After consultation with him I felt that he would give it everything he had !!!! I felt comfortable and confident that he would work diligently to get justice!!! I highly recommend this attorney and firm to everyone!!!!
This review is from a person who hired this attorney.
Hired attorney
See all reviews

I endorse this lawyer. Andre has developed in the one of the finest lawyers in the State. He is also licensed in Miss and Ga. He is smart and thoughtful in his approach. He maintains the highest character and ethical standards. He can handle complex legal issues and has genuinely likeable personality that allows him to communicate with Judges and opposing counsel. Andre is a great lawyer.

I am a lawyer and I endorse this lawyer. Andre is a fearless litigator. I would hire Andre if I needed a criminal defense attorney. I have referred many clients and personal friends to Andre. Everyone has thanked me for referring them to Andre.

I endorse this lawyer. He is very knowledgeable and his passion for service and justice is evident in the quality of advice that he gives to those seeking his counsel.

I endorse this lawyer. Mr. Belanger is a skilled and respected member of the legal community. He is a zealous advocate for the rights and interests of his clients.

I endorse this lawyer. He is a passionate and dedicated advocate.

I endorse Andre. He is a highly skilled attorney that is well respected in the legal community.

I highly recommend and endorse Andre! He is a lawyer's lawyer and I have seen him and his meticulous preparation which has resulted in excellent results for clients. Andre has unique abilities to comb through a case and expertly determine where to exploit an opponent's mistakes and fallacies. Most importantly, Andre works at the highest level of professional acumen when in front of a jury. He is always prepared, confident and cool under the pressure all litigators face when defending a client, on trial for his life. I was fortunate to have been co-counsel with Andre, and even though the not guilty verdict was our goal, and was the subsequent result of the two count murder trial we were defending, our work together began weeks before the case began, and without HIS attention to the client and the case throughout, I could not have been the best that I wanted to be at the trial. Simply put, Andre makes everyone around him better!

Andre is an excellent criminal defense attorney. He uses the courtroom skills that he acquired as a prosecutor to seek justice and liberty for his clients. Without hesitation, I endorse this lawyer.