Any court, any where, any time, from beginning to end, David Stanley fights for you!

Since 1983, David Stanley has successfully practiced federal and state criminal defense, wrongful death, and personal injury law from his office in Baton Rouge, Louisiana.  He is a distinguished trial lawyer fiercely dedicated to protecting and defending the freedom and constitutional rights of individuals accused of serious and complex federal or state felony crimes and obtaining full and just compensation for individuals who suffer wrongful death or sustain serious and permanent injuries in automobile accidents.

In his personal life, Mr. Stanley is a devoted husband and father. He and his wife have been married for over 29 years and they have been blessed with four wonderful children and three grandchildren.  He is an avid fan of all LSU sports.  He loves music and plays both piano and guitar. He also enjoys offshore saltwater fishing, duck hunting, skeet shooting, golf, cooking, coaching youth sports, and traveling with his family. 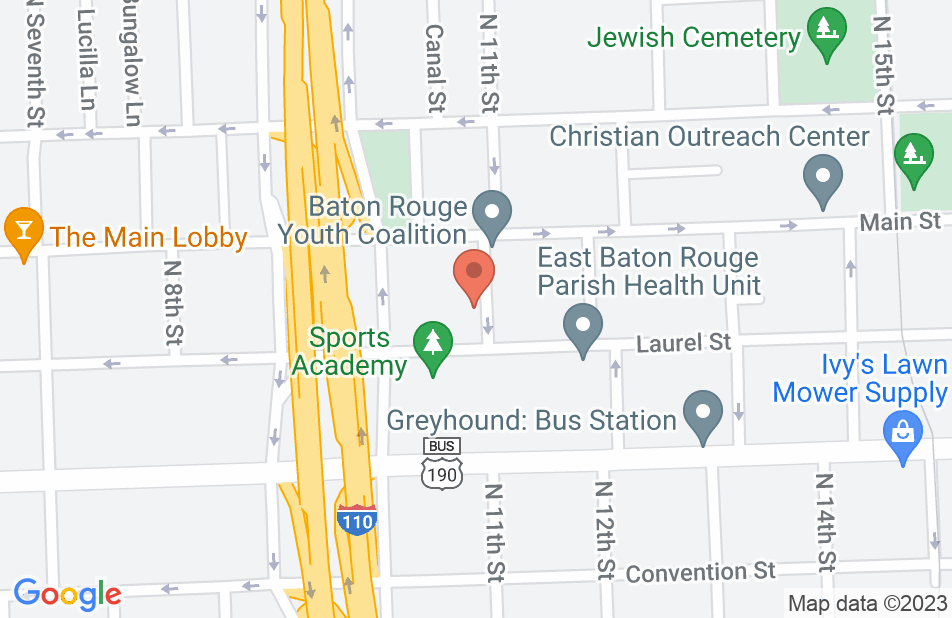 Finest Lawyer in Louisiana!!! David Stanley, Esq. is the #1 Attorney for your case, PERIOD!!!

Mr. Stanley is not only one of the best lawyers in the Louisiana, but also in the nation. Before retaining Mr. Stanley as my attorney, I had consulted with many other attorneys. It quickly became very apparent to me that David Stanley was the best attorney for my case. He has over 30+ years of experience and you will not be able to find a more powerful attorney for your legal matter. He has an extremely high level of experience, intelligence and character. Throughout each stage of my critical legal matter, Mr. Stanley approached every single step with the highest level of expertise and attention. He was able to execute the best legal strategy and ultimately, my criminal case was dismissed and resolved in a very swift manner. He was ALWAYS impeccably punctual, instantly responsive, and super reliable; He was always there for me when I had any concerns or questions. The Bottom Line: He will get you the best possible result. Contacting Mr. Stanley was one of the wisest decisions I have made in my life. I wholeheartedly recommend anyone in any urgent legal matter to see him immediately.
This review is from a person who hired this attorney.
Hired attorney

David Stanley was successful having both of my two separate felony cases dismissed before trial. What a huge relief to have these cases dismissed without having to go to trial. I was so impressed with his advice and courtroom skill. My case went exactly like he told me it would in the beginning. David kept me informed every step of the way. Trusting David with my case was definitely the right choice. He is awesome!!!!
This review is from a person who hired this attorney.
Hired attorney

He is professional , courteous ,caring and treats you like a family. Thanks to him I was able to get my auto case settled per my expectations.
This review is from a person who hired this attorney.
Hired attorney

Couldn't ask for a better lawyer!

David Stanley handled my case after I was in a car accident. He did an extraordinary job! I couldn't have asked for a more professional, knowledgeable, and overall excellent lawyer. He worked with my family and me around our schedules to get my case handled in a reasonable timeframe! I definitely reccomend David if anyone is looking for an amazing lawyer! You'll be well taken care of!
This review is from a person who hired this attorney.
Hired attorney

An Attorney You Can Trust!

David was there every step of the way for me during many of my life's difficult moments. He has always been kind and patient with me, while also intelligently moving my case along and keeping me informed. I have recommended him to any and everyone looking for an honest attorney, whom they can trust to put their best interest first.

Mr. Stanley kept me informed every step of the way about my child custody and child support case. He made sure I understood all of the legal actions and the child custody agreement in detail. He spoke to me with respect and never talked down to me because he had to explain so much detail to me. I felt that he was a real champion on my side through this ordeal.

The best Lawyer in Baton Rouge

Mr. David Stanley is the best decision I have ever made in my life for a legal resolution. He is committed, trustworthy, knowledgeable, and kept me informed of my legal situation to the very end. He is a brilliant defense attorney who worked on my case with pride and integrity. He responds quickly to any questions or concerns you may have. He is also very patient and dedicated to his clients. I would definitely recommend him to anyone who is in need of legal representation. He represented me well to the very end!!!!

My son was charged with exaggerated charges. Mr. Stanley offered outstanding legal counsel for us in dealing with the D.A.'s office. Because of Mr. Stanley's dedication to the case, my son was ultimately charged with the correct charge and has been sentenced to 5 years instead of the 27 years he was facing. Mr. Stanley always answered my calls and emails within a short time period and kept us informed every step of the way. He spent a lot of time with me and my son and truly has a heart of compassion. I highly recommend him.

Mr. Stanely represented my husband in a criminal defense case where he was wrongfully charged. Mr. Stanley was thorough, knowledgeable and prompt.

I was arrested for a misdemeanor in Baton Rouge La., that was a mistake . The charge was for Domestic Abuse , Battery. The charge was false and never should have ended up with an arrest. This could have had serious implications with my job and any future employment. David listened to me and my wife , gathered information and understood exactly what needed to be done and how to go about resolving the issue. David has worked in the Defense business foe many years and quite knowledgeable about how the system works and who he needs to talk to in regards to District Attorneys ,etc.. my case was eventually dismissed by the DA with David's work. After we thought the event was over my records in the State Police Dept. were wrongly entered showing I was arrested on a Felony. David had to once again go to work and see that the records were changed to reflect accurate information that will be on file forever and could impact someones future for years to come. This could only be done with help of an experienced Attorney such as David . You can't do it on your own. Authorities will not listen to you . hanks Dave for being there when we needed you.

I endorse David Stanley. I have personally seen him achieve great results for his clients while facing tough opposition in complex cases. He is a thorough and dedicated attorney who fights hard in both negotiations and trial.

I have known Mr. Stanley as an attorney for over 30 years. He is a hard working, honest and bright advocate. He does exhaustive research and preparation to prepare his client's cases. He has many years of experience. Most of all, Mr. Stanley is 'bulldog' for his clients. I would definitely recommend David Stanley.

I endorse David Stanley. I have personally seen him achieve great results for his clients while facing tough opposition in complex cases. He is a thorough and dedicated attorney who fights hard in both negotiations and trial.

I wholeheartedly endorse Mr. Stanley. He is a tireless advocate for his clients from start to finish. I encourage anyone in need of a criminal defense attorney to contact David Stanley with full confidence.

I have known Mr. Stanley as an attorney for over 30 years. He is a hard working, honest and bright advocate. He does exhaustive research and preparation to prepare his client's cases. He has many years of experience. Most of all, Mr. Stanley is 'bulldog' for his clients. I would definitely recommend David Stanley.