Alyson Vamvoras Antoon is a partner at the law firm of Vamvoras Antoon, practicing alongside her father, Glen Vamvoras and husband, Michael Antoon. Alyson practices mainly in the areas of child custody and criminal defense, but also has a passion for animals and is one of a handful of attorneys who practices animal law in the State of Louisiana. Alyson is a certified family and divorce mediator and past instructor at Delta Tech School of Business. She was born and raised in Lake Charles, Louisiana, and attended Louisiana State University as an undergraduate where she obtained a degree in History. She obtained her Juris Doctor from Southern University Law Center in 2010. During law school, she twice received the CALI Excellence for the future award in Legal Writing and served as an officer in Phi Alpha Delta Fraternity. She was admitted to the State Bar in 2011. She is a current member of the following organizations: Fusion Five Young Professionals Organization, American Association of Premier DUI Attorneys, The Louisiana State Bar Association, the Southwest Louisiana Bar Association Young Lawyers Section (board Member 2016, President-Elect 2017, President 2018),SLWA Bar Association Women's Section (Vice President) SWLA Bar Association Family Law Section, and Chair of the Louisiana State Bar Association’s Animal Law Section. She has been selected 3 consecutive years as a Louisiana Super Lawyer’s “Rising Star,” a current member (2018-2019) of the Leadership LSBA Class, and as one of Thrive Magazine’s “13 Thriving 30 somethings” in 2017. Alyson was also a speaker at the 2016 LSBA Animal Law Section’s annual seminar. When not at work, Alyson and her husband love spending time with their multiple rescue animals (and sometimes “foster” animals). Alyson enjoys volunteering with the Lake Charles Pitbull Rescue, and advocating for animal rescue and animal welfare. 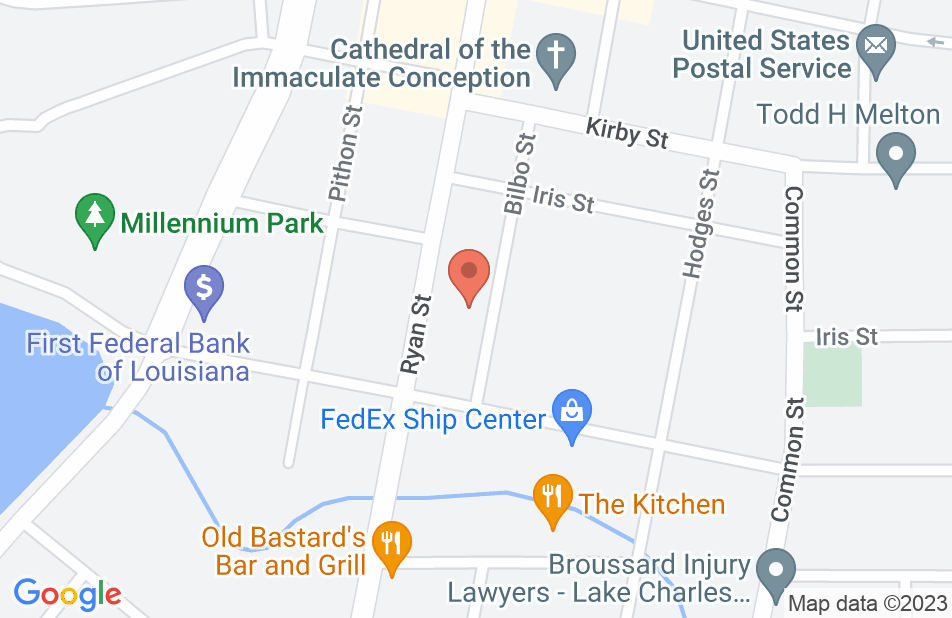 Alyson & her team are absolutely top notch! Every step of the process was explained in detail. Any questions I had over email were answered usually within an hour. She obtained even better results than we had origional discussed. Alyson & Heather knocked it out of the park! I would highly recommend her to anyone with complicated divorce or custody cases. She is a mover & a shaker, and that’s exactly what she did for my case. I could not be more happy with my results.
This review is from a person who hired this attorney.
Hired attorney

After being fed drink after drink at the blackjack tables at a well known Lake Charles casino, my husband experienced a very unfortunate out of control event due to interaction with his mood control medications. Calcasieu Parrish is not the kind of place you want to make a mistake in but we were very fortunate to find ourselves in the very capable hands of Alyson Antoon. Both her husband and her father are well known attorneys in Lake Charles and she certainly knows her way around the system. She was always upbeat with us and kept us in the loop, she was always available if we needed to talk with her and she helped my husband get a very good outcome to his case. To top it all off, she is very, very affordable. We highly recommend her.
This review is from a person who hired this attorney.
Hired attorney

Best I've ever had super friendly and helpful full in every way I needed
This review is from a person who hired this attorney.
Hired attorney

Allyson is diligent and compassionate. A rare breed of attorney who will help her clients reach a fair resolution while actively trying to keep costs down. I cannot imagine a more important trait from a client's perspective.

Alyson is amazingly smart and an all around good person who has consistently shown a genuine interest in her clients and the outcome of their cases. She's a great attorney and I enjoy working with her.