Chip Wagar is a practicing attorney and award winning author who lives and practices in the New Orleans area.  He grew up in the Adirondacks region of upstate New York as the oldest of four children.  He attended the Austro-American Institute in Vienna and the City of London Polytechnic in London before graduating from the George Washington University in Washington, DC, in 1976.  After graduation from college, Chip came to New Orleans and attended the Tulane University School of Law, from which he graduated cum laude in 1979.  Chip has been a lawyer with a civil litigation practice ever since.  His practice now concentrates mainly in the areas of medical mallpractice, maritime law and products liabiity.  In 2011 his novel, An American in Vienna, was published to rave reviews.  He has a multi-state practice in all three areas.  He is married to Cheryl Nolan Wagar and has two adult children, William and Sarah, who also live in the New Orleans area. 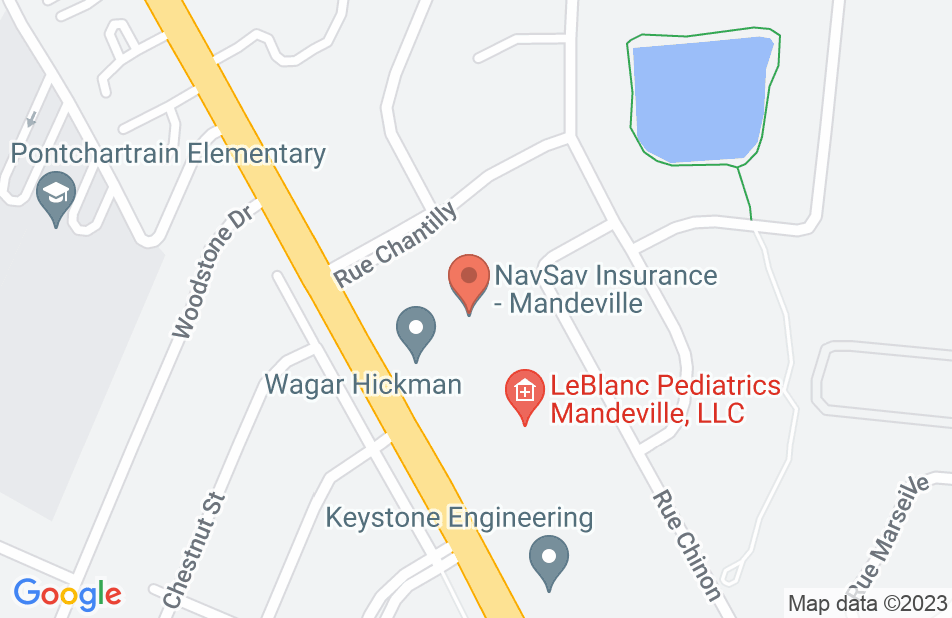 Nelson Wagar III's is #1 Attorney in my book!

Mr. Wagar was very helpful. He and his staff kept in touch every step of the case. They were thorough in their investigating. All my questions were answered in a timely manner. I pray I never need again, but Mr. Wagar would be my first choice for an attorney. He helped me help my family. Thank you just doesn't seem enough.
This review is from a person who hired this attorney.
Hired attorney

Nelson W. Wagar gave detailed information on the concern I had and it really helped me come to a conclusion that I wasn't sure about at first. He's understanding and he works with you to help out the best way he can
This review is from a potential client who consulted with this attorney.
Consulted attorney

I have known "Chip" Wagar for several years now in regards to a medical malpractice case. He has always been compassionate, caring and informative about all issues of the case! Best Atty I have ever worked with! If you want an Atty, who is on top of his game you need Chip Wagar, Atty!

I am so thankful I chose Chip Wagar in my time of despair. I lost the Love of My Life, my daughter Chela at the age of 8yrs old due to negligence of her doctors. It was my duty as her mother to make sure this horrible standard of care provided didn't go unnoticed. After contacting Chopin Wagar Richard & Kutcher, LLP law firm someone responded to me quickly. I saw Chip for a consultation, he listened to my story and we immediately connected. Chip was very compassionate and encouraging with his advice. He informed me that it would be a very long fight but one he and I was willing to fight to the end. He remained professional at all times but also had a sense of humor which made a very difficult and emotional situation run smoothly. Whenever I had a question or concern, Chip or someone from his office contacted me the same day. This made me feel like I was a priority even though I know they have other clients. I was even sent cards and flowers throughout the year reminding me that I was thought of and that they care about my well being personally. During the entire process Chip contacted me numerous times to explain what our next steps would be and addressed any concerns I had if any. Chip provides excellent legal representation along with his partners Richard(Dick), Sarah and his assistant Ann Wilson. Words can not describe how grateful I am to have this law firm represent my daughter Chela and I. If you are looking for a high quality law firm to be behind you 100%, a warrior for you and your family I would not hesitate to recommend Chip Wagar. You and your team are a blessing to Chela and myself. I thank God everyday that I chose you. In the end we WON VICTORY FOR CHELA!!!!

Mr. Wagar handled my husband's medical malpractice case. He was very professional and treated us like real humans and not just clients!

Excellent Lawyer - I highly recommend Chip for his professionalism and knowledge of law. He has a very clear and ethical approach to the law and is very client oriented.

Sharp, persuasive and eloquent, when in trial, no one else in the room has more command of the facts and the law than Chip, or is better at presenting his client's position, Chip is a 5 tool player who skillfully advises his clients inside and outside the courtroom.

Chip is an experienced trial lawyer and an excellent advocate for his clients. His willingness to go the extra mile for his client is evident by the results which he obtains.