Born and raised in the New Orleans area, Zachary concentrates his practice in the fields of litigation and general corporate counsel for clients ranging in size from individuals to multi-billion dollar hedge funds.

Zachary graduated from Brown University in 2004, where he received the Alfred R. Bennett Award for high achievement in the field of Italian Literature. He then graduated from New York University School of Law in 2007. While in his first year of law school, Zachary received first place in the school’s oral advocacy competition and throughout law school participated on the school’s Mock Trial team.

From 2007-2009, Zachary worked as an associate in the New York office of Kirkland & Ellis LLP, an international law firm of over 1,500 lawyers known world-wide for the quality of its litigation practice. During his time at Kirkland, he focused his practice on defending large companies in class action litigation. This work gives him unique insight into how large companies function and defend lawsuits, a useful insight in his current practice. In 2007 and 2008, Kirkland recognized him for his work on several pro bono matters, including representing battered women seeking asylum and prisoners whose constitutional rights had been violated.

Zachary now enjoys a varied practice.  He works on litigation matters large and small, from cases involving one individual to those where he works on behalf of 10,000+ people injured by a defective product.    He also advises corporations without in-house lawyers on general business matters.  In addition to his work for BKC clients, he is also actively involved in the legal community.  He is a member of the Louisiana State Bar Association's LGBT Diversity Committee, and he is currently the Chairman and Founder of the American Association for Justice's LGBT Caucus.

Despite a heavy workload, Zachary is very involved in the New Orleans community.  He has served as Vice-President of the Einstein Group, Inc., a non-profit organization that runs two K-8 charter schools in New Orleans East and on the Board of Trustees of the Contemporary Arts Center.  He also volunteers with the Louisiana State Bar Association's Lawyers in Libraries program, for which provides free legal guidance to the Parish's low-income residents.  In addition, he is honored to have been selected President of his condo association by his neighbors twice, a position he currently holds. 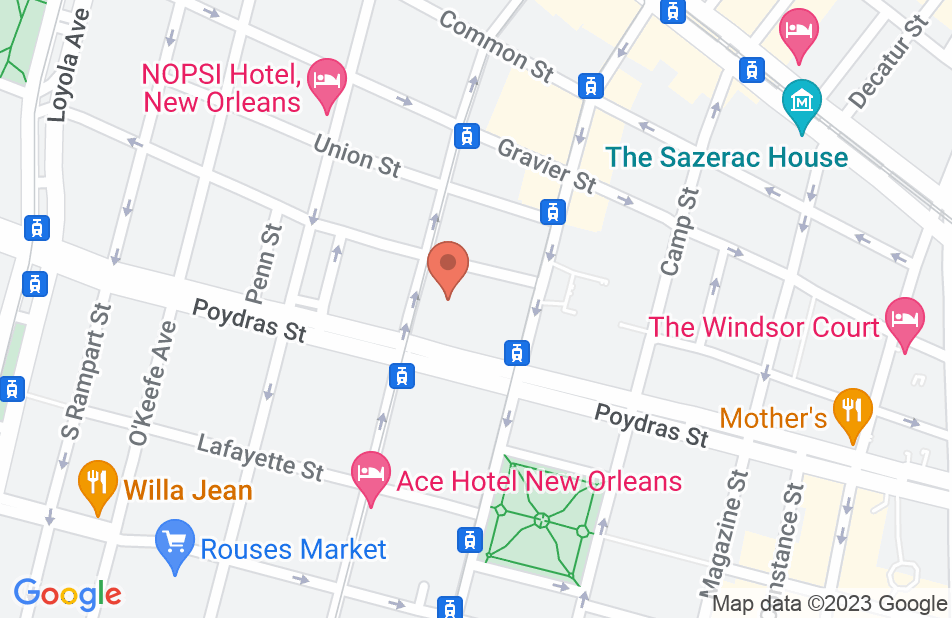 I've had the good fortune to work with Mr Wool twice, and the bad fortune, now that I think about it, to need to do so! He is as compassionate and creative a lawyer as I can possibly imagine, going out of his way to research alternative approaches to resolving a dispute and staying in regular communication in the short term and providing ongoing check-ins, advice, and a cheering word in the long term.
This review is from a potential client who consulted with this attorney.
Consulted attorney

I provided extensive expert consulting services in New Orleans for a client whose insurance company was obligated to provide legal defense. The insurance company completely ignored my invoices for a year, just blowing me off. People advised me that I could hire just any lawyer to pursue a breach of contract suit. I ignored that advice and hired Zachary, who is a Partner in a respected firm, with business law expertise. I wanted the insurance company to know I was really serious and they were up against very competent opposition. The difference in my interaction with them could not have been more stark. They clearly respected if not feared Zachary. They fully capitulated within a month, and I’ve now been paid in full. It was a real pleasure working with Zachary who listened carefully to my needs, kept me continuously updated, and was extremely fair with his billing. I could not be more satisfied at the outcome.
This review is from a person who hired this attorney.
Hired attorney

Zackary and his team were very helpful in gaining a great settlement on behalf of our Company! Zackary was always quick to respond upon my request for updates, sent updates often without a request. These updates were detailed and always on the mark. There attention to detail was obvious and helped respond to the many BP request for information and back up... Thanks for a job well done!
This review is from a person who hired this attorney.
Hired attorney

We’ve worked with countless legal firms across our firm’s different businesses and our client’s corporate ventures. BKC has continually added real value to our business successfully negotiating a difficult business sale, artfully untangling a messy corporate structure set up incorrectly by a different firm, and streamlining our business contracts. Zachary and the team at BKC are the most knowledgeable, dedicated, and downright impressive lawyers we’ve been privileged to work with.
This review is from a person who hired this attorney.
Hired attorney

Zachary did a great job with my case. He kept me informed and cut through the BS. He's really smart and practical and could explain things to me in plain English. I will hire him again if I need a lawyer, no questions asked!

Zachary is an intelligent, hard-working, and experienced attorney. He has obtained incredible results for his clients. I would send a family member to him for legal representation. You are in great hands with Zachary as your lawyer. I highly recommend him.

I endorse this lawyer. One of the most thoughtful, and outstanding lawyers that I know. I'd recommend him to anyone looking for a zealous advocate.