Recognized as a Best Lawyer in America for the past 5 years. Helping Louisiana families and businesses in Louisiana. Call today for a Consultation. (844) 740-5009

Eric Nowak is a trial lawyer who represents Louisiana businesses, families, and individuals at both federal and state court in injury lawsuits, business disputes, and insurance litigation. He spends a significant amount of his time on cases where the issues are based on engineering, medicine, and science.

Eric Nowak brings a resume of hard work, compassion, and experience to every case. Before starting his own firm, Mr. Nowak practiced at the nationally acclaimed firm of Hunton & Williams where he earned his litigation stripes. At Hunton & Williams, he handled products liability, premises liability law, and contract cases in Virginia, Texas, and Arkansas. He also participated in over 100 hearings where he represented custodial parents trying to collect child support. And, as a Legal Aide Volunteer, he successfully represented and tried cases for families with housing disputes. His trial work on behalf of the less privileged in our society, earned him the E. Randolph Williams Award for Outstanding Pro Bono Service.

From Hunton & Williams, Mr. Nowak joined the law firm of Sessions, Fishman & Nathan, where he later became a litigation partner. There his practice continued to focus on products and medical liability issues, including pharmaceuticals. Mr. Nowak was counsel for Novartis Pharmaceuticals Corporation and Novartis Consumer Health, Inc. in the phenylpropanolamine (PPA) cold medicine litigation – conducting medical and fact discovery for over 900 plaintiffs in more than 85 separate lawsuits. He also successfully defended Novartis through the US 5th Circuit Court of Appeals where the Court applied and interpreted the Louisiana Products Liability Act with respect to prescription drugs. Stahl v. Novartis Pharmaceuticals Corp., 283 F.3d 254 (5th Cir. 2002).

Eric left Sessions, Fishman, & Nathan to help found Harrell & Nowak with the goal to create a top-notch law firm that represented Louisiana families and businesses in their fight for justice against big business, insurance companies, and others who harmed them.

Mr. Nowak is licensed to practice law in all the federal and state courts of Louisiana and Virginia, as well as the Fourth and Fifth Circuits of United States Courts of Appeals. He is an active member of the Federal Bar Association of New Orleans serving on its board of directors from 2006-2014 and being elected president in 2012.  In 2014 he was appointed a National Delegate to the National Federal Bar Association. 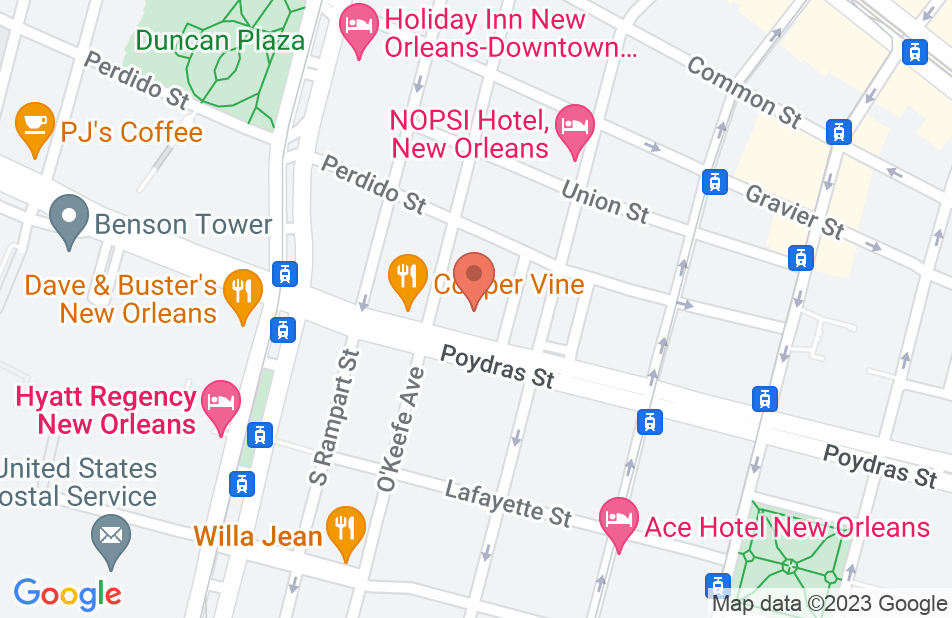 Not yet reviewed
Review Eric Nowak

Eric is an extremely smart and capable lawyer. In fact, other lawyers often refer him their cases when they are too complicated. In addition, a spirit of public service guides his practice of law, and he endeavors to use his law license to give back to the community. He took on a complicated immigration case, and he assisted an abandoned immigrant child to get immigration status on a pro bono basis. I endorse him enthusiastically.

Eric is a great communicator and consumate professional. He is always striving to better himself for his clients. I recommend Eric without reservation.

Eric and I were opposing counsel on a matter. He was tenacious and smart in his representation of his client. Many attorneys think that being a good attorney means acting like a jerk. Eric is not one of those people. He is a pleasure to work with - even when he is winning!