Our firm is a successful workers compensation law firm with proven results in obtaining maximum benefits for people injured at work.  We only get paid when we win for you so there is no risk.  Call today for a free meeting with an experienced work comp lawyer. 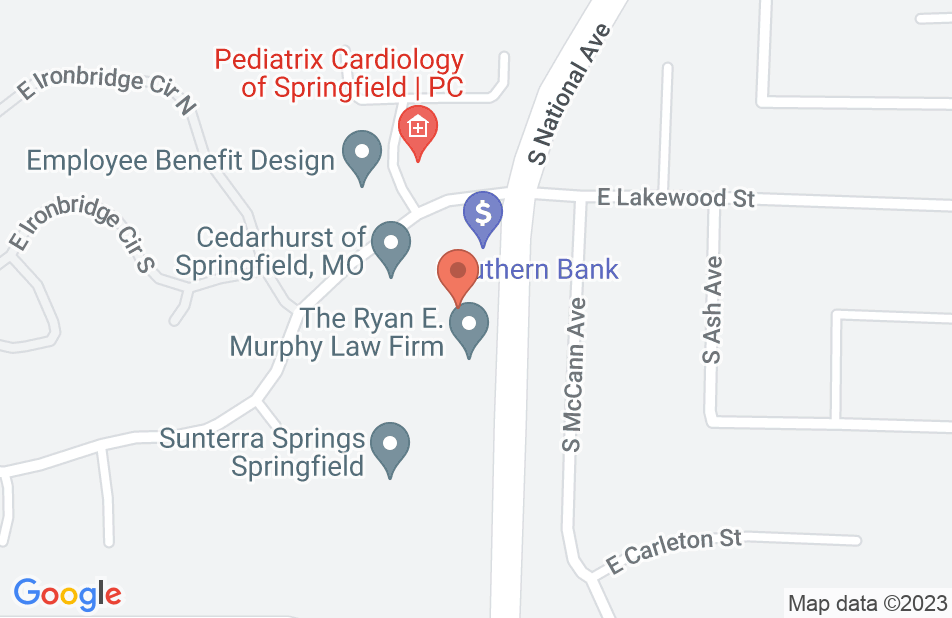 I was contacted by the Missouri Workers Compensation Division and was told that I had a hearing over my settlement. I had no idea what that meant, but I noticed that the workman's comp. insurance company of my former employer, had a law firm representing them. I spoke to a friend and they told me to get a lawyer, my sister-in-law (who is a paralegal) said that her office uses Ryan Murphy. I gave him a call, and he saw me on his day off, he explained what was going on and how he would handle my case if I chose to have him represent me. I agreed and hired him that day. I got paper work in the mail within a few days, that showed me that he and his team were not wasting any time. I had no idea what my settlement would be, but I received a lot more than I thought I would and I was very pleased with how everything turned out. I have learned to always have a lawyer represent you in any workman's comp. case and I will recommend Ryan Murphy to all my friends.
This review is from a person who hired this attorney.
Hired attorney

Ryan E Murphy is the best lawyer ever! My right shoulder was injured and when I did my part and told the company I worked for that I was hurt. The company turned there cheek and didn't care. This was my first time going through a work injury deal and when I found Ryan E Murphy I felt safe and knew I could trust him! He spoke clear and explain how filing for a work injury case works. He also gives great advice and his team!! It took almost two years to settle my case. I can say it was the hardest and toughest time of my life in the beginning of it all but having Ryan there with me gave me the strength to keep fighting forward so company's don't ever get away with injurying there employees. I would give Ryan E Murphy a million stars because he is that great! Thank you Ryan E Murphy and Renee for everything!! I am so thankful and blessed to have meet you and all the help you have given to me and my little family.
This review is from a person who hired this attorney.
Hired attorney

I had an outstanding outcome to my case and felt like they went above and beyond to get me the settlement I deserved. Ryan and his entire office did a quality job keeping me updated on my case and were always there to answer questions and give advice. I would absolutely hire them again if needed.

Ryan is a great lawyer and all around good guy. He'll always be honest with you and works diligently on everything thrown his way. I will always refer any Workers Comp. case to Ryan.

As a former practicing workers compensation lawyer in the Springfield community, I have had the opportunity to personally observe Ryan engage with his clients. He seemed genuinely concerned for their situations and well-being. Any time our paths have crossed professionally, Ryan was always respectful and had great follow through. I would recommend Ryan with full confidence to anyone looking for a skilled workers compensation advocate.

You would be hard pressed to find a more aggressive, knowledgeable or likable attorney in the Springfield, Missouri area in the field of Workers Comp. I have no hesitation in referring business to Ryan. He is an outstanding attorney and I fully endorse him.

Ryan has become the go-to workers compensation attorney in Springfield. His work ethic and integrity are second to none which produces great results for his clients.