Emily J. Fretwell was born in Canton, Missouri to State Representative, Estil Fretwell, and his wife, Nina "Jo" Fretwell. After ending his career as a representative, Estil relocated his family to the Capital city to pursue a career as a lobbyist for Missouri Farm Bureau. Emily's mother completed her Masters in Education and began teaching English at Thomas Jefferson Middle School. Emily and her three siblings all graduated from Jefferson City High School and were active in athletics, the arts and in their church.

In 2007, Emily received her Juris Doctorate from the University of Missouri, became licensed to practice law in Missouri and the Eastern and Western District Courts and was admitted to both the Missouri and Cole County bar associations.

Also in 2007, Emily wed her high school sweetheart, Jeremy Renn. Jeremy spends his days working as a successful hair stylist at a trendy salon called The Loft. After spending some time in Columbia, they returned to Jefferson City where they currently reside with their two young children.

Since beginning her legal career, Emily has gained a reputation for listening to and responding to her client's needs. As a general rule, nobody likes having to call a lawyer, and she respects and appreciates the fact that her clients are relying on her experience and knowledge to get them through some of their most trying times. 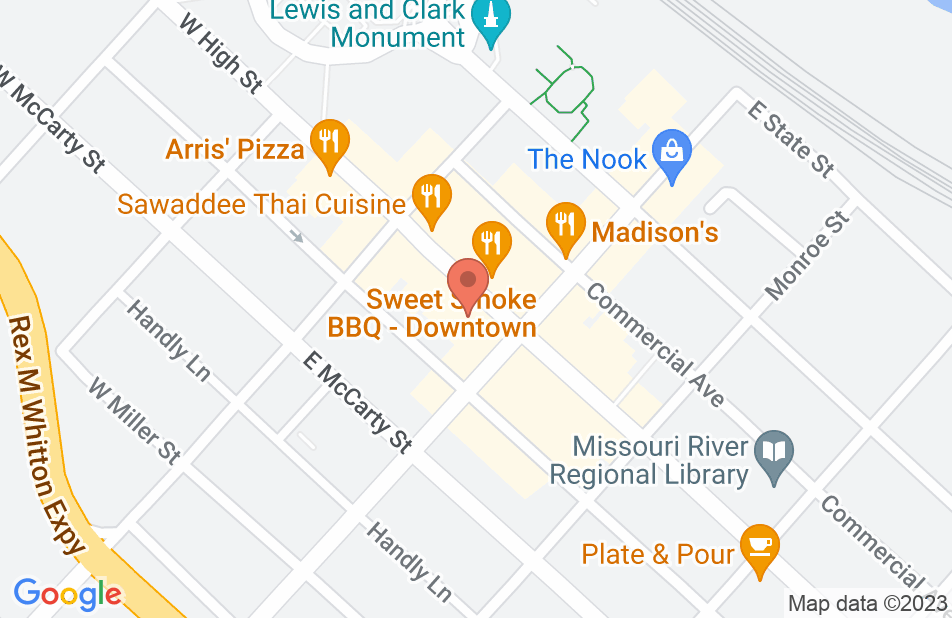 Emily helped me with my divorce in a professional and timely matter. It was a relief to have her as my attorney. She was able to get my issues resolved in a timely matter which made the whole situation much more easy to go through.
This review is from a person who hired this attorney.
Hired attorney

Emily has been my lawyer for a ramge of different legal matters. Her knowledge in the judicial arena makes her an excellent choice no matter what your needs may be. Emily is the greatest advocate for her clients. She responds promptly, takes YOUR best interest to heart, and is dependable unlike any other. I am in awe of her intelligence, tenacity and class. Emily is the best judicial asset you can invest in with your legal matters.
This review is from a person who hired this attorney.
Hired attorney

Hiring Emily Fretwell to assist with my legal needs was one of the best decisions I ever made. She is both knowledgeable and relatable, making difficult legal concepts and processes easy to understand. She is also extremely responsive, always keeping you up-to-date on status changes with your case and answers questions quickly. Knowing Emily was working my case helped me maintain my sanity during a very stressful time. I would highly recommend Emily Fretwell to anyone in need of an attorney, you won't be disappointed!
This review is from a person who hired this attorney.
Hired attorney

Always there when I need! Thank you Emily!

Emily has provided me assistance on multiple occasions and has always been poised and professional in the courtroom. She is competent, assertive, and courteous; it is apparent that Emily is passionate about her career. While I do not aspire to have to call upon her for help in the future, I know that there is no other attorney that I would turn to for such assistance because I have been more than satisfied with her representation in the past.
This review is from a person who hired this attorney.
Hired attorney

Outstanding lawyer who truly cares about her clients!

Emily has given me legal advice regarding divorce and custody issues. She is very knowledgeable and took the time to explain everything in great detail. She cares about her clients and it shows! She goes above and beyond and has the drive and determination it takes to be a successful lawyer. I would highly recommend her and also hire her if the need arises.
This review is from a potential client who consulted with this attorney.
Consulted attorney

Emily helped me through my divorce. It was one of the hardest things I’ve ever gone through, and she was right by my side every step of the way. She never complained about the silly questions I’m sure I asked, or the late night Emily’s, always responded, and made me feel as though I was her only client! The whole time, I felt like I was working with my friend/sister, and I’m proud to call her a friend to this day! I would 100% recommend her (and have to many) for any legal matter you are needing help with!
This review is from a person who hired this attorney.
Hired attorney

A great lawyer with an even better work ethic.

Emily has helped me out with everything from speeding tickets to a quit claim deed for my property. She has also answered numerous legal questions I've had over the years. I highly recommend her to anybody looking to obtain a lawyer or law services.
This review is from a person who hired this attorney.
Hired attorney

Emily has advised me on a few different legal matters. Every time I call her with a question or concern she gives honest answers, tells me what she would do in my situation. It gives me all the options, and explains things to my understanding sitting though all the legal jargon that can sometimes be confusing! She has made stressful times in my life MUCH easier for me to deal with and I would recommend her to anyone and everyone!
This review is from a person who hired this attorney.
Hired attorney

Emily took on my custody case and has done an amazing job so far really looking out for not only mine but my daughters best interest. Possibly my favorite thing about her is that she genuinely cares about my case and that has been apperant since day one. I'm so happy that I found out about Emily!
This review is from a person who hired this attorney.
Hired attorney

Emily is very knowledgeable and eager to help

Emily did a great job helping me through a legal matter that was new to me. She kept me informed on everything that was going on in a very timely manner and always had an answer to my questions! Would refer her to any and everybody!!
This review is from a potential client who consulted with this attorney.
Consulted attorney

Emily is without a doubt one of the best family law attorneys in Mid-Missouri. She exudes a unique blend of caring and compassion toward clients involved in highly emotional and stressful situations, while simultaneously maintaining a strong work ethic, confidence in the court room, and the determination required to produce the results her clients' deserve. Her experience is a highly valuable asset to our team at Call & Gentry Law Group, and I am honored to call her both my work associate and personal friend.

I have known Emily for many years both personally and professionally. She is not only a talented attorney, but is also a good person. The skill and knowledge of an attorney are of course important attributes, but I believe honesty and integrity are just as important, and Emily has all of these qualities in addition to many others. Emily exhibits knowledge, skill, and ethics in the court room and beyond, and I am I thankful to have her as a friend and colleague. I highly endorse Emily Fretwell.

Emily is a very knowledgeable attorney who is willing to fight for her clients!

I would highly recommend Emily as an attorney. She is levelheaded, easy to talk to, and will provide you with the best advice for your situation. I recommend her to anyone who has a legal matter in the Jefferson City area and I refer anyone who calls me needing assistance in the Jefferson City or Columbia area to her. She will work hard to make sure that she gets you the best result the facts will allow!

Emily is pro-active and always works hard to find a winning solution for her clients. She has the experience, skill and positive mental attitude required to practice in the difficult area of family law. And best of all, she is responsive to her clients' needs and communicates with them effectively. I endorse Emily and am delighted to work with her at Call & Gentry Law Group!

I have had many opportunities to work with Emily, often an opposite sides. She is always honest and cooperative. She is one of the first attorneys that I recommend if I have a conflict and cannot represent someone. I know she will advocate for her client without making the case more difficult than it needs to be.

Emily and I have known each other for decades - she is a rock star attorney with a passion for client service. I refer all family and criminal law matters in the Jefferson City / Columbia matter to her. Highly recommended.

I would absolutely endorse Emily to represent anyone in need of representation. She is very detail-oriented, always prepared, aggressive, and extremely competent in family law as well as the other areas in which she practices. When I talk to someone who has a case in the JC area, she is the first person I refer and I am extremely confident in her abilities.

Emily has enjoyed a successful track record for over a decade representing clients needing to navigate the challenges of divorce, child custody, modification, adoption, dwi charges, and serious personal injury. She brings her local knowledge, relationships, work ethic, and a tenacity to find meaningful practical solutions to each and every one of her cases. It is an honor having her as part of our team at Call & Gentry Law Group