Blake represents invididuals who have been harmed by the negligent or wrongful acts of others, focusing on accident injury, wrongful death, personal injury, and class action cases.

Blake attended law school at the University of Missouri – Kansas City, where he served as Managing Editor of the Law Review and received the CALI Award for Excellence in Evidence. Blake graduated law school in 2008 with an Emphasis in Litigation, having spent every semester on the dean’s list.

Following law school, Blake served as a law clerk in Jackson County Circuit Court and assisted the judge in conducting jury trials. Blake began his career in the private sector as a defense attorney specializing in medical malpractice and insurance defense before rededicating his career in 2010 to plaintiff's work.

Blake is active in the Kansas City community with professional and civic organizations. He is a graduate of the KCMBA Bar Leadership Academy and the Ross T. Roberts Trial Academy, and is a member of the Young Professionals Board of Legal Aid of Western Missouri. Blake has volunteered with Big Brothers Big Sisters of Kansas City since 2006. 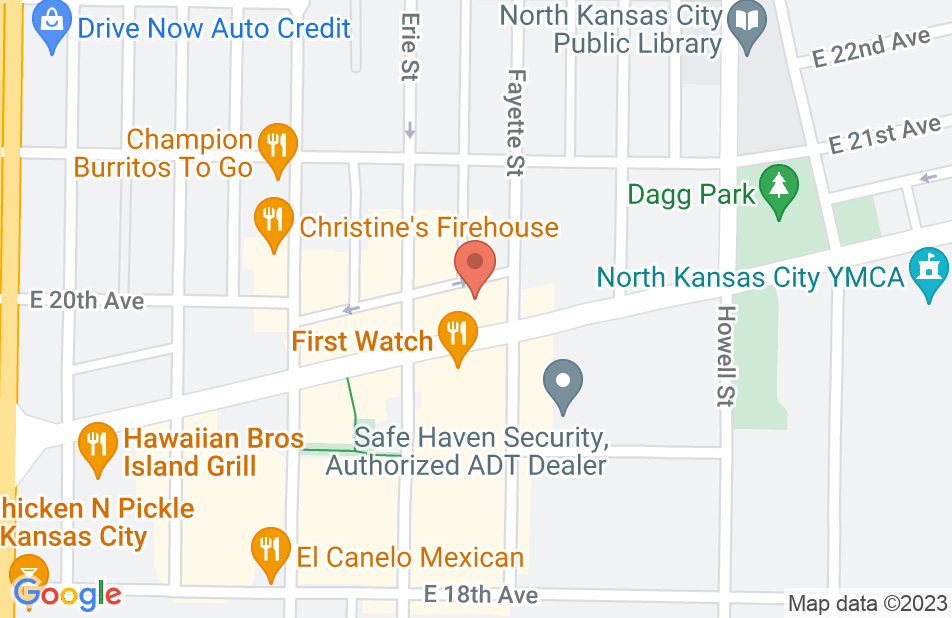 I contacted Blake immediately after being in a head on collision and I am so happy I did. He was very helpful in guiding us on what we needed to do so that we where not only safe and taken care of, but understood what was happening. Blake cared about our well being and you could see and hear that in his actions. After the accident, Blake was very easy to work with and not pushy or after a quick settlement to get paid. During my treatment he stayed in contact and checked in on my recovery as well as gave updates on the process. Once the settlement was reached, you could see that Blake's hard work and staying after it was successful. I would recommend Blake to any of my friends and family without hesitation. From start to finish, Blake was a pleasure to work with!
This review is from a person who hired this attorney.
Hired attorney

Mr. Green is a highly professional, compassionate and friendly person. He took all of the members of my household into consideration when working for me. My youngest daughter is wheelchair bound and I have to lift her numerous times a day. My accident left me with permanent damage to my lower back and neck; most days I struggle to get up/down from the floor and am in pain when lifting. Mr. Green was able to get all of my medical bills and my totaled vehicle paid for as well as set us up with a bit of money to help with adaptive equipment/housing for the future.
This review is from a person who hired this attorney.
Hired attorney

Would hire him again in a heartbeat!

I was involved in an accident caused by a semi truck and sustained an L-1 compression fracture. I was taken by ambulance to the ER and it was a good 6 months before I was able to do simple everyday things without too much pain. I knew I would need an personal injury attorney and asked around. A friend recommended her husband's college buddy, Blake Green. I contacted Blake and he came to see me in St. Louis. I was very favorably impressed by his down-to-earth demeanor and straightforward responses to my questions. I asked him for references and he provided several. I contacted all of them and was again very favorably impressed by what I heard. I agreed to retain him and was pleasantly surprised that his contract was very simple and straightforward, with no fine print. Once I signed the contract and releases, Blake got busy getting all pertinent records and drafting a claim. Throughout the process, Blake either reached out to me with updates or responded immediately when I emailed him about the case. The claim he prepared was very thorough and after he sent it to the defendant, he kept following up with them to keep the negotiations rolling. During the negotiations, he offered me the option to be kept as well or little informed as I preferred. I was happy to leave the details in his competent hands. After a few months of back and forth, Blake procured a very favorable settlement. I am an engineer by profession and have dealt with many attorneys, some good, some not so much. Blake is one of the finest I have had the pleasure to work with. My only complaint about him is that his practice does not include business law since I'd hire him in a heartbeat!
This review is from a person who hired this attorney.
Hired attorney

I hired Blake to pursue a class action claim on a vehicle I was having mechanical troubles with, and he has consistently kept me informed about the process. He answers all questions, always very informative and knowledgeable.

Ryan Paulus, Employment and labor Attorney on Sep 13, 2019
Relationship: Worked together on matter

Excellent injury lawyer. I would highly recommend. Thanks, Greg Watt

I have referred several cases to Blake and he handled each one of them with the upmost care and pushed through to get each client the result they wanted. Blake is one of the best in his area of expertise. I endorse this lawyer.