Christopher A. Wright grew up in St. Louis in unincorporated Oakville. Chris attended Christian Brothers College (CBC) High School from 1986 through 1990. He graduated from William Jewell College in Liberty, Missouri with Bachelor of Arts Degrees in both Political Science and Communication. He attended law school at the University of Missouri-Kansas City (UMKC) School of Law, where he graduated in 1998. While at UMKC, he served on the UMKC Law Review as Managing Editor from 1997 through 1998; he was also a member of the Ellison Appellate Advocacy Moot Court Board; and was a recipient of the Max Foust Scholarship.

Chris has dedicated his professional career to exclusively and aggressively representing victims and their families in the most complex medical negligence, nursing home negligence, serious personal injury and wrongful death actions. In September 2005, Chris was selected by Missouri Lawyer's Weekly magazine as an Up & Coming Missouri Lawyer. And in 2009, Chris was named a Missouri & Kansas Rising Star by Super Lawyers magazine.  He was named a Missouri Super Lawyer in 2013 and 2014, and a Best Lawyer in 2015.

Chris is actively involved in supporting, or has served on the Boards of, the following charitable/consumer advocacy organizations: The United Way; The Brain Injury Association of Missouri (BIA-MO); The Crohn's & Colitis Foundation of America (CCFA); and the Missouri Association of Trial Attorneys (MATA); and the Kirkwood-Webster Junior Football league.

Chris and his wife, Shannon, live in Webster Groves with their 3 boys - Ben, Will and Sam. 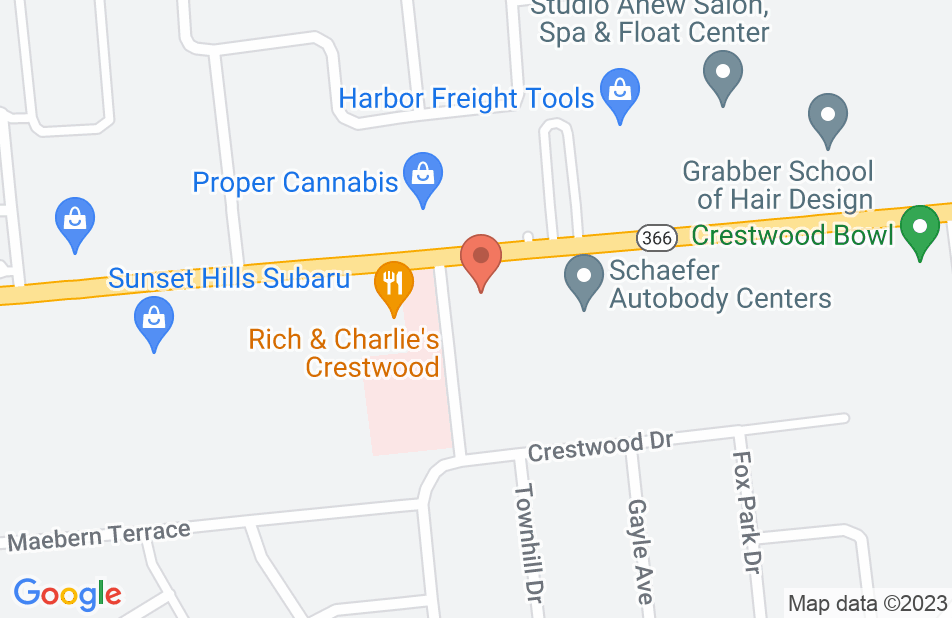 I am Jesse Andersen’s cousin. Thank you for taking my aunt’s case when no one else would. Thank you for being a good man.
This review is from a person who hired this attorney.
Hired attorney

Mr.Chris was at my house the next day after my accident ,explaining to me what's going to be happening and he was taking pictures of my car. He keep in touch with me explaining what was going to happen next through my whole case. If I had a question he would personal answer it or Ms. Nikki within 24 hours. They did a GREAT JOB !!!! Thanks
This review is from a person who hired this attorney.
Hired attorney

Mr. Wright, represented me and my child in a professional, and courteous manner. He was very helpful and always willing to go above and beyond for us. I am truly grateful for having Mr. Wright and his staff, help me with the case, I highly recommend Mr. Wright, he is an excellent attorney, and will fight for you!!
This review is from a person who hired this attorney.
Hired attorney

Chris represented me this past year. He was very thorough and made the process very clear and understandable. He also has experience and was able to help me have the context we needed to make the best decision I could. He was firm and even keeled in approaching our case, including during the ups and downs of the process (of mediation and so forth). He was also very kind, discrete and personable; I found him easy to relate to. I highly recommend him.
This review is from a person who hired this attorney.
Hired attorney

We co-counseled with Chris Wright on a medical malpractice case in Boone County, Missouri in 2015. Our mutual clients were the family members of a man who died due to what we believed was negligence by a medical provider. Once Chris got involved he really took the bull by the horns and aggressively litigated the case toward an excellent result for the family. Chris has the experience and connections to get the best experts in the country on board to help, which he did in our case, including a Harvard Medical doctor. Chris also framed a theory of the case, and developed facts in discovery (fighting the defense to get the information our clients were entitled to) that quickly lead to a fair and reasonable result in a notoriously tough venue. I am grateful to Chris and continue to consult with him whenever I can.
This review is from a person who hired this attorney.
Hired attorney

Attorney Christopher Wright was very professional,compassionate,reliable,my daughters case lasted several years, but Attorney Wright worked very hard to pursue my daughters case instill it was solved! if looking for an Attorney that can be trusted, and respectful, Millikan and Wright is the Attorney to call. Sandra
This review is from a person who hired this attorney.
Hired attorney

Chris represented me on my injury claim in an auto accident. He delivered on everything he promised. . He always laid out all of my options for me and gave me all of the information that I needed to make the best decision for me. Chris never pressured me in any decisions. In the end, I chose to settle out of court, but I am confident that should we have chosen to take the case to court, Chris would have represented me well.

Chris worked with me on a audiology negligence case which was settled out of court in my favor, Chris was great at breaking down all of the legal jargon so that I could understand and make informed decisions. He kept me well informed of everything that was going on. Even though I am over 18, I am still a young adult and he was very willing to conference in my parents and include them on most of our discussions. He was always available to talk to me and was able to spend plenty of time with me and my parents answering our questions and concerns. He was very proactive in reaching out to us and took time to research the issue on his own. I would recommend Chris .

I endorse Chris Wright 100%. I worked with Chris on a very serious medical malpractice case involving brain damage from failure to treat a stroke. Due to Chris' efforts on the case we obtained one of the largest settlements in the county. Chris has exceptional knowledge and skill in medical malpractice cases. His dedication to his clients is remarkable and the results he obtains are truly impressive.

Chris Wright and I have worked together and consulted with each other on several injury cases over many years. Chris Wright is an outstanding trial attorney.

I have known Chris Wright for more than 5 years. He has a personal injury practice that is dedicated to helping injury victims and their families. His knowledge of personal injury law is beyond compare. He is continuously updating other lawyers on recent cases and rule changes. Chris Wright is at the top of his game!