Dedicated to Your Defense

I began my legal career by serving six years as an Assistant State's Attorney in Sangamon County, Illinois, where I tried numerous felony and misdemeanor cases to juries.  I started in the Traffic and Misdemeanor Division, prosecuting petty traffic tickets and misdemeanor criminal offenses.  I was then named chief DUI prosecutor, and was later promoted to the Felony Division and soon became one of the office’s two felony narcotics prosecutors.  Over the course of my time as an Assistant State’s Attorney, I was assigned cases ranging from petty speeding to first degree murder, covering the full breadth of the criminal and traffic codes.  I was responsible for the prosecution of nearly 700 felony cases, over 4000 DUI citations, and countless other crimes and offenses.

Since that time, I have advised and represented clients in a wide variety of legal matters, while focusing primarily in the areas of DUI and criminal defense.  Throughout my legal career, I have prided myself on my ability to answer questions both thoroughly and promptly, negotiate effectively with opposing parties, and—in those instances where negotiations fail—obtain a favorable result through trial.  If you're in the market for a diligent, experienced attorney who knows the law, can analyze your case and explain your options, and has proven success both in and out of the courtroom, I'd be honored to speak with you. 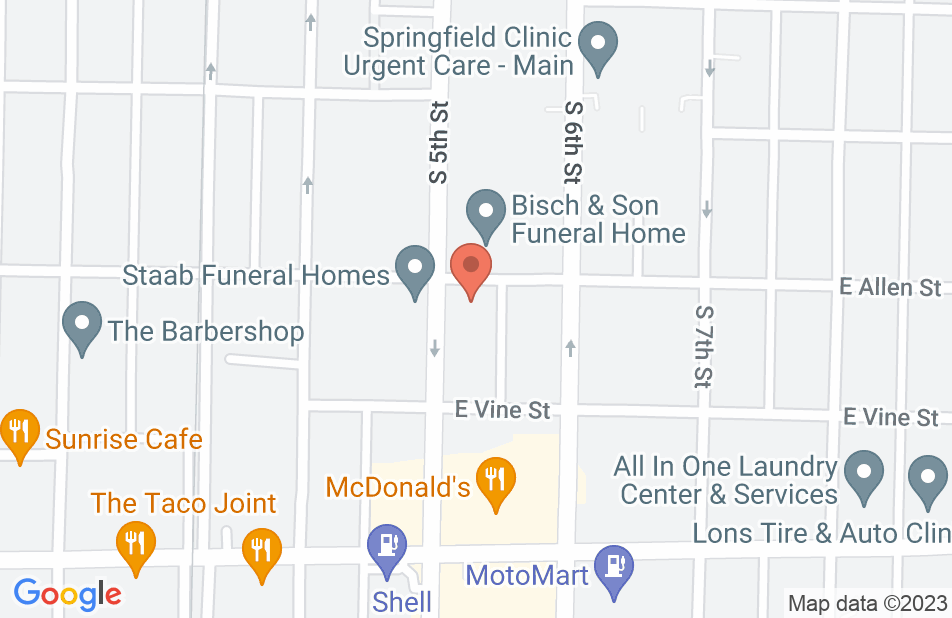 I was heading to my brothers funeral in St Louis, from Chicago... I was passing some cars and received a ticket, and had to appear in court, rather than just a fine that I could mail... this could have been a lot worse than it was, had I not found Vig Law to resolve my case... Thanks to William Vig and his firm... he was able to appear in court for me, so I didnt have to go to court, down state... he was able settle my case with a fine, court supervision and court fees... which was the best scenario I could ask for... Thank you William, Sara and Cheyenne for all your expertise and professionalism... I appreciate your help and will refer you to anyone that needs a lawyer near the Springfield Il area! Excellent attorney!
This review is from a person who hired this attorney.
Hired attorney

The best in the area hands down

I was addicted to some stimulants and caught facing multiple potential felony charges. Vigg is extremely knowledgeable in criminal law and strategic in his defense; I truthfully couldn’t have found a better lawyer to represent me when I thought all hope was lost. Trust me. I have a lot of respect for this man. He saved my career as I was a pre med student at the time and have now graduated.
This review is from a person who hired this attorney.
Hired attorney

I highly recommend attorney Bill Vig. I hired him after I got a ticket for not moving over to other line “Scott’S law” . As a commercial B truck driver this ticket go to my record would be a blow since I already have one ticket. I googled attorneys in Springfield, IL and hired him and the result was satisfying. He got me of the hook.
This review is from a person who hired this attorney.
Hired attorney

I would highly recommend Bill. He is a stand up guy, you can tell Bill truly cares about his clients, and he is very knowledgeable and definitely the expert in his field. Communication was great and always answered any questions I had in a timely fashion. I am beyond impressed what Bill was able to do for me in my case.
This review is from a person who hired this attorney.
Hired attorney

I received a ticket in the mail saying I had sped through a work zone and needed to appear in court. The violation occured on the other side of the state from where I lived so I hired Mr. Vig to represent me (incidentally he was the only law firm in the area to respond to my phone calls). He was honest and up front from the beginning. When the court date arrived, he met with the prosecutor who agreed to dismiss my case due to lack of photographic evidence. I couldn't have asked for a better result, nor for a more competent attorney.
This review is from a person who hired this attorney.
Hired attorney

I received a speeding ticket in the mail. I had to appear in court in person. I live 2 hrs. away. I called William Vig. I blindly picked him, not knowing anyone in that area. He was great. I didn't have to appear in court, and he got the ticket dismissed. I definitely recommend him.
This review is from a person who hired this attorney.
Hired attorney

A Good Attorney Who Actually Cares

I am a 100% disabled veteran. On a Saturday, I found myself needing an attorney. I found Vig Law's webpage, among others. I messaged a few law firms. Only one replied to me on that Saturday. It was Bill Vig. He took time to explain to me some options, and offered to represent me. I could not afford his fee, and I thanked him for his time. When he learned I was a disabled veteran, he made a payment arrangement I could afford and took my case. He represented me effectively and resolved my case excellently. I highly recommend Vig Law.
This review is from a person who hired this attorney.
Hired attorney

Got the Job Done

My contract with a non-profit corporation was rescinded and I was initially denied retrieval of my personal property from the facility. I hired Me. Vig to represent me. Other matters arose involving questions about donations and property. Mr. Vig resolved all questions and facilitated the successful return of all my personal property. Mr. Vig was professional, communicated in a timely manner, and explained the process thoroughly. His understanding of the situation ultimately saved us further expense and distress.
This review is from a person who hired this attorney.
Hired attorney

In 2017 something really tragic happened in my life. My name is Dillan, And when that something happened I needed a lawyer, and that’s where Mr. Vig aka (William Vig) came in. I could have had a felony on my back for the rest of my life, but he changed that. He helped me out of the mess I got myself into. He is an amazing lawyer and I advise anyone who needs one of those. Too call Vig. I will forever be grateful for him. again, without a doubt the best lawyer I know.
This review is from a person who hired this attorney.
Hired attorney

I hired Bill in 2017 during a rough time in my life. He represented me in several drug possession cases, dui's, and other related driving charges. He helped me navigate the legal system and got me the best possible outcome i could only have dreamed of. He also is very knowledgeable on everything i was going through legally. He also helped me get into treatment and give me a fresh start in life.
This review is from a person who hired this attorney.
Hired attorney
See all reviews

I've known Bill for several years. He is well respected in the legal community and quite capable--both on DUI and criminal matters. I highly recommend him.

Bill previously worked for the States Attorneys office and has extensive DUI and Criminal Felony trial experience. He is aggressive and prepares his cases well for trial. He is a good attorney and will fight for your case!

Bill is an exceptional attorney, very well-versed, and a true asset to the legal community and the clients he serves. It is without hesitation that I endorse this attorney.

James Grimaldi, DUI and DWI Attorney on Feb 26, 2015
Relationship: Worked together on matter

I endorse this lawyer. Bill and I started our careers together about a decade ago at the Sangamon County State's Attorney's Office. We were both Chief DUI Prosecutors, but at different times. Coincidentally, we both joined the defense side and now help people charged with DUI and other crimes. He has established himself as one of the go to attorneys in this area. His knowledge, coupled with his preparedness, make him an exemplary advocate for his clients.

Bill is an intelligent and articulate attorney. I have had the pleasure of working with him on presentations for the Illinois Institute of Continuing Legal Education. I also discuss active cases with Bill to get his insight and perspective. I highly recommend him.

I endorse this lawyer. He always prepares his cases well and knows DUI law very well.

I endorse Atty. Vig. He is a skilled and well respected attorney in the legal community.

Brian Polinske, DUI and DWI Attorney on Jan 24, 2014
Relationship: Other

I endorse this lawyer. Call him first if you are in need of a quality DUI attorney in Sangamon County.

I've known Bill for several years. He is well respected in the legal community and quite capable--both on DUI and criminal matters. I highly recommend him.

I endorse this lawyer. Bill was a former Assistant State's Attorney. Bill knows his way around the courthouse. And as importantly, he quickly grasps the issues that have to be addressed.

Bill previously worked for the States Attorneys office and has extensive DUI and Criminal Felony trial experience. He is aggressive and prepares his cases well for trial. He is a good attorney and will fight for your case!