John E. Remus has been with McCarthy, Callas & Feeney, P.C. since 2014 when he was admitted to the Iowa Bar, he was admitted to the Illinois Bar in 2015. He received his Bachelor of Business Administration in Finance from the University of Iowa where he graduated with Distinction. He attended Drake University for his Juris Doctor, graduating with High Honors. While in law school, John clerked for the Iowa Coalition Against Sexual Assault and Iowa Legal Aid, he also served as the Note Editor for the Drake Law Review.

John’s practice areas include assisting individuals obtain Social Security Disability and Supplemental Security Income benefits before the Social Security Administration, as well as family law, municipal law, general civil litigation, and criminal defense. John also has a transactional practice which includes real estate, business transactions, and entity formation. John has successfully represented clients on both sides of the Mississippi River and is licensed to practice in the state courts in Iowa and Illinois, as well as the Central District of Illinois Federal Court. John is a member of the Rock Island County Bar Association, Scott County Bar Association, Illinois Bar Association, and Iowa Bar Association. 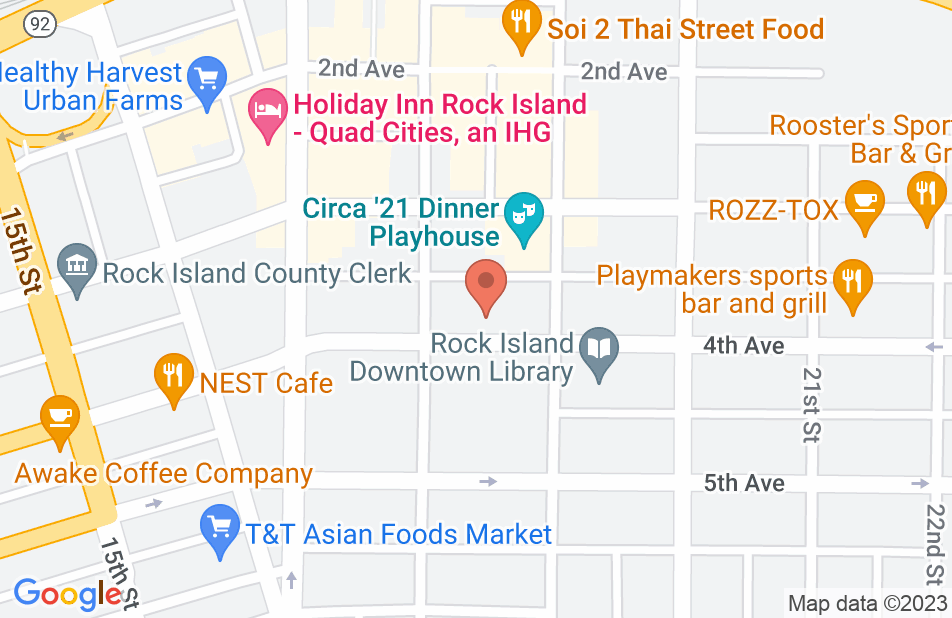 John helped me with a traffic ticket that I felt was unwarranted. He listened to my concerns and helped me get a favorable result. He was easy to talk to and personable, I would absolutely recommend him!!
This review is from a person who hired this attorney.
Hired attorney

John did great with my divorce proceedings. Was very clear and upfront about the steps needed in the process. Even with COVID-19 presenting obstacles, everything ran smoothly.
This review is from a person who hired this attorney.
Hired attorney

Ted Harvatin, DUI and DWI Attorney on Nov 4, 2020
Relationship: Worked together on matter

John and I had a mutual client with separate but related criminal legal problems. He did a fantastic job on his end, thus putting our client in a much better position for me to get him over the finish line.