Get results with the attorney who handles your case personally. A northern Illinois native, Brendan has tried cases and litigated matters in state and federal courts throughout northern Illinois for over 12 years. Focusing on all criminal defense and juvenile/DCFS matters, Brendan represents clients in Rockford, Belvidere, Freeport, Oregon, Woodstock, Galena, and Mt. Carroll. 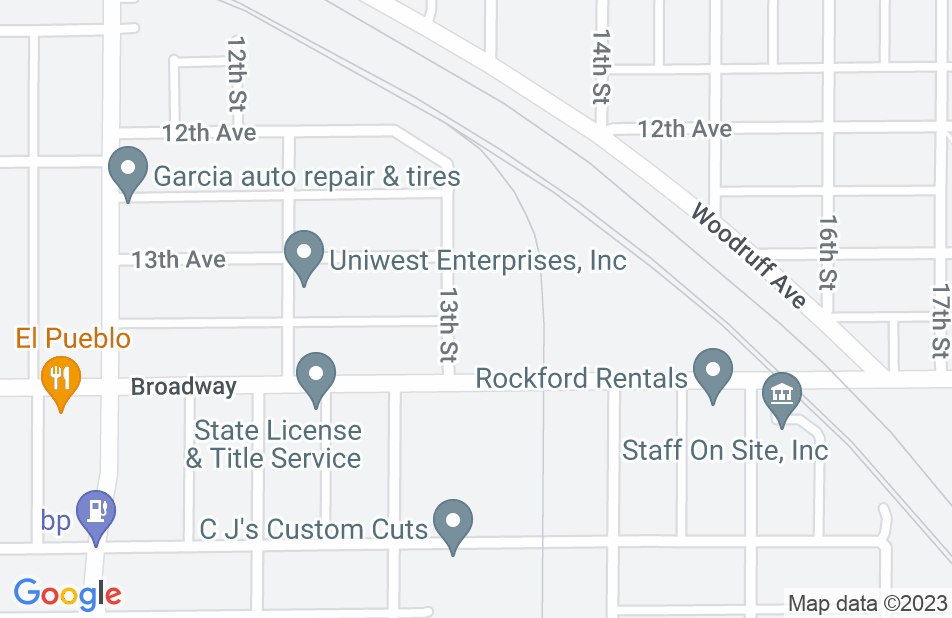 Attorney, Brendan W. Caver, is a caring, compassionate, highly intelligent criminal defense attorney. He worked very hard and went above and beyond to get the best possible outcome for my unique and challenging case. I highly recommend him!!

Greetings, Its been some time since I had a brush with the law. Being the President of a major waste to energy corp, I made a mistake in judgment when dealing with the dismissal of an employee, which an order of protection and disorderly conduct charge was filed against me. Lucky, I found Mr. Caver who used his knowledge of the law, cunning tactics and the ability to sniff out the leaks in the charges against me, exposing the truth in my favor. This attorney is kind, savvy and without question on his way up the Judaical System headed for a higher office in a swamp of attorneys who just take money and practice sloppy bench law. I was headed for a one year sentence and instead found a new understanding in criminal law and regained my faith in the Justice System through his unqine style and stature in a court room. Hands down professional- sophisticated and down right overpowering when the right moment presents itself. The only question I had was can I be assured the judge will hear the truth over the masses of under privileged people caught up in our country's broken legal system, the answer was a confident YES! When in need of council in private matters..be wiser than the rest..Call Brendan William Caver and put the judge to the test!. Respectfully,

Thank you to a great lawyer!

I would just like to thank Brendan for all the hard work and long hours he put in for us. Brendan is very good at what he does! He knows the laws and how the court system runs! He was always pleasant and made us feel comfortable in all the uncomfortable things that were talked about. He treated us like real people and not just some terrible person off the street. He gave us very smart and knowledgeable advise that definitely worked for our best interest.. He got our charge dropped from a felony to a misdemeanor which is huge when your talking about the rest of your life! We cannot thank him enough for everything he did!!! We would definitely use him again and would highly recommend him!!
This review is from a person who hired this attorney.
Hired attorney

Mr. Caver was a great lawyer. He did an excellent job representing us and our family. He is very professional and knows what he is doing. He stayed in it to the end and was very detail oriented. He knows what's right and will fight for your justice. I highly recommend Mr. Caver for any of your legal needs.
This review is from a person who hired this attorney.
Hired attorney

I am so grateful to have found Attorney Caver. He represented me better than I could have ever imagined, and put my mind and nerves to ease. He was quick to respond to my needs, which he always put first, and reached out to his contacts for my best interest. He is always available (even on weekends!) to talk to me. I have not once thought he was just collecting a check and doing as little as possible. He has helped me, as a mother, to keep it together without giving me false hope. I am completely satisfied with how my case turned out and the work of Attorney Carver; I would recommend him to anyone and know that they would not be disappointed.
This review is from a person who hired this attorney.
Hired attorney

From the moment I first met Brendan and explained my situation he treated me with the upmost respect and courtesy. He was always on time, beyond prepared, and knew exactly what was going to happen during each court date. I always felt confident in what we were doing and one thing I really appreciated was that he made me feel like a priority. I was never rushed or left with unanswered questions. In the end I could not be more happy and pleased with the outcome of my case. All charges were dismissed. The outcome was entirely because of Brendan's attention to detail and his relationships through out the court system. He has a good heart and charges his clients fairly. Brendan Craver was worth every penny and I would absolutely recommend him to my family, friends, or anyone in need of a trustworthy attorney. Thank you, Brendan!
This review is from a person who hired this attorney.
Hired attorney

Attorney Caver put forth a fantastic effort on my behalf in a case involving my granddaughter. He gave me excellent legal advice that proved to me he had both my and my granddaughter's best interest as his priority. He was responsive to my questions and quickly returned my calls. I would not hesitate to use him again or recommend him to anyone else.
This review is from a person who hired this attorney.
Hired attorney

I had multiple DUI’s in 16 months. Brendan got one of them completely dismissed and also helped me avoid two separate 3 year suspensions of my liscense. He is always professional and works hard to keep me updated, and informed during the process. He is very punctual. Brendan has helped me tremendously.
This review is from a person who hired this attorney.
Hired attorney

Brendan is great to work with. He explains everything perfectly so you can understand everything, and takes the time to answer any and all questions you may have. He will fight for you, and knows all of the ins and outs. He will put your mind at ease. Highly recommend him if you have the need.
This review is from a person who hired this attorney.
Hired attorney

Last April I needed to hire a lawyer for my son. After searching the internet and speaking to several lawyers, I decided to go with Mr. Caver. He was very knowledgeable and kept you up to date on everything and always answered all questions in a timely manner. Mr Caver gives it to you straight, he doesn’t tell you just what you want to hear. He tells you the worst outcome a long with the best outcome and guides you to what needs to be done to get the best possible outcome. He was very helpful and I’m glad we had Mr. Caved on our side! We couldn’t have gotten through this without him!
This review is from a person who hired this attorney.
Hired attorney
See all reviews

Maksim Tikhvinskiy, DUI and DWI Attorney on Oct 9, 2018
Relationship: Worked together on matter

Attorney Caver is an experienced legal practitioner who will help you if you have a criminal case. Additionally, I recommend attorney Caver to everybody who is fighting his or her case in a juvenile court. He is one of the best attorneys in Rockford in juvenile law. I endorse this lawyer and can recommend his as a lawyer with a great reputation.

Brendan is an excellent attorney in Rockford. I highly recommend him to anyone with a juvenile case or a criminal case in federal court.

I have opposed Mr. Caver on a few matters. He is an excellent attorney.

I have worked with Mr. Caver for almost seven years and I can truly say that he is a fantastic attorney. Brendan is a well-rounded attorney who has significant experience with just about any type of case imaginable.

Brendan is an absolute professional who is well-versed in the law and familiar with all aspects of criminal justice. He is the attorney you want fighting on your side.

I endorse Brendan. He is a highly skilled attorney that is well respected in the legal community.

Brendan Caver is a conscientious effective litigator who is a fierce advocate for his clients. I have known Brendan professionally for several years and I have always respected his dedication. I would highly recommend Brendan as an attorney.