We strive to obtain complete and swift justice for our clients. We limit our practice to people and their families who have suffered serious injuries or death due to the wrongful conduct of individuals, corporations or governmental agencies. There is no charge for consulting our office, and for meritorious cases, we represent clients on a contingent fee basis. For further information about our successes for other clients, please see our site, www.pfaffgill.com 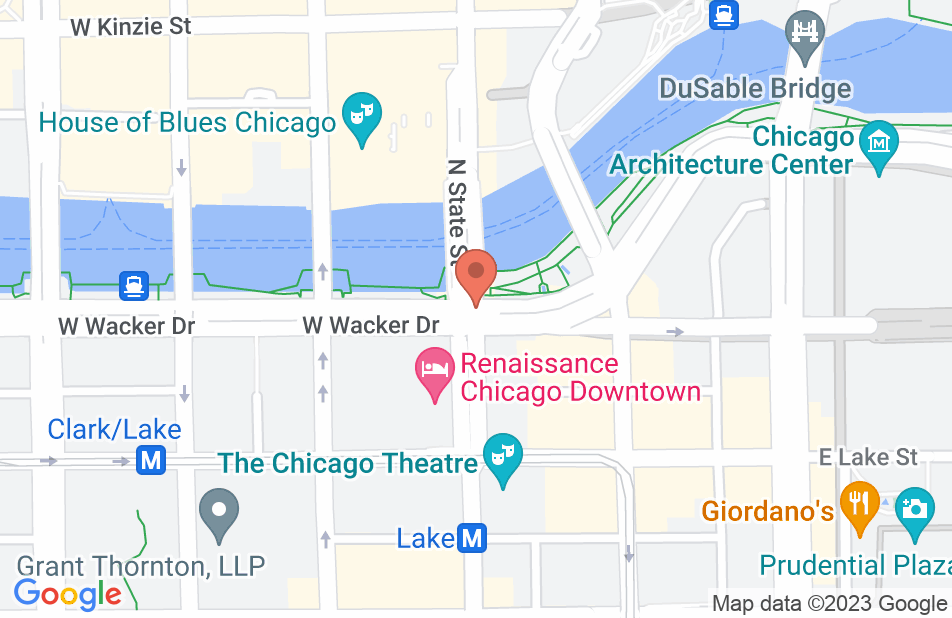 An incredible attorney who will never stop fighting for his clients.

My wife and I are lucky enough to have been blessed with 2 amazing children, a daughter and a son. We were a hardworking, middle-class family living the American dream: baseball practice, dance recitals, and an annual vacation in our minivan. And then tragedy struck. At the innocent age of twelve, our precious little girl was the victim of a catastrophic spinal cord injury. The injury occurred during a surgery to correct kyphosis. The surgery, like all surgeries, was not without risk, but in our daughter’s case it was definitely needed and was performed by an incredibly gifted, successful, and confident surgeon. After surgery, as we learned our beautiful child had been paralyzed and would most likely spend the rest of her life as a quadriplegic, we also realized we were being lied to by the surgeon. It did not take us long to figure out that our daughter’s paralysis was the direct result of the actions and inactions of not one, but two well respected pediatric spinal surgeons. We also came to quickly understand that these two talented surgeons were not the type of Human Beings that were willing to take responsibility for their actions and attempt to make amends. We hired a lawyer. Right from the start, because of the predominance of these doctors, we knew this would be a difficult case to prove. For starters, our attorney would have to find a surgeon in their highly specialized and very finite field to support our claims and be willing to testify. This task proved to be monumental as our adversaries were members of “The Good Ol Boys Club” – and that is a very tight club that will do whatever it has to do to protect one of their own. And protect they did. Our first attorney did not work out. We were devastated. Trying to care for a recently paralyzed child, while she was trying to come to terms with such a devastating disability, while also dealing with the fact that our honest, but meager income was no longer enough money to live on. Our family was drowning: emotionally, spiritually, financially, and mentally. Our second attorney did not work out either. Our third attorney was Bruce Pfaff. Such a difference. He came to our home and sat at our kitchen table. He shared the belief of his predecessors that this was an extremely difficult case, but it was a case he believed in and would see through to the end. That was the first of many visits in our kitchen. Bruce is more than calm and cool. He is extremely confident, very deliberate, and unflappable. He is also a fighter. He refuses to be discouraged and does not suffer fools lightly. He is highly intelligent and has been an intrepid advocate to our family. He was also correct in accessing the difficulty of this case. Years past. We had to file bankruptcy. Our daughter came to terms with her disability and began to strive as a Human Being far beyond our wildest dreams, as did our son. Bruce never stopped fighting for us. His strategies changed many times in a case filled with attempted intimidation and shenanigans on the part of the defense. Finally, after a 9 year battle, with our fourth trial date looming, the defense buckled due to a series of brilliant maneuvers by Bruce, and offered us a settlement. After some negotiations, which Bruce also excels at, we accepted. No amount of money could ever make things right for our daughter, but Bruce was able to secure her financial future. He forced some justice where there was none. I do not believe there are more than a very few lawyers that would have been able to accomplish what Bruce Pfaff did. He saved a drowning family. We cannot say enough good things about Bruce Pfaff and his practice. He watched our children grow up to become the remarkable young adults they are today and we are more than happy that a small part of their adolescence included those kitchen table visits with Bruce. Bruce Robert Pfaff is a finder of facts, an exposer of the truth, and a defender of victims. He empowers those that have been trampled over.
This review is from a person who hired this attorney.
Hired attorney

My mother had a motor vehicle accident in Chicago. She suffered at C5-C6 dislocation and spine fractures that caused permanent paralysis. Mr. Pfaff has accompanied us very reliably and competent from the hospital up to the end of our case. Mr. Pfaff is a high professionell lawyer! Mr. Pfaff reached for us a very successful settlement against a famous car company. We are very grateful and content for Mr. Pfaff´s great work. We can recommend Mr. Pfaff and his office explicit. Thank you very much!!!
This review is from a person who hired this attorney.
Hired attorney

We contacted Bruce Pfaff and hired him for my mother case. With Bruce's wise efforts and hardwork from entire his team we had a positive outcome in our favor. Hiring Bruce as my mother's lawyer is the best decision as a family we took . I must say Bruce Pfaff is one of the best Lawyers in chicagoland.
This review is from a person who hired this attorney.
Hired attorney

From a satisfied client's point of view

We had the good fortune to be introduced to Bruce Pfaff through a trusted family friend for a medical malpractice suit involving the “off label” use of a medication during a surgery that left my husband critically ill and permanently disabled. Bruce was generous enough to initially meet with me at my home while my husband was still hospitalized. Bruce’s quiet, self-assurance and confidence in the validity of our case were immediate and comforting. In spite of my faith in choosing Bruce to handle our legal proceedings, I was encouraged to pursue 2nd and 3rd opinions. In each instance, no other lawyer could be bothered to meet with me directly and, instead, sent young “associates” to hear our story. My decision to choose Bruce was confirmed. During the course of the lawsuit, Bruce continued to meet with us at our home, as my husband was physically disabled and travel was difficult. Bruce’s years of experience and professional relationships in the medical field proved beneficial. In spite of being up against a highly regarded, accomplished doctor, Bruce was able to defy the odds and find supportive, expert testimony on our behalf. The ensuing correspondence with Bruce and his staff was consistently respectful and professional. Our case was ultimately settled out of court within 2 years. Although, it is difficult to put a dollar amount on the pain and suffering of a loved one and what the future may hold, we trusted Bruce’s counsel on a fair settlement. We feel fortunate to have had a trustworthy, compassionate, exceptional legal advisor to advocate on our behalf during our darkest hours. We will forever be grateful to Bruce Pfaff for his incredible professionalism and personal integrity.
This review is from a person who hired this attorney.
Hired attorney

An exceptional lawyer from a client's point of view.

I had the privilege of having Bruce Pfaff and Pfaff and Gill represent my family in a medical malpractice wrongful death law suit for my husband. When I first met Bruce, his demeanor was very calm, professional, assuring and determined to get to the truth. Bruce was diligent in investigating every aspect of the case, uncovering every detail, and letting the fact's speak for themselves. He went above and beyond his duties to obtain the best expert witnesses that were needed for the complexity of the case. Over the months of hard work Bruce and his staff were always compassionate and caring as they met with my children and me. He created a personal relationship with my family and always answered all of our questions and concerns. Bruce sat down with my children and explained every detail of the case which made them feel comfortable when they had to do their depositions and testify during trial. At the trial, Bruce was remarkable in eloquently stating the issues and getting his point across. He took facts that were very technical and turned them into details that were clear and concise, so that the jury could understand and was successful in winning our case. Bruce without question is an exceptional attorney that I would highly recommend. My family will always be grateful for his compassion and undeniable dedication to the law and the truth.

From a client's point of view

In dealing with a complicated wrongful death lawsuit, along with great emotional stress, Bruce Pfaff gently led our family through the maze of legalities with care and concern. He is the utmost “professional” and used everything at his disposal to bring our case to a successful conclusion. I would not hesitate one iota in giving him the highest of recommendations.

I endorse this lawyer. I have the privilege representing a family with Bruce. In 20 years of practice, representing clients in my home state in Connecticut and several other states, I have never known someone as direct and effective as Bruce. His clarity, confidence and instincts are unmatched. He is completely fearless and the best advocate in the United States.

Mr. Pfaff is one of the best in Chicago. He has consistently taken on challenging cases, and has achieved phenomenal outcomes for his clients. I have had the pleasure of sitting at Daley Center and watching him work a case through a jury trial, and he is meticulous, passionate, and extremely knowledgeable. For product liability cases, there are few on par with Mr. Pfaff.

I endorse Bruce. He is a highly skilled attorney that is well respected in the legal community.

I endorse this lawyer. Bruce is the BEST! Meticulous and relentless, you want this guy on your side.

I endorse this lawyer's work. He is widely recognized as an excellent trial and appellate lawyer. I have not worked with or for him. Nor is he a personal friend. However, I, and many others have appreciated and benefited from the work he has done.

Bruce is an outstanding attorney and the best trial lawyer I have ever met. His work ethic is unmatched, and I can only hope to emulate his devotion to the protection of individuals from big corporations and insurance companies. It is my privilege to call him my friend and mentor.

I endorse this lawyer's work. I worked with Bruce in the same firm over 20 years ago, and still have contact with him through the Illinois Trial Lawyers Association. I am aware of various cases in which he has been, or is, involved. I consider him among the finest plaintiffs lawyers in Illinois.