Nehad Zayyad is an Attorney at ZAYYAD LAW OFFICES, P.C. Prior to being admitted to the bar, Nehad has worked for two years at an Immigration Law Firm; additionally he worked for a year at the Cook County Public Defender’s Office. He is an attorney dedicated to the practice of Criminal Defense, Traffic Violations, as well as matters regarding Immigration & Nationality Law. He regularly practices law before Illinois Circuit Courts. His expertise includes felonies, misdemeanors, felony and misdemeanor DUI cases, Drug Crimes, Murder, manslaughter, Fraud cases, Forgery, Weapons Charges, Domestic Violence, Sex Offenses, Burglary, Robbery, Theft, Juvenile Cases, Parole, Probation Violations, as well as many others. With a Juris Doctor from Thomas M. Cooley Law School, and his commitment to protect the rights of the accused, Nehad Zayyad is committed to excellence in meeting your legal needs. 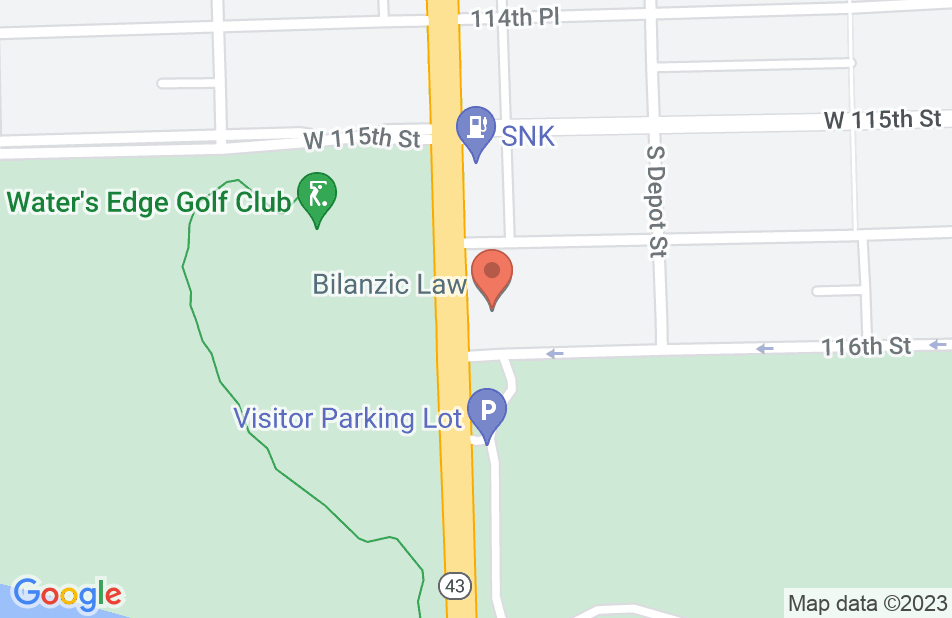 I had a very specific immigration question that Mr. Zayyad took the time to answer and provide guidance on even though I'm not a client. I will be using him for any future needs and highly recommend him.
This review is from a potential client who consulted with this attorney.
Consulted attorney

My. Zayyad is a fine defense attorney. He represented some close friends in tough cases and was able to win their cases. Highly recommended.
This review is from a potential client who consulted with this attorney.
Consulted attorney

Attorney you can rely on

Mr. Zayyad handled my case from start to finish. I had no trouble understanding the immigration process as he carefully guided me through my immigration matters. I highly recommend his services to anyone in need of legal assistance.
This review is from a person who hired this attorney.
Hired attorney

Will recommend this attorney

Nehad is a reasonable, knowledgeable, and strong attorney. He responds promptly and is professional. I was satisfied with his work.

I've used Nehad for immigration filings for my spouse. He did an excellent job from beginning to end while maintaining good contact and direction to make the process easy and effective. I highly recommend him and have already recommended him to others. I had originally found him online and after speaking to him decided to chose him to handle my case over all the other lawyers. He's knowledgeable, caring and affordable.

An Attorney you can count on!

If your looking for an attorney that will look out for your best interests, Mr. Zayyad is who you need to talk to. He cared about my case from the very start. He did everything he could to assure everything that can be done was done. I would highly recommend him to anyone.

Mr. Zayyad guided me through out my court proceedings, with care, knowledge, and professional demeanor. Helped me out in the toughest of times, with assurance that things will happen as discussed. Guided me and supported my decisions, after counseling me with my rights. I would highly recommend Mr. Zayyad to anyone looking for representation.

I endorse this lawyer. Mr. Zayyad is a competent attorney and is very well-versed in criminal law. I would highly recommend him as an attorney!

Nehad is a very hard working and thoughtful attorney. Of course, I'm happy to endorse this lawyer.

Nehad is a great attorney who represents his clients well. He is professional and respects his clients' needs, which is an asset. I recommend Nehad for anyone who needs his Criminal Defense services.

I worked with Nehad years ago and found him to be kind, detail oriented, patient, intelligent, and very capable.

Great guy, easy to communicate with, helpful to his client. Highly Recommended.

I highly endorse this lawyer ! I have known Nehad for over 10 years and have worked with him on several cases. Nehad harbors a great knowledge of the criminal defense law and has an unparalleled compassion for his clients and their causes. If I ever need a criminal defense lawyer, Nehad would be my first choice !

I endorse this Attorney Nehad Zayyad. He is very knowledgeable concerning both Criminal Defense and Immigration. He provides sage legal advice to his clients. I highly recommend him to anyone seeking legal service in these areas.

I endorse Mr. Nehad Zayyad because he is an outstanding immigration and criminal defense attorney. He is highly skilled and knowledgeable in both areas of the law and excels with situations of all difficulty levels. Mr. Zayyad is well-respected in the community and is a man who fights diligently for his clients. I have no reservations in my recommendation of Nehad Zayyad as an attorney for anyone in need of legal representation in these areas of practice.

I endorse this lawyer. Nehad is a great immigration and criminal defense attorney and any client would be lucky to be represented by him.

I endorse this lawyer. Mr. Zayyad is very knowledgeable in the areas of Immigration and Criminal Defense. I have witnessed first hand instances where Mr. Zayyad lives up to his title of counselor by treating all of his clients with compassion. He works on every case as if he would want a lawyer to work on his case. I would highly recommended Mr. Zayyad to friend and family.