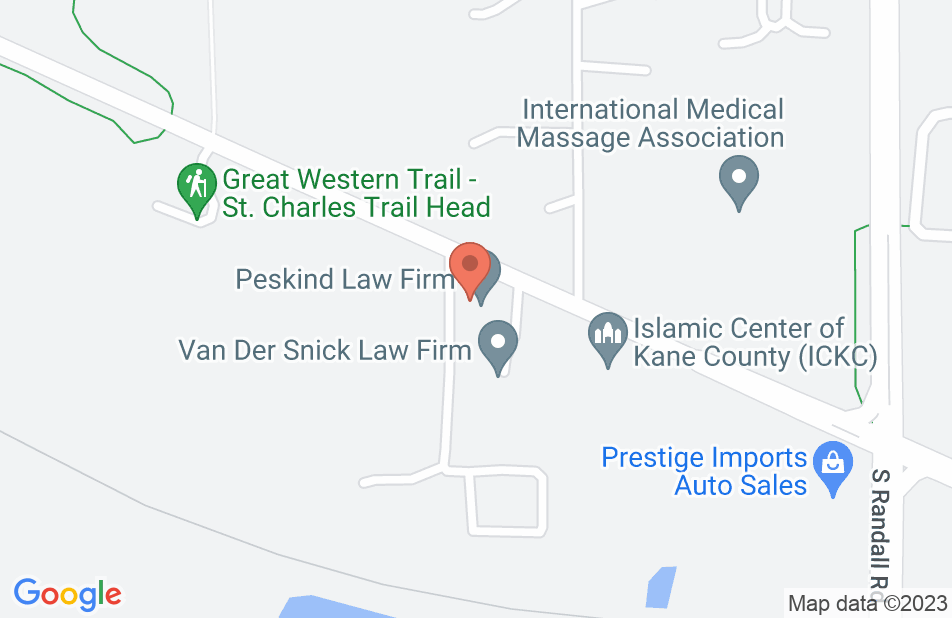 Phil Lengle was professional, up front and fair. He helped make a very difficult process much easier in a timely manner.
This review is from a person who hired this attorney.
Hired attorney

Professional yet laid back mediator

Philip Lengle was the best choice for our situation. We had considered using ndividual lawyers but then decided using Phil as a mediator would help as to not escalate the situation. He made us understand our situation in a clear way. Helped us negotiate our finances and coparenting in an adult way. I would recommend his expertise to any of my family or friends. His legal secretary Jane will also help with anything that is needed and both Phil and Jane followed up extensively. If I had any questions they were and will be there, that I know. He has helped us well beyond my expectations.
This review is from a person who hired this attorney.
Hired attorney

I made the unfortunate choice of choosing, and hiring, another pair of attorneys in West Dundee before a friend recommended Phil. My first attorneys could not handle even the most basic of court procedures, and allowed minor issues with my wife to escalate (which was both counter-productive to settling, and drove up fees/costs). Phil by contrast was able to quickly get a handle on my case and start things moving forward again. He explained things thoroughly to me at each step in the process, laid out choices, including general guidance on what the legal costs might be associated with each option, and ultimately helped me make good legal choices. He was also extremely adept at dealing with my wife's attorney by calming the situation down, and focusing on the facts and choices in front of us. That is not a judgement statement on my wife's attorney, who I am sure was only doing her best to represent my wife, but rather it is to say that Phil did not allow things to devolve over solvable problems. The difference between Phil's approach and my first attorney, was dramatic both in terms of effectiveness, and cost. I would gladly recommend Phil to friends and family.
This review is from a person who hired this attorney.
Hired attorney

I am extremely pleased with Phil. He was there for me every step of the way. He helped me get the child support amount I had hoped for and also helped negotiate my oldest daughter’s college expenses more in my favor. Phil is a very down to earth and I felt very comfortable working with him. I wish I would have known him back in 2013 when I went through my actual divorce. I highly recommend him.
This review is from a person who hired this attorney.
Hired attorney

Outstanding attorney with a realistic approach

Phil truly understood all aspects of my case and how to successfully position the arguments. Phil was realistic about my case from the outset so that I was well prepared for the ultimate outcome, which I greatly appreciate. He provided excellent advice on how to handle each step throughout the divorce process. Phil was consistently well organized, prepared, and deftly handled opposing counsel. He did this all in a calm and good-humored manner thereby making the whole process less stressful than it could have been.
This review is from a person who hired this attorney.
Hired attorney

Phil did a great job guiding me through a very tough process. His knowledge of the law is second to none. Phil was able to keep me updated through the 9 month process. Phil showed sympathy, but also provided me the realities of the divorce. I would definitely recommend Phil.
This review is from a person who hired this attorney.
Hired attorney

This was my 5th lawyer I had to use since my divorce. Been trying for custody and Father's rights. Phil was the first have things go my way. Was the first to make me feel like I wasn't just dollar signs, but actually cared how things worked out. My financial situation was not good, yet he put in all the necessary effort a client needed. He also was willing to work with me on my balance. Couldn't be happier with Phil's services.
This review is from a person who hired this attorney.
Hired attorney

I would refer Phil to anyone who wants to work with the ultimate professional, and wants top notch service. One of the things I was expecting during this process was to be "over-promised." Phil deals in reality, and not what you may want to hear. Phil is prompt, respectful, diligent, and as knowledgeable as they come in his profession and gets results. This process can be a daunting process, yet dealing directly with Phil and his staff made the process easier and seamless.
This review is from a person who hired this attorney.
Hired attorney

My experience with Phil was emotional to say the least. Phil was possibly the only reason I was able to sleep at night, function during the days and not fall apart (well, completely fall apart). Being involved in any custody dispute really pulls at your heart strings while testing your ability to fully trust someone else to handle the most precious and fragile piece of your life, while you dissipate into the shadows to some degree. The only control I really ever felt (in the midst of feeling like I had lost it all) was the matter in which I portrayed my story, my truth, in the hopes that Phil was able to take all of that, organize it, and bring to light all of what was burning inside of me. That is by far the scariest thing I have had to partake in. Admittedly I tried my hardest to simultaneously pretend that none of this was going on in my life while it also being the only thing keeping the sun from fully ever shining through during my days. Its a complete contradictory but when you feel all your emotions at once, you're allowed to be. I had to put what little hope and energy I had left into someone I had just met with (respectively speaking, as we did interview and what not) in the hopes that he could essentially become me. Phil did that, and with ease. In hindsight, he did it fairly quickly and with a couple extra sides of smooth. Aside from REALLY knowing the law, the ins and outs, Phil was able to simplify everything brought before us. Eloquently and seamlessly Phil transformed everything I brought to the table and transformed it all into a presentation that correctly depicted the real life situation at hand. Staying honest and realistic, Phil never disappeared on me and walked WITH me throughout this tireless and what seemed to be a never ending journey. When people walk in his office they are not at their best, I know I wasn't. My eyes were never dry and to say I was devastatingly scared would still be an understatement. At the end of the day, its rings loud and clear that Phil is beyond educated with Family Law. Bells and whistles were probably going off long before it was quiet enough in my head to actually hear them. I was in good hands the whole time. Both times. Phil doesnt take short cuts or pacify even the smallest of detail a client feels they need him to understand-- this is because no matter how small he may think or know a situation or fact may be, his character knows that whatever is being brought to the table at that point in time is the WHOLE WORLD to his client. Meeting Phil was the best thing that could have happened to me during the most devastating time in my life. It could have been a destructive time too- Phil wont allow that though.
This review is from a person who hired this attorney.
Hired attorney

Was able to identify and resolve closure on UA support and eliminate maintance in a rapid direct to the point manor.
This review is from a person who hired this attorney.
Hired attorney
See all reviews

I endorse this lawyer. Phil Lengle is a top attorney in Kane and surrounding counties. He treats his clients, opposing counsel and all those he encounters with dignity and respect. He is an attorney with excellent negotiation, and when necessary, trial skills. Phil is highly regarded in the legal community for his skill and integrity.