A graduate of Millikin University (B.A. Political Science/Pre-Law, 2003) and The John Marshall Law School (J.D. 2006), Ms. Oliver has interned with The Children’s Law Center and The Employment Justice Center in Washington, D.C., as well as with both litigation and family law firms in Chicago. Ms. Oliver was also elected to The John Marshall Journal of Computer and Information Law (JCIL).

Ms. Oliver was awarded with the National Advocated Top 40 Under 40- Matrimonial and Family Law award in 2015 and was named a Top Women Attorney by Chicago Magazine in 2013.

Ms. Oliver sits on the Advisory Board of of the NBA Retired Players Association, Chicago Chapter.

Ms. Oliver was admitted to the State Bar of Illinois and to the United States District Court for the Northern District of Illinois in 2007. 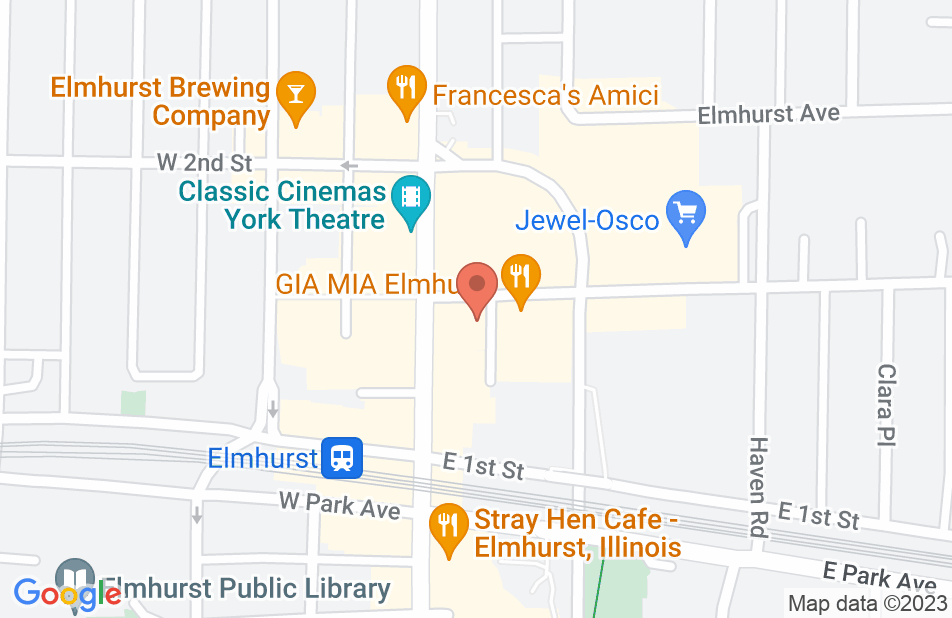 This was my second time working with Amanda Oliver and her associate Brad. Firstly, she did a great job years ago helping me gain control of my son’s college fund from my difficult ex-husband. Secondly, this time, a much happier time, she worked out a pre-nuptial agreement that protected both myself, my new husband, and the 3 children we have together. Her work and her associate Brad’s work was completely thorough and speedy, and the communication was excellent all the way through. I also feels she’s a strong champion for women and is highly honest, ethical, and brilliant. I’ve referred many friends to her, and they are ALL happy and satisfied. Additionally, her fees are very reasonable and straightforward.
This review is from a person who hired this attorney.
Hired attorney

The silver lining in a difficult transition

Amanda Oliver is an incredible woman. She is clearly a leader in her firm and everyone else lines up under her excellence. Her bedside manner is friendly and outgoing and this is someone you would have a cup of coffee with. The motives of her heart are compassionate and she handles difficult situations with wisdom, experience and class. I have had the pleasure of working with several attorneys under her as I had a high conflict and difficult case. I always felt respected and that my painful situation would be resolved. I was not a number and I did not feel judged as I was taking apart my life piece by piece in summing up my life experiences in credits of alimony.  All of her support staff is competent. She has lovely receptionists that are kind and considerate when taking payments. The paralegals and assistants email documents quickly. Everyone is part of the process and you can tell that there is good communication and no one drops the ball. If you are just starting a process and don't know where to begin, schedule a consultation appointment today. I would have shaved off years, saved thousands of dollars and unnecessary pain if I had contacted them first. The consultation fee will save you in the long run.
This review is from a person who hired this attorney.
Hired attorney

Smart, Sympathetic, and Tough When Necessary

I hired Amanda when I filed. I went into the divorce very naive, believing my ex and I both had the best intentions in mind. Amanda was very respectful of this, and did as I asked - a simple divorce. I believed the divorce would be done in 6 months. Thankfully she was smart enough to set a future trial date, because I would probably still be in litigation if she hadn't. She did not want legal/court fees to carry on and on with a difficult spouse. (She saw the red flags when I did not.) Amanda is very kind and understanding. She will do what her client feels is best, she always wants what is best for the family, as does her entire firm at Weiss-Kunz-Oliver. But if the tables turn, she will go to bat for her client. I felt like a wounded deer in a pack of wolves, and she came in like a mama bear. The entire office at WKO is very honest and open. They consistently update with legal fees, and what fees for subpoenas would be so that their clients are never blind-sided with legal fees. I owe a lot of gratitude to Amanda and the entire staff at WKO - This is this law firm you want to represent yourself and your family.
This review is from a person who hired this attorney.
Hired attorney

She quickly contacted me, succinctly gathered details about my situation, and clearly explained my options and answers to my questions. Very friendly when I contacted her via email, phone, and in person. Most importantly, she identified ways in which I can save money and protect myself from future legal problems. I'm grateful that I had such a positive experience!
This review is from a person who hired this attorney.
Hired attorney

Amanda was great from the very first contact I had with her. She was very understanding and empathetic of my situation. She helped me expedite my divorce as much as possible and was accessible to me whenever I had questions. Her support team was great as well; very friendly and knowledgeable.
This review is from a person who hired this attorney.
Hired attorney

I was referred to Amanda after months of frustration trying to enforce my divorce judgement pro se. She is responsive, a great listener, compassionate, and, most importantly, knows the law. My post decree issues were challenging, and she helped me realign my focus and expectations based on what was most important to me. Amanda stopped my ex-husband's bullying tactics with professionalism, while being mindful of my budget. My only wish was that I knew her when I initially asked for the divorce. I would not hesitate to refer her to anyone who would surely benefit from her expertise.
This review is from a person who hired this attorney.
Hired attorney

amanda helped me with custody of my son. her ability to keep me focused on honest legal advise and not what i wanted to hear is a major plus. she is constantly fair about what your options are as her client and your position. she is assertive with both her stances with you & the other party. you'll never doubt that she is your advocate in a court of law working for what is best for your case.
This review is from a person who hired this attorney.
Hired attorney

Amanda is extremely knowledgable in the field. She is professional, timely and respectable. She was available when I needed her. Amanda explains all aspects of the situation so you can truely understand what is going on. She uses terms that are easy for me to comprehend since I am not in the field of law. I would highly recommend Amanda.
This review is from a potential client who consulted with this attorney.
Consulted attorney

If you ever need an awesome attorney call Amanda!

She's an awesome attorney. Amanda, helped me get my son back. His mom moved out of state, and she strategically fought to help me win. Thanks, Amanda
This review is from a person who hired this attorney.
Hired attorney

I hired Amanda to assist me with a post decree matter. I found Amanda to be patient and incredibly responsive. There were times I emailed Amanda on weekends, early mornings and late at night. She was always prompt to respond. Amanda is extremely knowledgeable on custody and post decree matters. She is straightforward, direct, no nonsense but with a compassionate spirit. She helped to make a very difficult time in my life more tolerable.
This review is from a person who hired this attorney.
Hired attorney
See all reviews

Sarah Nolan, Divorce and separation Attorney on Feb 28, 2016
Relationship: Worked together on matter

Amanda is a great attorney and a strong advocate for her clients. She is a skilled negotiator who knows how to get a deal done. Prepared, poised, and whip-smart, she is a formidable opponent in the courtroom.

I endorse this lawyer. Amanda is extremely knowledgeable. She listens to her clients' needs and responds in kind.

Amanda is a zealous advocate for her clients. I endorse this lawyer.