If you or a loved one has been injured or killed due to the negligence or wrongful conduct of another, you need an experienced attorney who will fight on your behalf. 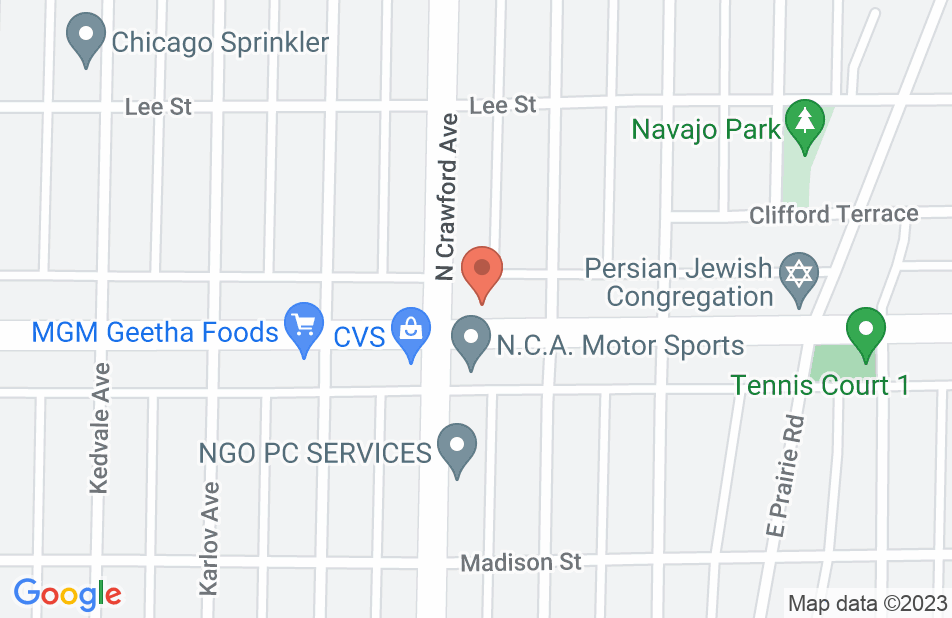 Michael Fradin Gets the Job Done

Mike Fradin succeeded heroically with a case involving my elderly but very healthy mother being injured by an employee of a corporation, in this case, working for a vast grocery store chain in Florida, with stores throughout the south and southern mid-Atlantic. Although Mr. Fradin lives and works in the Illinois area, he was able to analyze the situation with a fine legal eye and activate an approach that put the corporation on the defensive. Mr. Fradin's defense of my mother, who was permanently injured by the grocery store's negligence, which occurred when an employee dropped a case of food on her while she was shopping, was vigilant. He also found a top Florida attorney who knew the laws of that state. Partnering with him, Mr. Fradin developed a personal injury case that challenged the corporation's usual assumption that they could just roll over people. After multiple attempts by the corporation to delay the case, Mr. Fradin was able to force them into a mediation process. Representing my mother, I was at the table face to face with the attorneys representing the corporation who could not shrink from the human damage they had caused. More importantly, Mr. Fradin, with the assistance of the Florida attorney's inside knowledge of Florida law, was relentless in negotiations to ensure the corporation did not shrink from its obligations to my mother, who had suffered through multiple surgeries and doses of anesthesia, which is extremely damaging to elderly people. After a rather tough and often rude mediation experience, thanks to the recalcitrant corporation, Mr. Fradin was able to secure an agreement that covered all my mother's medical expenses. This was not easy and took will and unyielding negotiations. It was also a well-deserved acknowledgement to my mother, whose wounds never really healed, but who was always grateful to Mr. Fradin.
This review is from a person who hired this attorney.
Hired attorney

I highly recommend Mike Fradin. He handled my case with care and worked hard to get me the best results available. He followed through on everything he said and communicated with me every step of the way. I always knew what was happening and he made sure I was happy. He is very personable and listened to all my concerns.
This review is from a person who hired this attorney.
Hired attorney

My wife and I were involved in an auto accident in which the other driver rear ended us. Michael represented us in dealing with the other insurance company. Once we hired Michael, we no longer had to communicate with the insurance company again. He handled everything in a most professional way. Michael kept in close contact with us at every stage and answered all of our questions in a timely manner. Ultimately, Michael reached a fair settlement with the insurance company and we didn't have to go to court. It was clear that Michael's extensive experience in similar cases resulted in the insurance company agreeing to a higher settlement than otherwise would have been the case. We both highly recommend Michael to anyone who finds themselves in need of a personal injury attorney.
This review is from a person who hired this attorney.
Hired attorney

I would not hesitate to hire Michael Fradin. We worked together on a novel, complicated case. His ideas expedited victory for our client, and he is a great balance of book smart and practical and measured yet aggressive. If you have been wronged, I encourage you to talk to Michael. He cares about his clients, provide sound, reliable advice and will be taken seriously by the opposing party.

I have worked side by side with Mike on several personal injury matters. I can, without hesitation, relate that Mike is caring, passionate, patient [much more than I am!] and very thorough.

Branigan Robertson, Employment and labor Attorney on Mar 1, 2019
Relationship: Worked together on matter

Mike is a thoughtful and persistent attorney. We worked together on a case a few years back and got a resolution for a lot of people. Without Mike's help, it would have been difficult to successfully resolve our case. He also helped handle many of our clients. I endorse and recommend him!

I endorse this lawyer 100%. Michael did a phenomenal job of wrapping up one of the most difficult cases that I have ever seen. He is a terrific lawyer and a very hard worker.

I highly recommend Illinois personal injury attorney Michael Fradin. As a fellow attorney I learned about Mike through our online interactions. He has a wealth of knowledge on the subject, and he utilizes many outstanding, unique and very creative trial strategies. Mike has an amazing ability to make everyone feel important. He takes a particular interest in helping others achieve their goals, and I know that he feels exactly the same way about all of his clients. Anytime I get a call from a potential client needing a personal injury or accident lawyer in Illinois, Mike is the first and only name I give. If Mike cannot help them, he will know the best attorneys who can. I especially recommend Mike for the most serious injury and death cases.I endorse this lawyer.

Michael Fradin is a very knowledgeable lawyer and an excellent writer. He is hard working and always coming up with new ideas to help his clients. I endorse this lawyer without hesitation.